Airlines are ‘ripping-off’ passengers by cancelling their return flights if they miss their first one with hidden ‘no show’ clauses, watchdog warns

Airlines are routinely cancelling passengers’ return flights if they miss the first leg of the journey, a watchdog claims.

The ‘rip-off’ practice can leave travellers thousands of pounds out of pocket, says Which?.

So-called ‘no-show’ clauses are often buried in the terms and conditions when a ticket is purchased. 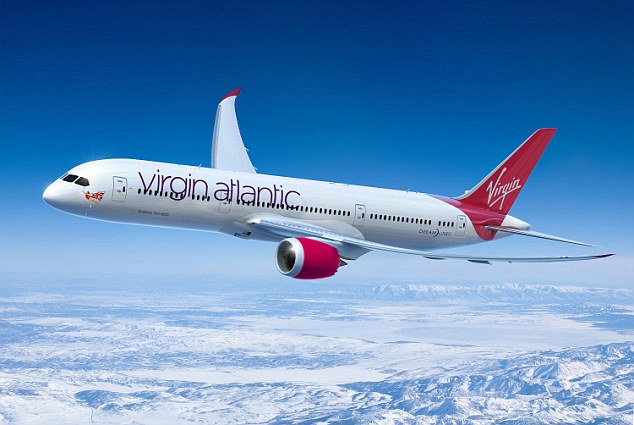 Airlines are routinely cancelling passengers’ return flights if they miss first leg according to Which?. Stock picture shows a Virgin Atlantic plane

They involve cancelling connecting or return flights if someone does not board the plane for their first flight – even if they have made an outward journey on a different flight. Typically no refund is given and seats can be re-sold, allowing airlines to double their money.

Alex Neill of Which? said: ‘Missing a flight because you’re stuck in traffic or on a delayed train is frustrating enough, but for the airline to then turn around and say your return journey is cancelled as well is completely unfair and unjustified.

‘We don’t think there’s any good reason for a no-show clause to exist. It only works in favour of the airline. It should be removed immediately by airlines, who need to show more respect for their passengers.’

The consumer group said passengers often find out their tickets have been cancelled only when they arrive at the airport for their return leg. They then have to buy another seat as the last minute at often inflated prices, or pay huge penalty fees to use their original ticket.

One traveller who contacted Which? reported having to pay Virgin Atlantic an extra £1,354 to get home from New York after she missed a flight from London. This was more than the price of her original return trip.

Which? has joined forces with counterparts in nine other European countries to try to stamp out the practice.

It has written to nine carriers – including British Airways and Virgin Atlantic – informing them their policies are potentially in breach of the Consumer Rights Act. Watchdogs in Holland and Greece are due to announce court action against Dutch airline KLM over the issue today. The ‘rip-off’ practice can leave travellers thousands of pounds out of pocket, says Which?. Stock picture shows a plane taking off

Yesterday British Airways said customers with ‘genuine’ reasons for missing their outward flights would have their original return journey protected.

A spokesman said: ‘Many of our tickets allow customers to make changes to their flights if they inform us before they travel. If a customer arrives at the airport after genuinely missing their flight, their return flight will of course be protected.

‘It is common practice within the airline industry for customers to be required to use flights in the order stated in the booking, and they are asked to agree to these terms when they make a booking.’

A Virgin Atlantic spokesman said: ‘We are aware of the report and are in the process of investigating further. We never want to disappoint our customers, and make our terms and conditions clear at the point of booking.’

The report by Which? comes months after the Government said it would launch a probe into the price of airline tickets and ‘hidden’ add-ons such as booking and baggage fees. Charges to reserve seats cost passengers £400million a year.

Industry body Airlines UK said it did not wish to comment on the Which? report.