Reporters from The Age have been named as finalists in the Walkley Foundation’s 2022 Mid-Year Celebration of Journalism. 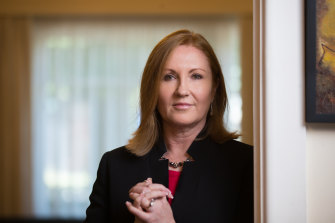 Multiple award-winning business reporter Adele Ferguson, from The Age, and ABC 7:30’s Chris Gillett have been nominated for the June Andrews Award for Industrial Relations Reporting for their investigation into Australian construction giant CIMIC.

Nominated in the same category are The Age’s Ben Schneiders and Royce Millar for their series on workplace relations in private schools, which included the revelation that LGBTQ people who work at religious schools had no protection from anti-discrimination legislation.

Natassia Chrysanthos and David Leser are finalists for the Our Watch Award for their articles in Good Weekend “Sex, schoolkids and where it all goes wrong” and “‘What heartache or trauma could have been avoided?’: teen hook-up culture’s social fallout”

Senior reporter Chip Le Grand, meanwhile, is a finalist for the June Andrews Award for Arts Journalism, nominated for three articles, “Rogue Gallery: Tristian Koenig and the case of the missing artworks”, “Top global dealer among victims of art rogue” and “Twiggy steps in to help artist “fleeced” by gallery owner”.

“The Walkley nominations underline the depth and diversity of Age journalism, from business reporting to important social issues to the arts,” said editor of The Age Gay Alcorn.