An Afghan refugee has revealed how he nearly boarded a dinghy which sank in the English Channel last week, killing four migrants.

In a camp near Dunkirk, a 27-year-old Afghan said Kurdish smugglers had stopped him boarding the vessel that capsized in the Channel during the week because it was so overcrowded.

The man, who claims to have been an army doctor in his homeland, said he and dozens of others made a ten-hour journey by foot to get to a remote beach to make the crossing.

‘I feel lucky I was not on the boat. But I’ll try again,’ he said. ‘I cannot go back to Afghanistan because of the Taliban, I will try to work as a doctor in England.’ 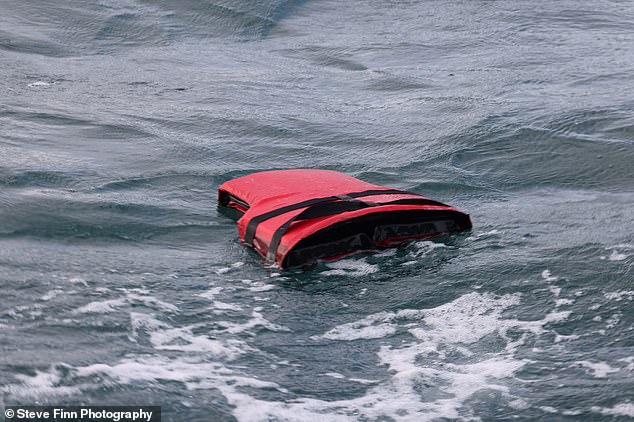 An Afghan refugee has revealed how he nearly boarded a dinghy which sank in the English Channel last week, killing four migrants

Yesterday, in the first break in the weather since the tragedy on Wednesday, hundreds of migrants crossed the Channel.

The first arrived in Dover at 3.15am in the Border Force boat Defender which had picked up around 60 migrants.

Two further lifeboats carrying about 45 and 50 migrants arrived before 7am.

It is thought that up to ten fully laden boats arrived.

On one boat, the migrants had not even been given lifejackets.