London: “When I was a kid, I had the sense things were more difficult for me,” Tiffany Bui recalled. It was hard for her to focus in school, and she was often forgetful. Throughout her life, she said, members of her family criticised these traits as faults.

In the autumn of 2020, when she was a final-year student at the University of Minnesota, Bui, 21, was struggling with anxiety and depression. She visited the school’s health clinic, where she was prescribed an antidepressant, but her attention troubles persisted.

When she later returned to the clinic, the doctor asked if she had considered that she might have attention deficit hyperactivity disorder, or ADHD. 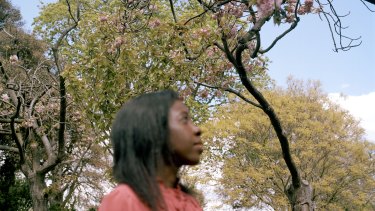 When Rach Idowu sought a referral for an evaluation she didn’t match the profile of a person with ADHD.Credit:Adama Jalloh/The New York Times

“I started reading up, just doing some self-research about what ADHD looks like in women, and it was like, ‘Wow, no one’s ever talked to me about this before,‘” Bui said. She wasn’t exclusively consulting medical websites; on social media, she saw posts from women talking about their experiences with ADHD, which she said were “incredibly specific and so relatable.”

Bui was referred to a psychologist in Bloomington, Minnesota, where she sat for a neurological assessment sometimes used for diagnostic purposes, most often in children. It included word association tests, math problems and pattern-recognition exercises. Finally, following a lifetime of symptoms, Bui was diagnosed with inattentive ADHD.

(ADHD falls on a spectrum of three “types”: inattentive, hyperactive or combined type. Inattentive is used to describe symptoms like forgetfulness and other traits related to concentration.)

Bui’s story is not uncommon: Many women and people of colour are only now learning, after years or even decades of difficulty, that they may meet the diagnostic criteria for ADHD, thanks in part to a wave of creators on social media trying to spread awareness.

These creators are sharing web comics (like Pina Varnel, 31, who is known as the ADHD Alien on Twitter), videos (Dani Donovan, 30, does so on TikTok, and Jessica McCabe, 38, on YouTube), newsletters (like 26-year-old Rach Idowu’s Adulting With ADHD), blogs (such as 36-year-old René Brooks’ Black Girl Lost Keys) and memes (“tell me you have ADHD without telling me you have ADHD”) that aim to help people identify symptoms and find community.

Dr Lidia Zylowska, a psychiatrist and the author of Mindfulness Prescription for Adult ADHD, said she had not observed an uptick in women of colour being diagnosed with ADHD. However, she noted, “there is an increasing trend in awareness in the ADHD field and the general public that people of colour, and especially girls and women of colour, may be overlooked and not given the ADHD diagnosis and treatment.”

Though medical researchers found, in a recent review of more than 300 studies, that ADHD was overdiagnosed (and over-medicated) in children under the age of 18, those diagnoses skewed toward certain demographics.

White children are more likely to receive diagnoses and treatment for ADHD than children of colour, as diagnostic models have long been based on research focused on young white boys.

Symptoms of the disorder may present differently in girls, and the emotional toll can be intense; one longitudinal study focused on girls and young women found that subjects who had been diagnosed with ADHD as children showed marked impairment 10 years after their diagnoses, including a high risk of self-harm.

“Eventually you hit a wall academically or professionally, and then you need to address all of these layers of built-up failed coping strategies,” said Leah Islam, 28. Islam had struggled with depression since age 13 but did not receive an ADHD diagnosis until turning 21. Their parents hadn’t supported their search for mental health care; it wasn’t until recently that Islam began discussing medication with their mother.

For some people, ADHD content represents a step toward identifying or explaining the ways they have felt different. It has also helped them advocate for their own evaluations; because ADHD is thought to be diagnosed in childhood, getting evaluated as an adult can be challenging (especially for people of colour, who face implicit bias when seeking health care). People with ADHD are also more likely to be unemployed and therefore uninsured.

When Idowu, who lives in England, sought a referral for an evaluation through the UK’s National Health Service, her family’s general practitioner said she didn’t match the profile of a person with ADHD.

Idowu had read on Reddit about the difficulties of getting an evaluation and had come prepared with anecdotes from her childhood, as well as more recent workplace examples. She was given a referral, and nine months later she was able to see a specialist. Her most popular newsletter send details this process; some subscribers have told her it helped them navigate their own diagnostic processes.

ADHD has been diagnosed in 9.4 per cent of children in the United States, according to a 2016 study from the Centres for Disease Control and Prevention, with rates rising in the past two decades. It is debated whether children grow out of it in adulthood, an attitude that is evolving as recent research shows diagnostic rates growing rapidly among white adults.

By adulthood, many without diagnosis or treatment have spent years feeling isolated or different. Courtney Pflieger, a private-practice psychologist who herself has ADHD, said people with the disorder often experience negative feedback as adults.

“It really feeds: ‘What’s wrong with me, I must just be broken,’” she said. 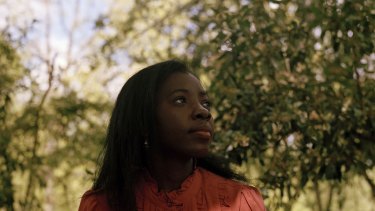 Bui’s own symptoms went unnoticed for years because she was able to do fine in school.

Like many others who aren’t diagnosed until adulthood, she was “masking” her symptoms — adapting to neurotypical behaviours and standards in order to fit in.

(Masking forgetfulness, for example, might mean privately relying on a bulwark of organisational strategies — like setting phone alarms for every step of doing laundry.) She still doesn’t feel comfortable telling her family about her diagnosis.

Though the internet has been a tool for visibility and education, it is also full of dubious information — young adults who attribute abilities like being able to “unfocus” their eyes to ADHD, for example — and people engaging in self-serving performance.

The ADHD hashtag has over 2.7 billion views on TikTok, and the popularity of the genre incentivises creators to churn out content, with some people adding the hashtag to unrelated videos to boost their visibility. This is part of the platform’s broader issue of unmoderated mental health content, where videos can gain popularity regardless of accuracy.

All of which is to say: No one should decide they have ADHD after watching a TikTok video, as the symptoms mentioned may be inaccurate or imprecise.

“I am hesitant about self-diagnosis, because there are so many things that overlap with ADHD that can look like ADHD,” Pflieger said. “I want people to feel free to develop suspicions. I want people to have that space to be able to hold the question and not be penalized for it.”

White children are more likely to receive diagnoses and treatment for ADHD than children of colour.

“You have to be very careful about looking it up on the internet, because there’s no quality control,” said Sandra Loo, an associate professor in residence at UCLA’s Centre for Neurobehavioural Genetics.

Some content creators’ work has been embraced by advocacy groups and medical professionals as a form of outreach. Donovan’s comics have been shared on the website for the ADHD nonprofit Children and Adults with Attention-Deficit/Hyperactivity Disorder, as well as in the organization’s magazine and on its social media pages. Psychiatrists and clinical psychologists have asked if they can use her comics in presentations for staff or as part of training for schoolteachers about ADHD. in children.

The creators say they take fact-checking seriously, though they are quick to note that people seeking help should consult professionals.

“I feel very responsible to make sure the experiences I share are correct, and that the knowledge I share is backed by science,” Varnel said, adding that her Twitter account is making the information “easy to digest.”

“I see my work more as a first step and an encouragement to seek a professional opinion or further education.”

“If you’re going to be an ADHD creator, you have to be devoted to being accurate and ethical,” Brooks said. “People place a huge amount of faith in us.”