President Joe Biden is catching heat from a top member of his own party on Sunday after the commander-in-chief failed to rule out a meeting with Saudi Arabia’s leaders in a future trip to the region.

It comes as the president is reportedly readying for a trip to the Gulf that includes a face-to-face with de facto Saudi Arabian ruler Crown Prince Mohammed bin Salman.

Schiff called for the ruler to be ‘shunned’ by the globe – and the president.

Bin Salman – or ‘MBS,’ as he’s known – was accused of orchestrating the murder of US-based Saudi journalist Jamal Khashoggi in 2018. He’s denied having a hand in the matter, despite American intelligence reports indicating it happened on his orders.

‘This is someone who butchered an American resident, cut him up into pieces and in the most terrible and premeditated way,’ Schiff said.

‘And until Saudi Arabia makes a radical change in terms of human rights, I wouldn’t want anything to do with him.’

On the 2020 campaign trail Biden had vowed to make Saudi Arabia a ‘pariah’ on the world stage if elected, citing the oil-rich nation’s human rights abuses.

But it appears the White House is finding it tough to stick by that pledge as it grapples with surging gas prices fueled by out-of-control inflation combined with Russia’s invasion of Ukraine wreaking havoc on the energy supply chain. 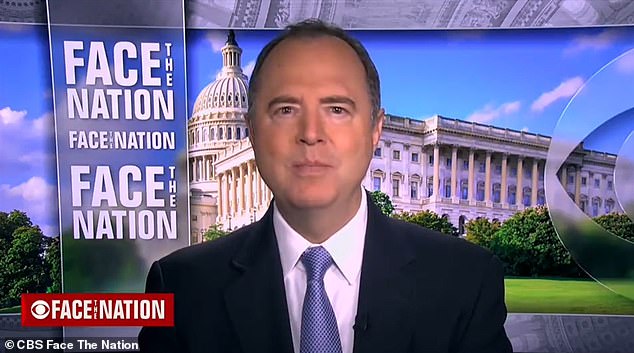 After Biden gained bipartisan praise for banning Russian energy imports in response to its brutal attack, the president quickly drew criticism from Republican lawmakers amid reports that his officials were looking at countries like Saudi Arabia, Iran and Venezuela to fill the gap left behind.

Schiff, a progressive, appeared to echo those concerns on Sunday.

‘I understand the degree to which Saudi Arabia controls oil prices. I think that’s a compelling argument for us to wean ourselves off of reliance on foreign oil and on oil more globally, so we don’t have despots and murderers calling the shots,’ the California Democrat said.

‘But no, I wouldn’t go. And If I had to go to the country for some other reason, I wouldn’t meet with the Crown Prince, I think he should be shunned.’

He conceded that the government ‘should make every effort to lower oil prices’ but added: ‘going hand-in-hand to someone who’s murdered American resident would not be on my list.’

Schiff advised Biden to wait on the Saudis to make some improvements in the energy fields and their human rights record before extending the ‘dignity’ of a presidential visit. 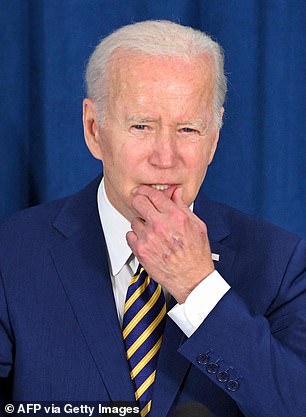 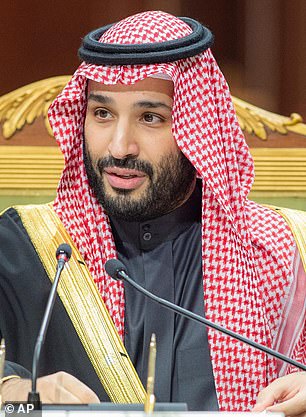 Biden had pledged to make Saudi Arabia a ‘pariah’ on the world stage while he was campaigning for president, but it appears that high gas prices driven by soaring inflation and Russia’s invasion of Ukraine have forced him to recalibrate

‘I would want to see Saudi Arabia, lower their oil prices- or increase their production rather. I’d want to see them make changes in their human rights record,’ the Democrat lawmaker said.

‘I want to see them hold people accountable, that were involved in that murder, and in the torture of other detainees before I would extend that kind of dignity to Saudi Arabia or its leadership.’

DailyMail.com has reached out to the White House for comment.

Multiple outlets including NBC and The New York Times reported last week that Biden was planning a trip to Israel and Saudi Arabia later this month.

It was reported Friday that the visit had been pushed to July for undisclosed reasons, and that the date remains in flux.

But the president denied having any solid plans to visit the region during a press conference after his speech on the May jobs report on Friday morning.

‘I’m not sure whether I’m going,’ Biden told reporters. I have no direct plans at the moment.’

But let me tell you that I have been engaged in trying to work with how we can bring more stability and peace to the Middle East.’

He added: ‘And there is a possibility that I would be going to meet with both the Israelis and the Ara- some Arab countries at the time – including, I expect, would be Saudi Arabia – would be included in that if I did go.’

Biden chided the press for ‘getting way ahead’ of themselves by asking about whether that trip would also include a face-to-face with MBS.

But the president defended himself when asked about his prior comments calling f Saudi Arabia a ‘pariah’ with ‘very little social redeeming value’ in their current government.

‘Look, I’m not going to change my view on human rights. But as President of the United States, my job is to bring peace if I can — peace if I can. And that’s what I’m going to try to do,’ he said.