Animal activists dressed as ‘bruised and bloodied’ sheep were demonstrating today outside Urban Outfitters in London to protest against the use of wool which they claim is ‘always a product of extreme violence’.

The demonstration was organised by PETA, an animal rights charity, and took place outside the Oxford Street branch of the retailer this afternoon.

The supporters could be heard ‘bleating’ as they stood outside the store holding placards bearing vegan slogans including ‘sheep suffer, ditch wool’ and ‘wool hurts, wear vegan’.

The charity claims that a 2018 investigation revealed workers in the wool trade mistreat sheep during the shearing process. 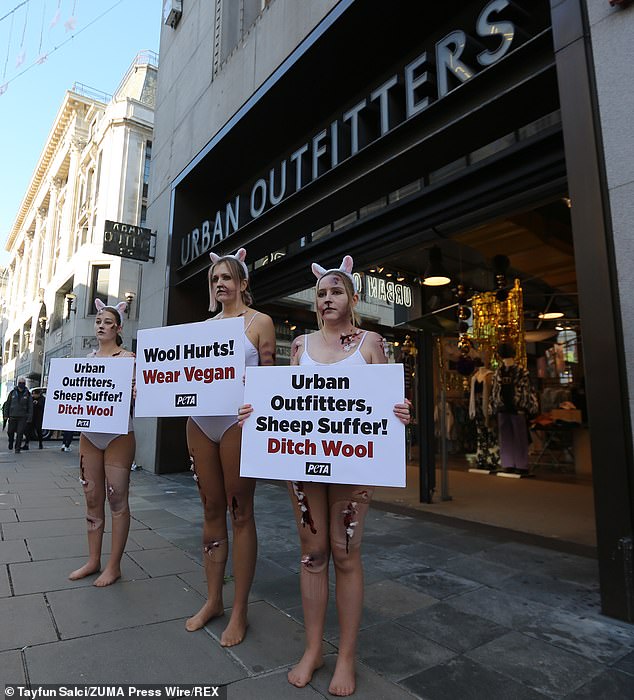 Pictured: PETA animal activists dressed as ‘bruised and bloodied’ sheep were demonstrating today outside Urban Outfitters in London to protest against the use of wool in their clothing 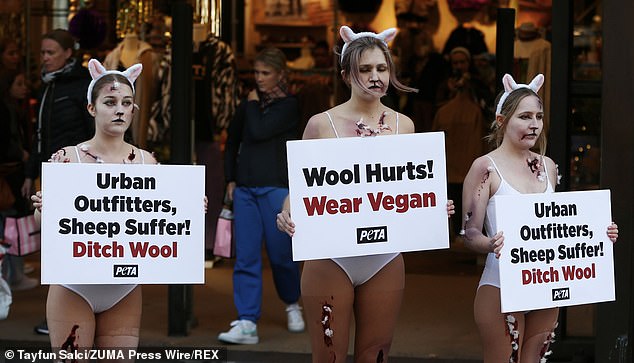 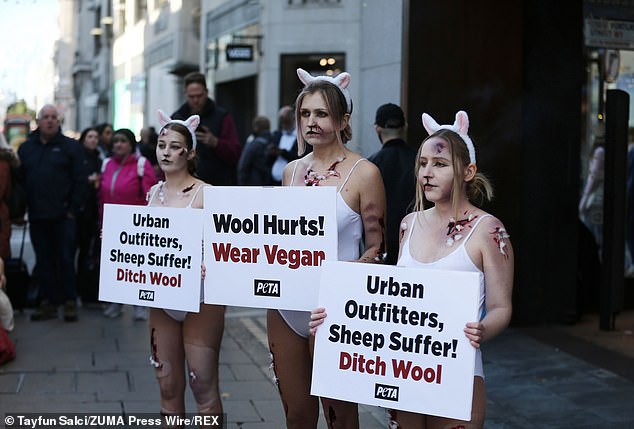 It is the latest demonstration targeting Urban Outfitters Inc – which includes Urban Outfitters, Anthropologie, and Free People – urging them to abandon the use of animal products in their clothing.

PETA (People for the Ethical Treatment of Animals) accuses the company of ‘selling clothing and accessories made of numerous animal-derived materials, including wool, cashmere, mohair, leather, down, and alpaca fleece, which are always a product of extreme violence, cruelty, and fear’. 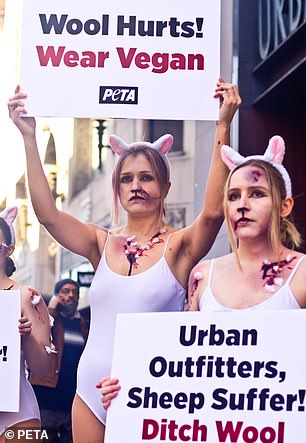 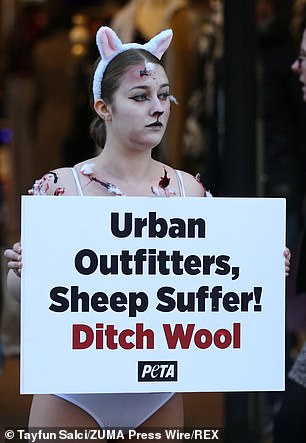 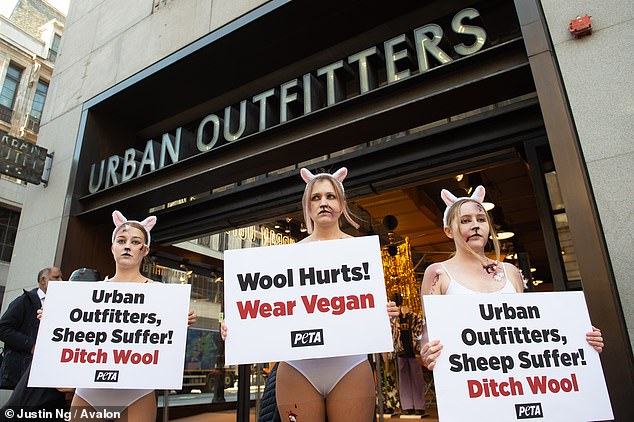 ‘PETA is calling on all Urban Outfitters brands to live up to their progressive marketing and ditch wool.’

PETA says it has collected dozens of videos which show sheep being mistreated on English farms after an undercover investigation in 2018.

Distressing footage which can be viewed on their YouTube channel shows that during shearing, workers hit, kick, and mutilate sheep for their wool, the charity says.

According to PETA,the company already sell luxurious animal-free textiles, and they also banned items made with fur, angora, and exotic skins after learning how these industries abuse animals but is calling on the company to go one step further.

As part of its international campaign against Urban Outfitter Inc, PETA US became a company shareholder last year.

The charity has targeted other shops across the world and in the UK, including one in Cambridge in May this year.