The Victorian government could roll out a QR code check-in app within weeks and at no cost if it adopts the ACT's tool that some epidemiologists believe is crucial to gold-standard contact tracing.

The ACT has developed an app that residents use to scan into venues like restaurants and shops. The technology, a similar version of which is used by NSW and countries including New Zealand and South Korea, allows contact tracers immediate access to information about who was in a venue at a specific time, speeding up the tracing process by eliminating the need to engage with businesses who may be using pen-and-paper systems. 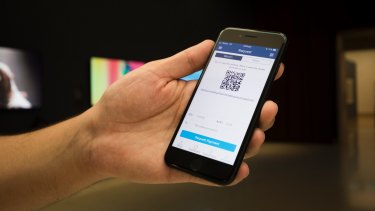 QR codes can be scanned on devices like smartphones and smart watches.Credit:Dion Georgopoulos

Premier Daniel Andrews said on Monday a paper-based system would be best for some businesses. "Often old-fashioned ways are the best way and there will be many small businesses who will write down and take great pride," he said.

NSW strongly encourages businesses to ask customers to use a government app to check in and the ACT has been using the model since early September. Data is stored for 28 days in both jurisdictions and cannot be used for purposes other than contact tracing.

Peter O'Halloran, ACT Health's Chief Information Officer, said the app was one of the territory's key defences against a potential reintroduction of COVID-19. He said other states had shown strong interest in using the software which would be provided to other jurisdictions for free. 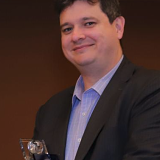 Mr O'Halloran said ACT authorities settled on the QR scheme to ensure its contact tracing was as speedy as possible. When the territory was grappling with cases earlier this year (it has been almost virus-free since July) authorities struggled to obtain timely information from businesses using paper-based attendance logs that were sometimes lost or soiled with drinks, he said.

Burnet Institute epidemiologist Professor Mike Toole said Victoria should adopt a centralised QR app to minimise the time spent by contact tracers collating information. He said Victoria, as it reopened after a months-long lockdown, needed to implement systems that facilitated the quickest and most precise contact tracing.

"It's an excellent idea … and it's worked well in South Korea since May," he said.

"It's going to be really important from now on heading into summer because we want to have the tightest possible contact tracing." 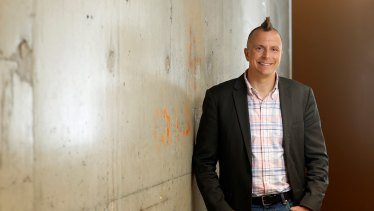 Professor Toole said the system should be used by businesses that host more than about 10 people at any one time because, he said, these businesses would likely be less diligent in writing down names manually given the high volume of customers.

He said using QR codes would assist the government in its attempt to increase the amount of "upstream" or "backwards" contact tracing where authorities find contacts exposed to an infected person even before they became infectious. The labour- and time-intensive strategy seeks to locate the "index" case – the original spreader in a cluster.

Jeff Feldman, a developer involved in the creation of the ACT app, said the software underpinning QR code apps was simple and cheap. He said the app could be rolled out in Victoria in less than a week.

Mr Feldman – whose Victorian-based company Arden Street Labs provides digital COVID-19 screening systems to hospitals – said data was stored on servers that were rapidly accessible by contact tracers. These contact tracers would otherwise need to deal with any number of different attendance log systems used by businesses involved in a cluster, some of which may use their own digital systems, he said.

"One of the key things we need to do as we open up is leverage everything we have at our disposal.

"Lockdowns are useful as a short-term stopgap but during that time we need to build and prepare and develop novel solutions to help prepare."