One of Donald Trump's employees told FBI agents the former president ordered boxes of documents at Mar-a-Lago to be moved before federal agents searched the property, according to a source familiar with the matter.

When reached by NBC News, the FBI and Justice Department declined to comment.

The worker’s account offers new details about Trump’s actions before FBI agents executed a search warrant on Aug. 8 to retrieve classified material from Mar-a-Lago based on the Justice Department's assessment in the search warrant affidavit that there were likely documents and records at Mar-a-Lago “constituting evidence, contraband, fruits of crime and other items illegally possessed” in violation of three laws involving mishandling of government documents.

Trump has publicly insinuated without evidence that federal agents planted evidence during their search, which according to the Justice Department unearthed 100 classified, secret and top-secret documents, as well as thousands of other documents belonging to the government.

In a post on his social media website Wednesday night, Trump continued to characterize the search as an “unprecedented and unnecessary break in of my home.”

“There is no ‘crime’ having to do with the storage of documents at Mar-a- Lago, only in the minds of the Radical Left Lunatics who are destroying our Country, and were just forced by the Courts to give me back much of what they took (STOLE?) during their unprecedented and unnecessary break in of my home,” Trump said. “These people are CRAZY!!!” 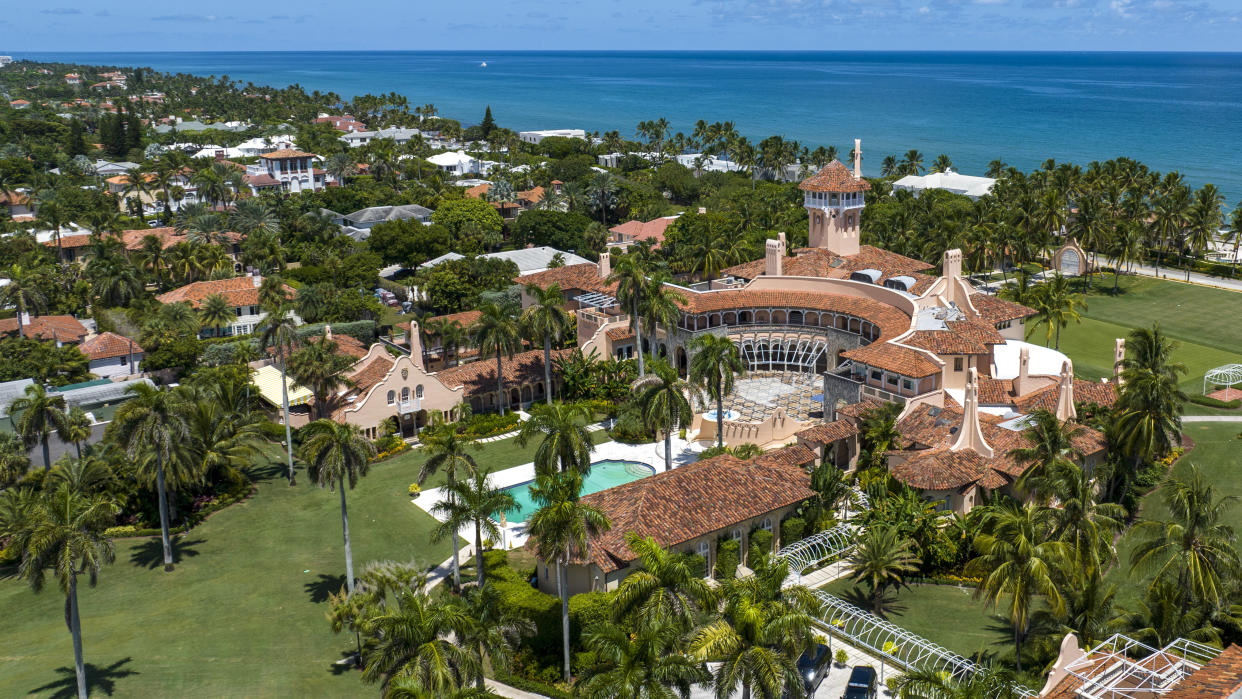 Sources previously told NBC News that Bobb, Trump’s then-custodian of record, had signed a letter in June certifying that Trump was in compliance with a grand jury subpoena in May and no longer possessed a trove of documents with classification markings at Mar-a-Lago.

But the witness’ account suggests that the boxes were moved to Trump’s private residence at Mar-a-Lago after the subpoena was issued. A majority of the seized material was found in boxes and containers in Trump’s office and a storage room.

Bobb said in August that Justice Department officials had expressed concern during a meeting in June over the unit storing the documents, and said it wasn’t properly secured. She said that Trump officials added a lock to the facility and that FBI agents broke the lock when they searched the property.

“The Biden administration has weaponized law enforcement and fabricated a Document Hoax in a desperate attempt to retain political power,” Budowich said in a statement to NBC News. “Every other President has been given time and deference regarding the administration of documents, as the President has the ultimate authority to categorize records, and what materials should be classified.”