New York: Aside from the chiefs who ran the organisation, no one likely knows more about the Sinaloa drug cartel than Vicente Zambada Niebla.

A son of Ismael Zambada García, one of the cartel's leaders, Zambada, from an early age, was groomed to take control of the group.

But on Thursday, in a spectacular reversal, the cartel prince betrayed his father – and his birthright – testifying for more than five hours about nearly every aspect of the drug-trafficking empire: smuggling routes, money-laundering schemes, bloody wars, personal vendettas and lavish bribes. When it came to the enterprise he seemed poised to lead one day, Vicente Zambada proved he knew almost everyone and everything. 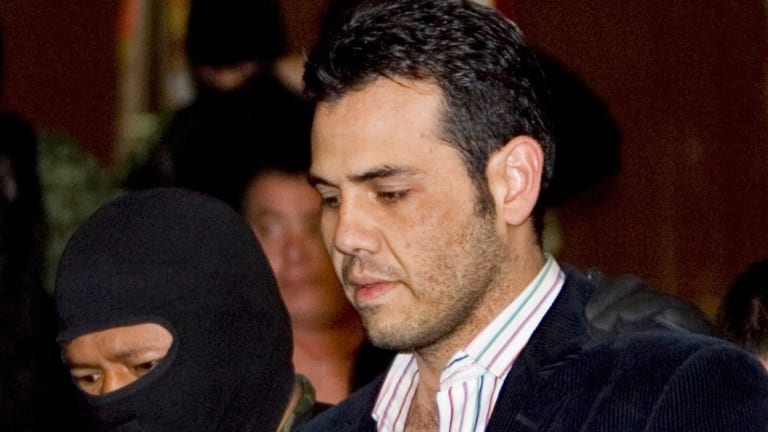 Vicente Zambada Niebla, a former top lieutenant in the Sinaloa cartel, testified against his father at the El Chapo trial.Credit:AP

His bravura turn on the witness stand came at the midway point in the drug trial of his father's former partner, Joaquín Guzmán Loera, the infamous crime lord known as El Chapo. Since the trial began in November, seven other witnesses who worked with Guzmán have testified against him. But none were more conversant with the structure and details of the kingpin's business than Vicente Zambada.

Dressed in dark blue prison clothes, Zambada walked into Room 8D of US District Court in Brooklyn on Thursday morning and immediately flashed Guzmán a confident smirk. He then bombarded jurors with countless stories of Guzmán and his father shipping tons of drugs in cars, trains, planes and submarines – even in a truck beneath a load of frozen meat. 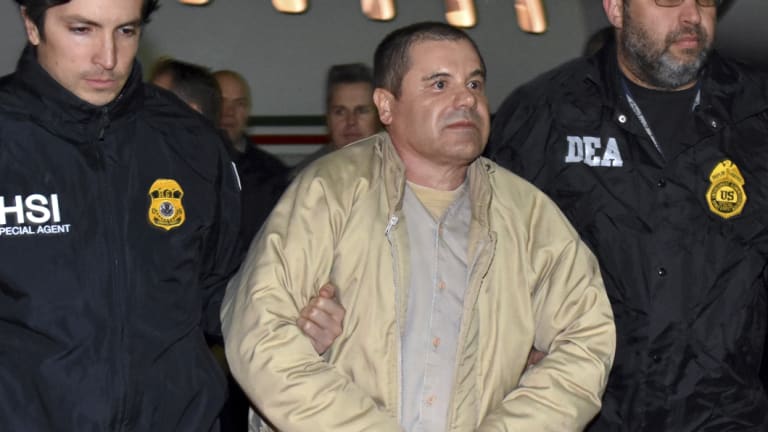 Zambada also testified that his father's bribery budget was often as much as $US1 million ($1.45 million) a month. An army general who worked as an official in the Mexican defence department earned a monthly stipend of $US50,000 from the cartel, Zambada recalled. He also said that his father routinely bribed a military officer who once served as a personal guard to former President Vicente Fox of Mexico.

His father remains on the US Drug Enforcement Administration's most wanted list.

All of this came out in a chaotic ramble as Vicente Zambada jumped from topic to topic, proving himself familiar with both Guzmán's business ventures and his personal entourage. He told the jurors stories not only about the drug lord's operations in Mexico, Honduras and Belize, but also about his suppliers, distributors, bodyguards, assassins, cousins, brothers and sons.

It was an astonishing betrayal from a man who started working for the cartel in his teens. Even at an early age, Zambada attended meetings with his father, sitting with him at appointments with fellow traffickers and police officials.

"I started realising how everything was done," he told the jurors. "And little by little, I started getting involved in my father's business."

As years passed, Zambada said, he rose through the ranks and became his father's top lieutenant, overseeing cocaine shipments from Colombia to Mexico, and from Mexico across the US border to cities like Chicago and Los Angeles. At different times, he played numerous and varied roles for the cartel: ambassador, operations manager and messenger boy.

In 2009, however, Zambada was arrested during an army operation in Mexico City and extradited to Chicago. At first, he was expected to be prosecuted there on charges of smuggling tons of drugs while serving as his father's right-hand man. But before his trial began, his lawyers dropped a bombshell: they claimed that for years he had been working secretly as a spy for the DEA, swapping information about his rivals in exchange for the ability to run his business freely.

While US officials have acknowledged that Zambada met with federal agents, they have long denied there was any quid pro quo agreement. In a recent ruling, Judge Brian M. Cogan, who is hearing Guzmán's case, said that Zambada's claims regarding his cooperation with the Americans cannot be mentioned at the trial.

Zambada ultimately pleaded guilty to drug trafficking charges in a secret proceeding in Chicago in 2013. And for the past five years, he has been waiting to appear in court and tell his story.

He did so on Thursday, energetically telling jurors how he once planned to break Guzmán's brother out of prison with a helicopter. (The brother, Arturo, was killed before the escape could be attempted.) He also testified that in 2007 he met with a group of "high-level politicians" and representatives from Pemex, Mexico's national oil company, to discuss a scheme to ship 100 tonnes of cocaine in a tanker vessel owned by the firm.

But the focus of his testimony on Thursday was his father.

One of the first questions the prosecution asked him was: "What does your dad do for a living?"

There was only one answer.

"My dad is the Sinaloa cartel's leader," Zambada said.