A former tenant of the historic Central Pier in Docklands is “baffled” that the 106-year-old site will be demolished to make way for a new development, possibly a giant fish-shaped building.

Heritage experts are also disappointed over plans to raze the pier and its two goods sheds, which were built in 1916 but abruptly evacuated and closed in early 2020 when engineers determined it could collapse at any moment. 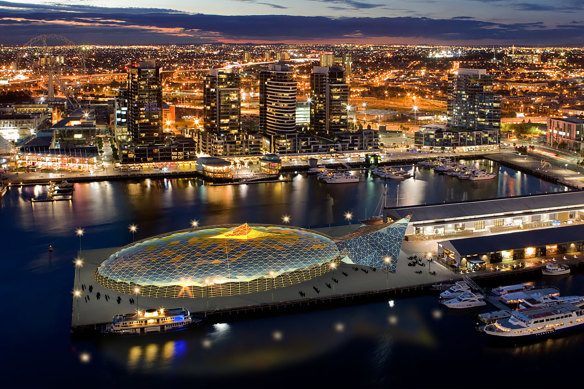 Atlantic Group chief executive Hatem Saleh, who ran four function rooms in one of the sheds from 2007, said he was saddened that Development Victoria was focused on demolishing a historic site.

“It is baffling that this is an attempt to really focus on the future and forget about the past,” Saleh said.

Heritage Victoria has issued a permit to Development Victoria allowing the state government body to demolish the whole structure which has continued to deteriorate since its closure and is now too unsafe to access or restore.

With Central Pier to face the wrecking ball in 2023, Development Victoria is now seeking submissions and community feedback on the pier’s revitalisation. 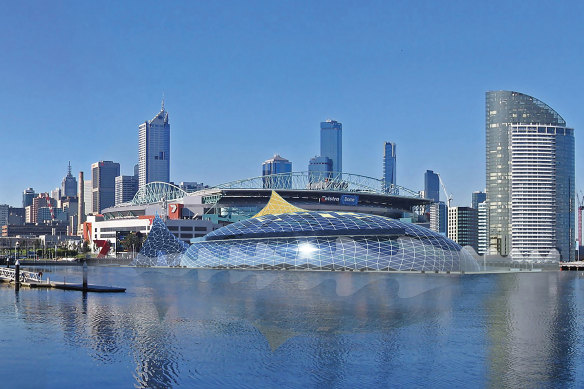 One popular proposal is to replace the pier with a large fish-shaped structure containing a fresh food market, hawker-style eateries, restaurants, a conference centre and a university marine biology campus.

Ian Wight, acting chair of the Royal Historical Society of Victoria’s heritage committee, lamented the fact the pier’s condition had deteriorated to the point it was unsafe.

“It’s totally regrettable that a heritage asset like this has been allowed to decay to that extent,” Wight said.

“We should never have been in this position in the first place. It should have been conserved and maintained.” 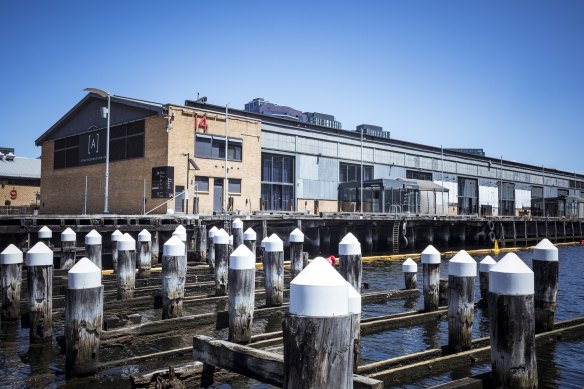 Saleh was part of a group of Central Pier businesses that launched legal action in late 2019 alleging Development Victoria engaged in misleading and deceptive conduct.

The business owners claimed the government agency knew for almost a year that the pier risked “catastrophic failure” but delayed acting in an apparent attempt to avoid spending tens of millions of dollars on repairs and compensation payments.

Saleh said some smaller businesses had withdrawn from the lawsuit after settling with Development Victoria. The case is expected to be heard in court late next year.

Saleh also said the pier should not have needed to be redeveloped.

“My job was to pay the rent and their job was to maintain everything below [the water’s surface]. I did my job and they failed to fulfil theirs,” he said.

“It was a thriving, successful hospitality precinct … Central Pier was the heartbeat of Docklands.”

Development Victoria acting group head of precincts Niall Cunningham said $7 million had been invested since 2017 on rectification works to stabilise the pier and engineers had inspected the structure every two months since 2018.

“Removal of the pier was the only option available to resolve ongoing safety concerns,” he said. 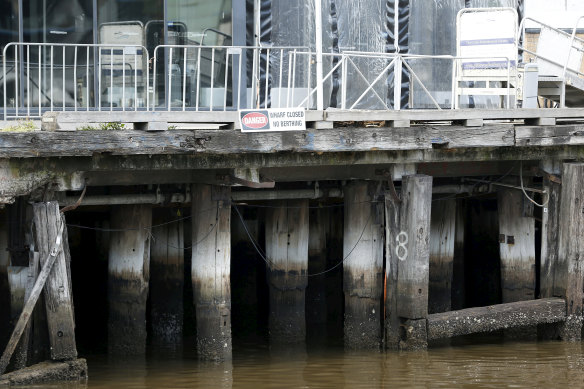 Designer Nick Tate, who has floated the idea for the large fish-shaped Melbourne City Fish Market, said he started planning the concept six years ago as he felt the pier was a wasted space.

“Central Pier had a purpose, but it was more of a night venue than a day venue and wasn’t being used to its full potential,” Tate said.

“This is to create a drawcard.”

He said he would reuse timber from the pier to retain some of its heritage if his proposal was approved.

However, Wight said he wanted to see a replacement pier with the same dimensions and style as the old sheds.

“We’d be much more sympathetic to a reconstruction that respects the buildings, function and history of the pier we’re going to lose rather than trying to chase yet another elusive iconic Melbourne building to match the Sydney Opera House,” he said.