Twelve-foot-long, 504-pound alligator DID kill Louisiana man, 71, during Hurricane Ida – the first fatal gator attack in the state since 1774 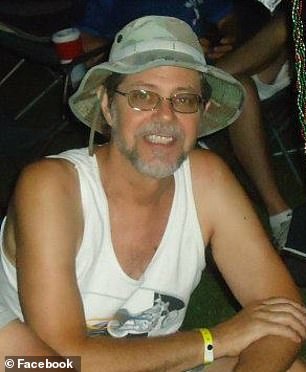 A massive alligator killed a Louisiana man outside his home last month during  Hurricane Ida, a coroner confirmed Thursday after comparing the DNA of the man’s degraded remains to his sons’ DNA.

The reptile was captured two weeks after killing Timothy Satterlee Sr., 71, of Slidell. Coroner Charles Preston said intact ‘elements of a face’ were found inside it.

‘It was really very challenging because much like someone who is severely burned, the DNA in the burned tissue is going to be completely destroyed,’ Preston told the Times-Picayune.

‘And unfortunately a lot of the tissue that had been inside of the alligator’s stomach was severely degraded. I’m comfortable saying the remains are that of Mr. Satterlee.’

Satterlee’s death is believed to be the first death in Louisiana from an alligator attack in hundreds of years.

In 1174, a French blacksmith named Jacques du Bois was found naked and dead on a river bank. A coroner ruled that he’d been attacked by an alligator while bathing in the river, according to the St. Charles Herald Guide.

Satterlee was checking a shed behind his home in Slidell on August 30 when his wife heard a splash, thinking maybe her husband fell in the marsh. 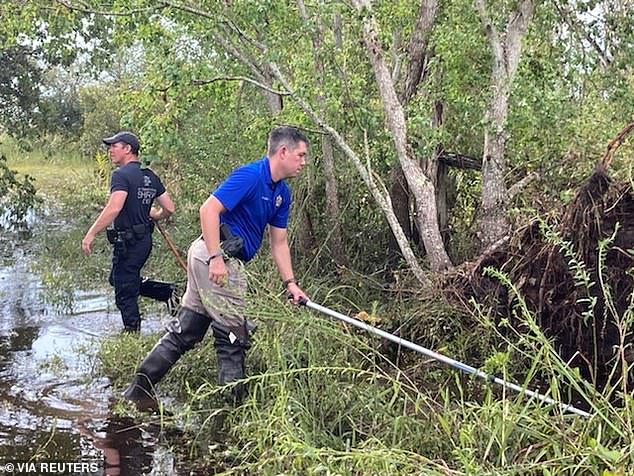 St. Tammanny Parish Sheriff’s Office deputies searched for the alligator after the attack 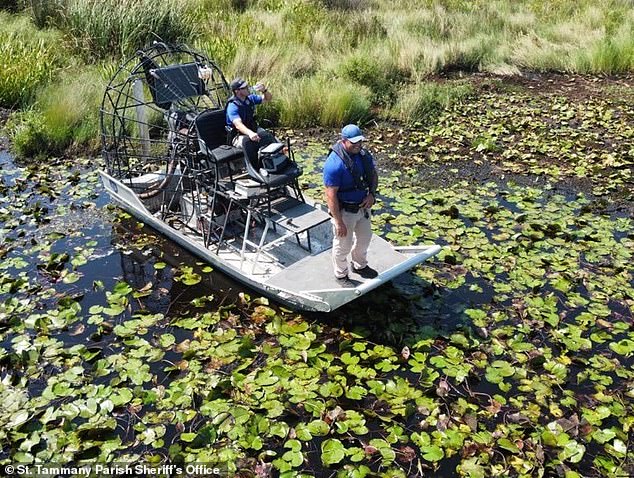 At the time of the incident, the couple’s home was surrounded by Hurricane Ida floodwaters and had no cell service. The storm eventually left a million without power in the region.

She walked outside to see the 12-foot, 504-pound gator attacking her husband. The reptile ‘had him in a death roll,’ Capt. Lance Vitter, a Sheriff’s Office spokesperson, said at the time.

She tried to find something to help Satterlee fight off the gator, but when she returned, the animal had ripped his arm off and he was unconscious, according to the Times-Picayune.

Satterlee’s wife said that she was able to pull her husband up a flight of stairs, but after seeing the extent of his injuries, she got in a canoe and went for help, according to WWL-TV. 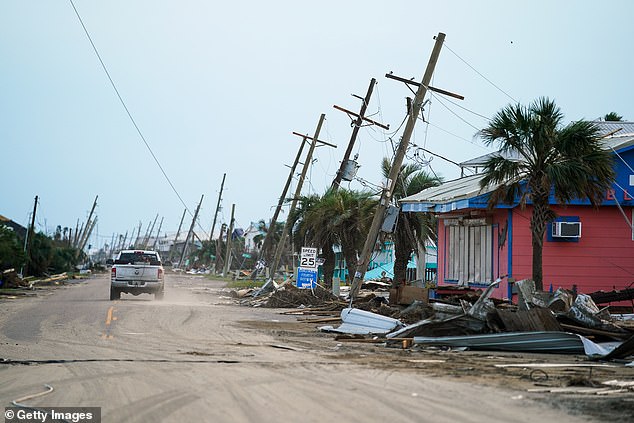 Satterlee was checking a shed outside of his home in Slidell after Hurricane Ida passed through when he was attacked on August 30. Above, Grand Isle, Louisiana on September 4 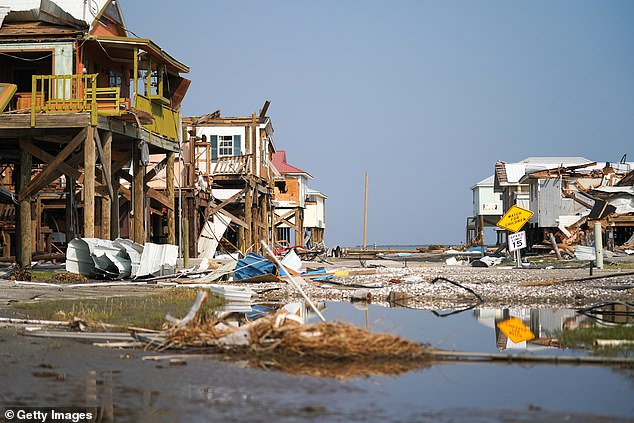 Hurricane Ida left a million people without power in the region

He was nowhere to be found by the time she got back.

Deputies and Louisiana Wildlife and Fisheries agents looked through the marshes with cadaver dogs, but they soon began to consider ways Satterlee could be considered ‘presumed dead without the body,’ thinking they were unlikely to see the alligator again.

But two weeks after Satterlee disappeared, they spotted a large alligator with a drone close to where he was last seen.

They trapped it and shot it dead between the eyes.

A forensic odonatologist compared Satterlee’s dental records with the teeth and part of the jawbone that were recovered from the gator – both showed a missing wisdom tooth and a crown on the left premolar. 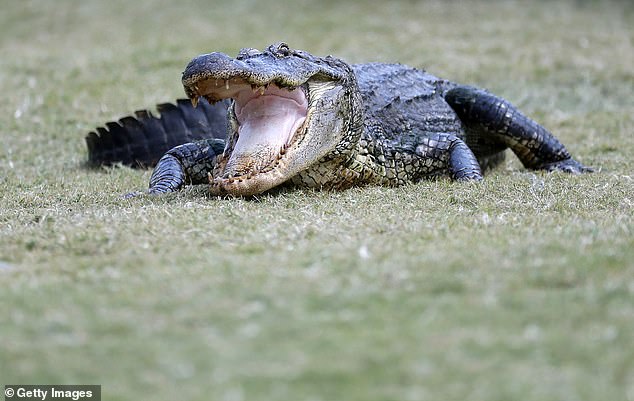 Alligators, like the one above in Louisiana in 2018, only kill about one person a year in the US. Satterlee’s death is believed to be the first alligator killing in Louisiana since 1774

‘For a criminal case, that wouldn’t be sufficient to make a positive identification. But at some point you just have to apply common sense,’ Preston said.

‘We had one reported person eaten by an alligator, one very large 500-pound alligator recovered with human remains in it and 11 points matched with his male relatives. So I felt that was enough.’

Investigators will keep running tests for an even stronger match. They collected Satterlee’s hairbrush, toothbrush and cap on Wednesday.

‘I’m pretty confident we have correctly identified who is in the alligator. Now it’s just a matter of being more sure,’ Preston said.

Alligators kill about one person per year in the United States, according to the University of Florida. Unprovoked alligator attacks are ‘rare,’ according to the university, which says most are preventable and the fatality rate is low.