A 400-year-old portrait of a regally-dressed child from the era of Charles I could fetch £20,000 at auction after being found hidden away in a cottage.

The forgotten painting from 1626 was left out of sight on the back of an open door for several decades at a property in Surrey.

It shows a unknown but wealthy child, aged around two-years-old, dressed head to toe in lavish formal attire, making her look like a ‘miniature adult’.

The valuable portrait was uncovered by an antiques expert during a house clearance following the death of its owner – who collected paintings as a hobby. 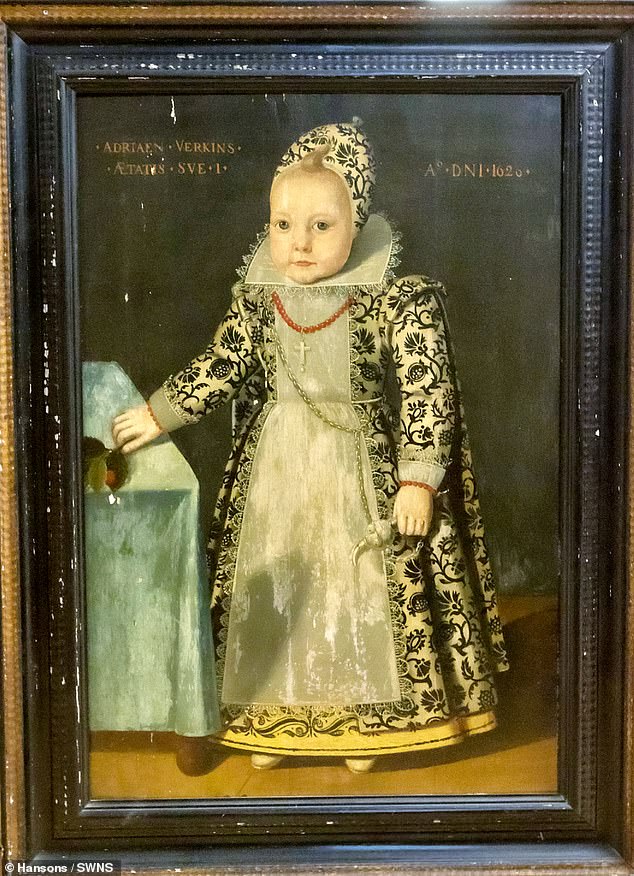 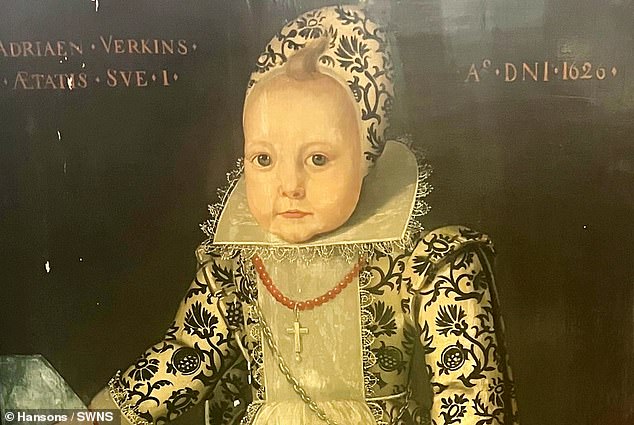 Chris Kirkham, associate director at Hansons London, said: ‘I was surprised to find such a compelling portrait hidden away.

‘However, I discovered there was a reason for it. The keen collector who acquired it had downsized some years before and brought all of his much-loved antiques with him.

‘His collection included several paintings which were hung on much smaller walls than they had originally been intended for.

‘He struggled for display space and this little girl in all her finery got tucked away behind a door.

‘Sadly, the collector passed away and this centuries-old work was forgotten.’

He continued: ‘The vendor’s late father had an intellectual appreciation of antiques.

‘When she showed me around the house to assess some of his acquisitions she admitted she’d forgotten about the portrait.

‘It was blocked from view because the door was almost always left open. I just happened to move it and thank goodness I did.

The child is wearing a elaborate full-length embroidered black and cream dress with exquisite detailing and a stiff wide collar edged in lace.

A matching hat fits snugly on her head and she wears a necklace of red beads bearing a large cross and pearl and matching beads around her wrists.

Her expensive outfit is also enhanced by a silver chain across her body which leads to a beaked object clasped in her hand. 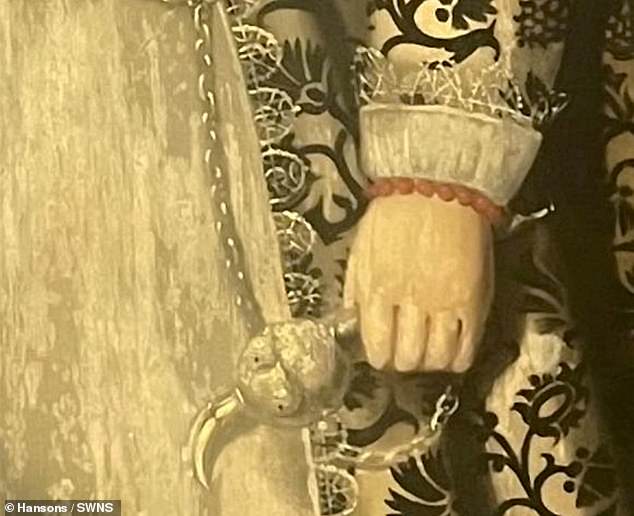 The seller, who did not want to be named, said: ‘This discovery is all credit to my father. He was an eccentric and a collector of all types of antiques and curios.

‘He had a really good eye for unusual objects and art. It offered him a hobby away from his working life as a farmer.

‘We think he may have purchased the painting at auction many years ago but can’t be sure.

‘It’s been enjoyed and displayed in our family home for many years.

‘Sadly, we have lost my father and the time has to come to part with a few items.’

The portrait bears the name Adriaen Verkins, possibly Dutch, and is dated 1626 when Charles I (1600-1649) was king of England, Scotland and Ireland.

He lavished money on the arts and invited artists such as Van Dyck and Rubens to work in England. 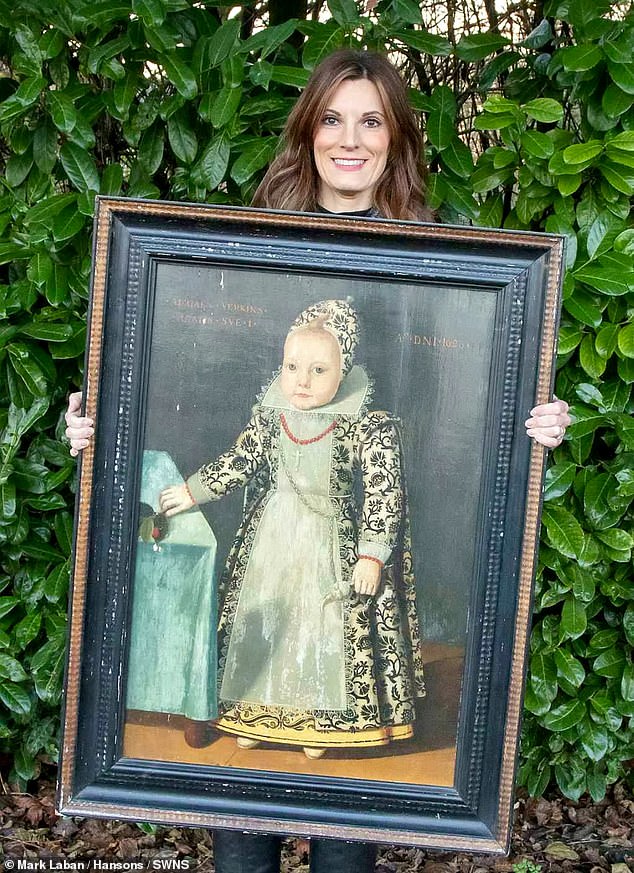 He was renowned for his paintings of royals and members of noble families including their children.

He is considered the most influential artist of the Flemish Baroque tradition.

Chris added: ‘It is likely their work influenced the Baroque portrait we have uncovered.

‘Royalty dictate trends and a wealthy family would have commissioned this painting to emulate the grand portraits of the time.

‘The child’s ornate outfit empathises their wealth and status.’

Charles Hanson, owner of Hansons London, said: ‘It is remarkable what we find hidden away in homes – often forgotten and, in this case, behind a door.

‘Collectors fill their homes with so many wonderful items over the course of decades, it is easy to lose sight of which ones may be of special significance.

‘When you look into this little girl’s eyes you are swept back to the early 17th century.

‘Fashions of the time for the rich – the poor were in rags – were showy and laden with ornamentation. Jewellery, lace and multiple contrasting fabrics displayed wealth.

‘This portrait is a remarkable find. It is like a time capsule offering an insight into the life of a wealthy child, bedecked in all her finery, centuries ago.’