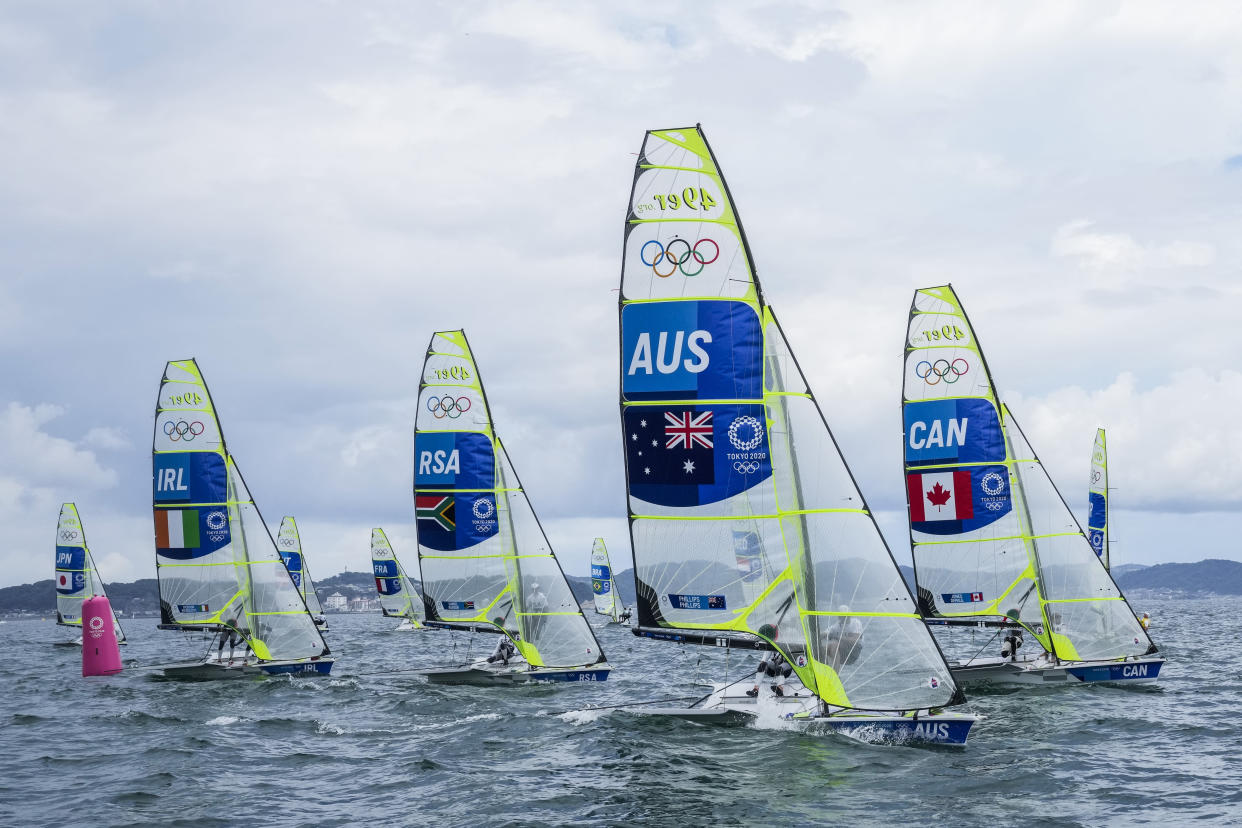 Tunisian Olympic sailor Eya Guezguez died on Sunday when when her boat capsized while she was training with her twin sister Sarra. She was 17 years old.

The International Olympic Committee announced her death on Monday. Sarra survived the incident. The IOC cited strong winds for causing the boat to capsize.

"I am shocked by the news of sailor Eya Guezguez's death. She was an inspiring talent and role model for her athletes’ generation."

"I am shocked by the news of sailor Eya Guezguez's death," IOC president Thomas Bach said, per a statement. "She was an inspiring talent and role model for her athletes’ generation."

"Guezguez’s participation at Tokyo 2020 alongside her twin sister Sarra will continue to motivate girls everywhere. Our thoughts are with her family, friends and the Olympic community in Tunisia.”

Per The Guardian, Tunisian Olympic Committee president Mehrez Boussayan told a local radio station that the accident took place off the coast of the nation's capital, Tunis in the Mediterranean Sea. The BBC reports that Boussayan said that the Guezguezs' coach was alongside them in a speedboat when the accident happened. Per the report, he helped Sarra get untangled from the rigging after the boat capsized and later located Eva in the water. He attempted to revive her via CPR. She was later pronounced dead by drowning at a local hospital, according to the report.

“May Allah have mercy on the deceased, grant her eternal rest in paradise, and grant her family and relatives and the entire sports family patience and solace,” a committee statement reads, per translation by The Guardian.

The Guezguez sisters competed in the Tokyo Olympics in 2021, where they finished 21st in the 49er FX event. The 49er FX is a class of skiff requiring a crew of two to operate. Guezguez was the youngest Tunisian competitor at the Tokyo Games, according to the BBC.