Is this the movie DC fans have been waiting for? 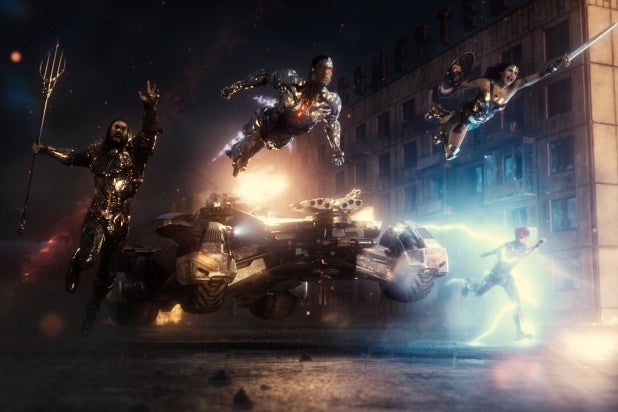 The first impressions for “Zack Snyder’s Justice League” dropped on Sunday and if they are any indication, the “Snyder Cut” will be exactly what hardcore DC fans have been waiting for.

More than three years after Joss Whedon’s version of the DC crossover film failed to join the “Avengers” film in the $1 billion-plus box office club — and earned limp reviews from both critics and audiences — Snyder is about to release the version that he originally envisioned before personal tragedy forced him to leave the project: a four-hour behemoth with expanded storylines, new fight scenes, redesigned villains and a greater focus on Cyborg, played by Ray Fisher.

So what are some of the people who have seen the film early saying? Matt Neglia, owner of the Oscar race website Next Best Picture, called the new “Justice League” a “miracle of a movie” and “A four-hour epic with dazzling visuals, a grand score, more consistent character development & tone.”

“Justice has been done & Zack Snyder can be proud,” Neglia declared.

IO9’s Germain Lussier wasn’t quite as effusive, calling the film “bloated” but nonetheless saying he enjoyed it and praised it as an improvement over Whedon’s version. “It’s both very different, and eerily similar, to the original film with almost all of the changes and additions improving the characters and story. Better motivations. Bigger stakes,” he said.

ScreenRant editor Andrew Dyce agreed, calling the film, “Beautiful, bold, patient, and so determined to give dignity to every bit of its story and characters.” He also singled out Snyder’s changes to one of the Justice League’s foes, Steppenwolf, calling it a big leap from the “laughably thin/weird villain” of the 2017 version.

Full reviews for “Zack Snyder’s Justice League” will be published on Monday and the film will be released on HBO Max this Thursday. Check out more remarks in the tweets below.