Yellowstone: Trailer for season 5 of US drama

Jamie Dutton (played by Wes Bentley) will find himself back in the safety of his family’s inner circle once Yellowstone returns for its fifth season. However, he’ll still have to keep himself in check to avoid causing another storm with his sister Beth (Kelly Reilly), now his father John (Kevin Costner) will have more power than ever when the Paramount Network drama returns this November.

The first-look at Yellowstone’s fifth season has confirmed Jamie will be working closely with his father, the new governor of Montana when the hit drama returns.

At the start of the trailer, John is sworn in as Montana’s new governor with his children, Beth and Jamie, looking on.

Jamie seems to look less confident than usual, which is no surprise given the events of last season.

After taking out his father Garrett Randall (Will Patton), he’s shocked to discover Beth has filmed the whole thing to use as blackmail and ensure he doesn’t make another play against the family. 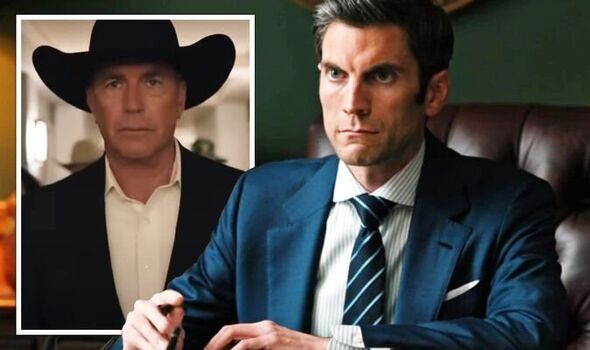 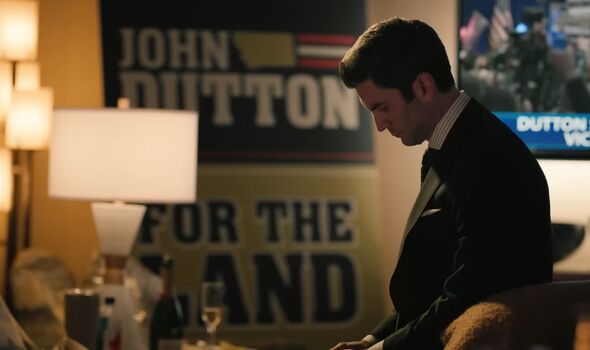 Later, Jamie is seen looking forlorn surrounded by campaign posters as his father’s victory is seemingly announced on television.

Fans are given their best sense of John’s governorship, yet when he fires his entire team and appoints Beth his new chief of staff.

Despite his already tight grip on the state of Montana, Jamie may still be able to find a way to take down his father from the inside. 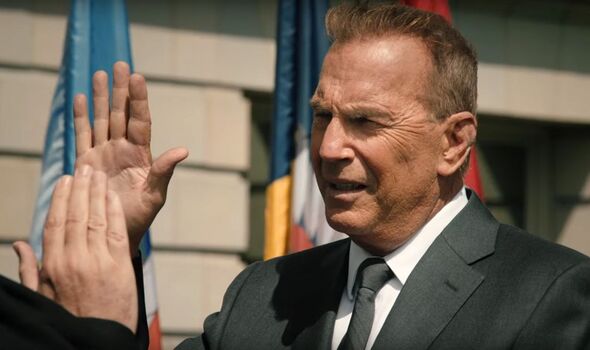 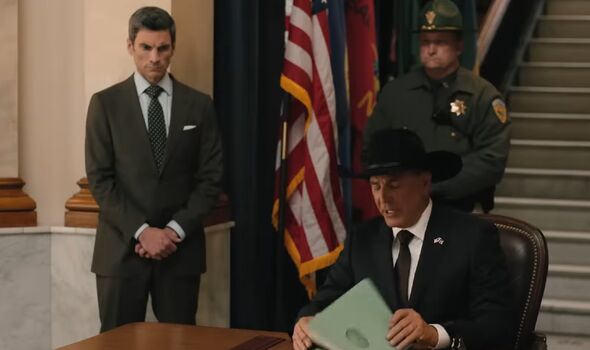 Seemingly unfazed, Beth replies: “Is there any other way?”

The siblings seem to be referring to Market Equities, who returned last season with CEO Caroline Warner (Jacki Weaver) leading the charge.

While the Duttons still have enemies coming from all sides to look out for, John’s biggest foe may slip by unnoticed in the form of his own adopted son.

Now Jamie has integrated himself back into a position of power, he may be able to take advantage of his new role to push his own agenda.

As the trailer reaches its climax, Jamie tries to exert some of his own political power when his father tries to pass a controversial new bill.

“Signing this order is a declaration of war,” he claims.

“We’re already at war,” John responds dismissively, as the trailer reveals him signing the unknown document in front of the press.

John’s policies will undoubtedly embody the traditional and “anti-progress” values he promised at the start of his campaign and which apparently won him the governorship.

After getting closer to his biological father, Garrett, Jamie is more worried than ever about his father’s mission to grow his power and keep hold of the ranch.

If he keeps going against John’s policies, Beth may decide to release the footage of her brother killing Garrett, effectively sealing his prison sentence.

However, Jamie could be conflicted about his career, as another brief clip shows him clearly enjoying the Duttons’ newfound success at John’s victory party.

Is Jamie well and truly under the thumb of his sister next season? Or will the corruption of his family finally prove too much and convince him to make a decision he may end up regretting?

Yellowstone season 5 premieres Sunday, November 13 on The Paramount Network in the USA. A UK release date is yet to be announced.