TIKTOK "witches" cast a spell on the moon on Sunday night that could bring bad luck for all life forms dependent on the moon’s energy.

The group is going viral for not only casting “evil” spells on the moon but for also claiming that hexing the sun could be next. 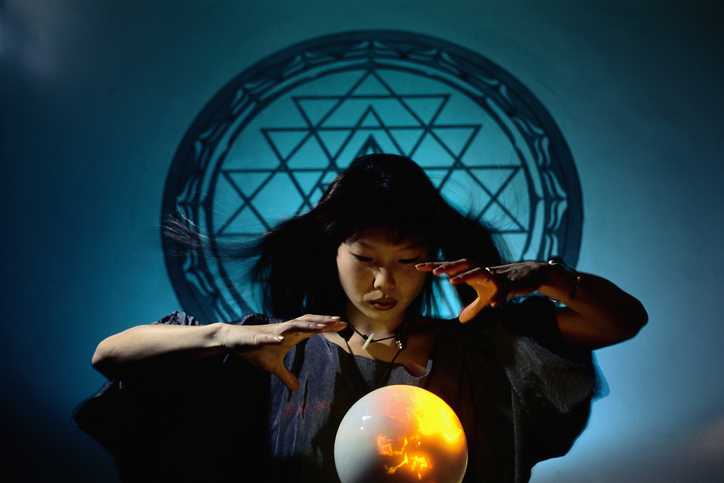 Here is more about the TikTok witches.

What is the ‘Witches Moon Hex’?

The Witches Moon Hex are spells TikTok witches are trying to cast toward the moon.

Twitter user Jupiter wrote that a hex had been put on the moon by baby witches, which could be bad luck to those who rely on the moon’s natural power.

Jupiter went on to say that the group of four “newbie” witches went on to hex fairies, the planet, and the moon. 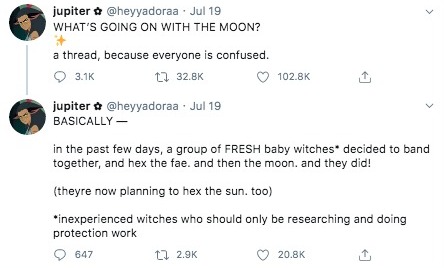 The Twitter user warned that it would anger the god-twins Artemis and Apollo (goddess of the moon, god of the sun as well as health and medicine).

Jupiter said: “The moon is a source of energy and ‘fuel’ for spells. This hex is also supposedly affecting the gods of the moon and sun, Artemis and Apollo."

"So, hurting the moon is like spiking your own water source – it’s a silly thing to do in the world of witchcraft.”

Why is it going viral?

The WitchTok community is typically known for casting good spells and making videos about positive manifestations.

However, people feel that the hex against the moon could harm them in some way, considering the power the moon holds on the oceans and tides. 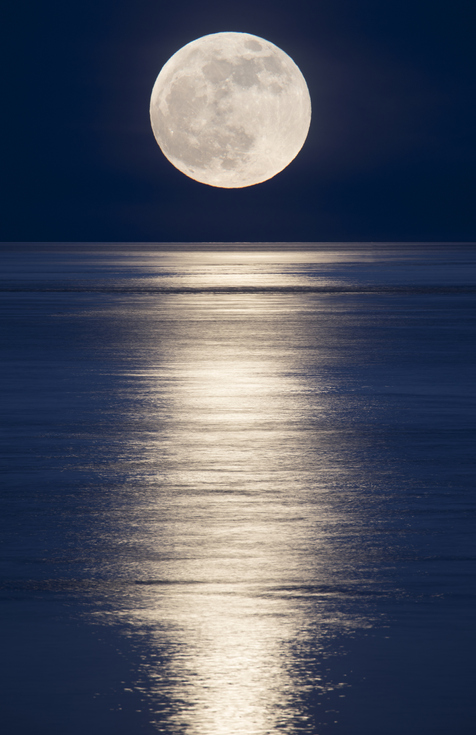 “In reality, you know the moon isn’t going to fall out of the sky, tides aren’t going to stop happening," she said.

“It won’t turn blue or green, but it does demonstrate that there are continually new ways that people find emotional connection to the moon."

WitchTok, which is the name of the group on the app, are into witchcraft and all that it entails – magic, spells, manifestations and other related activity associated with witches. 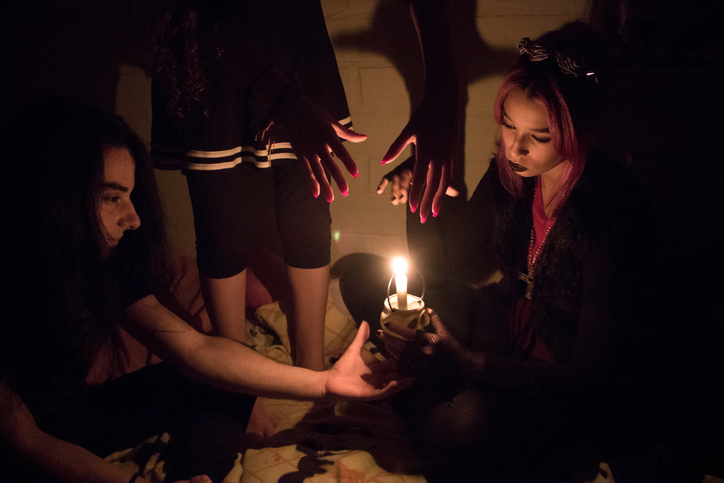 Members of the subgroup typically identify themselves and/or their content with the #witchtok.

“Baby witches” is a term for beginning witches and Wiccans.

People have been slamming the community for casting hexes on the social media platform.

“They tried hexing the fair folk and the moon to prove that they are more powerful. All I’m hearing is Bloodline curses all around for them,” another user wrote.

However, other users are doubtful that the WitchTok community could pull a spell of that magnitude if they are still “baby witches.”

One Twitter user said: “Y’all really think so little of witchcraft that you believe some baby witches (or uh, ANY witches) could hex a whole a** moon? And have it WORK? And kill a goddess? Please just… shh.”

According to Merriam-Webster’s dictionary, hex means to cast an evil spell upon.

Fae is a term for magical fairies, which are known in folklore for being mischievous and “sinister,” despite their modern-day portrayals as being helpful guides for one’s spiritual journey. 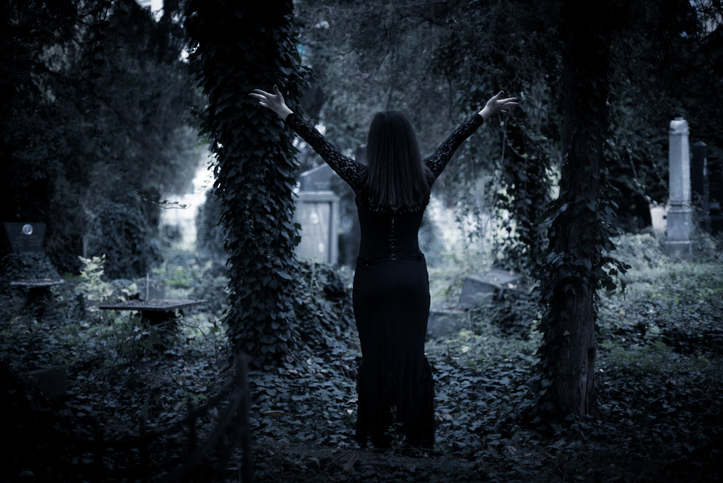