CBS’s long-running reality show “Big Brother” is back for an all-new season this summer. “Big Brother” follows the cut-throat competition between a group of strangers trapped in a high-tech house rigged with cameras and microphones. The recording devices pick up all the drama as the contestants undermine one another and compete for dominance week after week. Each episode, the house votes out a castmate until just one man or woman is left standing.

Ultimately, the winner of “Big Brother” walks away with $750,000 (in the past, it’s been slightly less — but we’re talking big bucks here!). So, what do you have to do to win big on the hit show? Before you can oust your competition, you have to land a spot on the cast. Some of those cast in “Big Brother” are already minor celebrities, while others are just good TV and the producers know it. Or are hoping for as much!

That brings us to Season 23’s Whitney Williams. Read on to find out everything you need to know about the rising star before you dive into the new season.

Whitney is a risk-taker 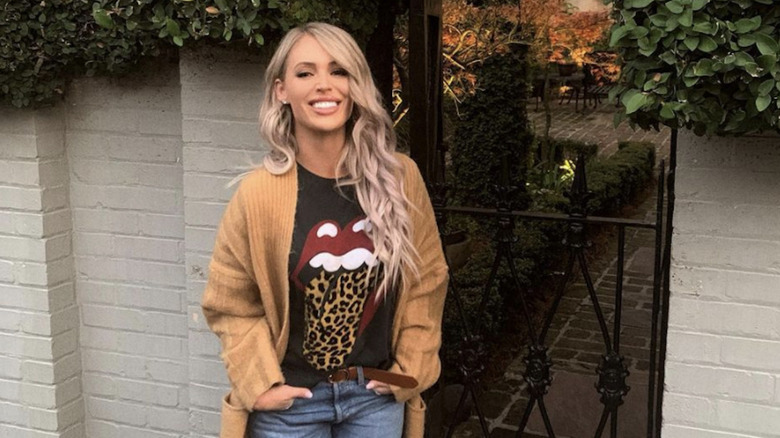 It’s no surprise Whitney Williams was chosen for “Big Brother” Season 23. When speaking to CBS before the season premiere, Whitney described herself as “resilient, quirky, and outgoing.” When asked about what she enjoys doing in her free time, Whitney answered, “Anything adventurous.” That makes sense, considering that there’s definitely some risk involved with putting yourself out there on a widely watched reality TV competition!

When she isn’t pushing her limits, Whitney works as an award-winning makeup artist in her home state of Oregon. While she might enjoy the competitive aspects of the “Big Brother” experience, she also admits to missing her sons, whom she enjoys traveling with during her time off work. One of the only possessions she was allowed to bring into the house were photos of her kids, per CBS.

Being away from the kids is hard, but don’t worry about Whitney. She’s a fierce competitor and a risk-taker through and through. “My life’s motto is ‘Why not?'” she told CBS. “Why not take that risk, try that thing, talk to that person? Life is too short to live with regret for not doing that thing you’re considering doing, there’s only one way to find out what you’re truly capable of… so ‘why not?'”