The late Bob Hoskins was an actor unlike any other. From his role as troubled gangster George in Mona Lisa to his pitch-perfect portrayal of Mario in the criminally underrated Super Mario Bros. movie and beyond, his talent, charm, and commitment to the job cemented his status as one of the best movie stars to ever grace the business. Perhaps one of his most famous roles was as Eddie Valiant, the toon-hating detective in Who Framed Roger Rabbit. Much has been said about the amazing way Bob Hoskins worked with his non-existent costars while filming Who Framed Roger Rabbit, but few know the real toll it took on him once production wrapped. 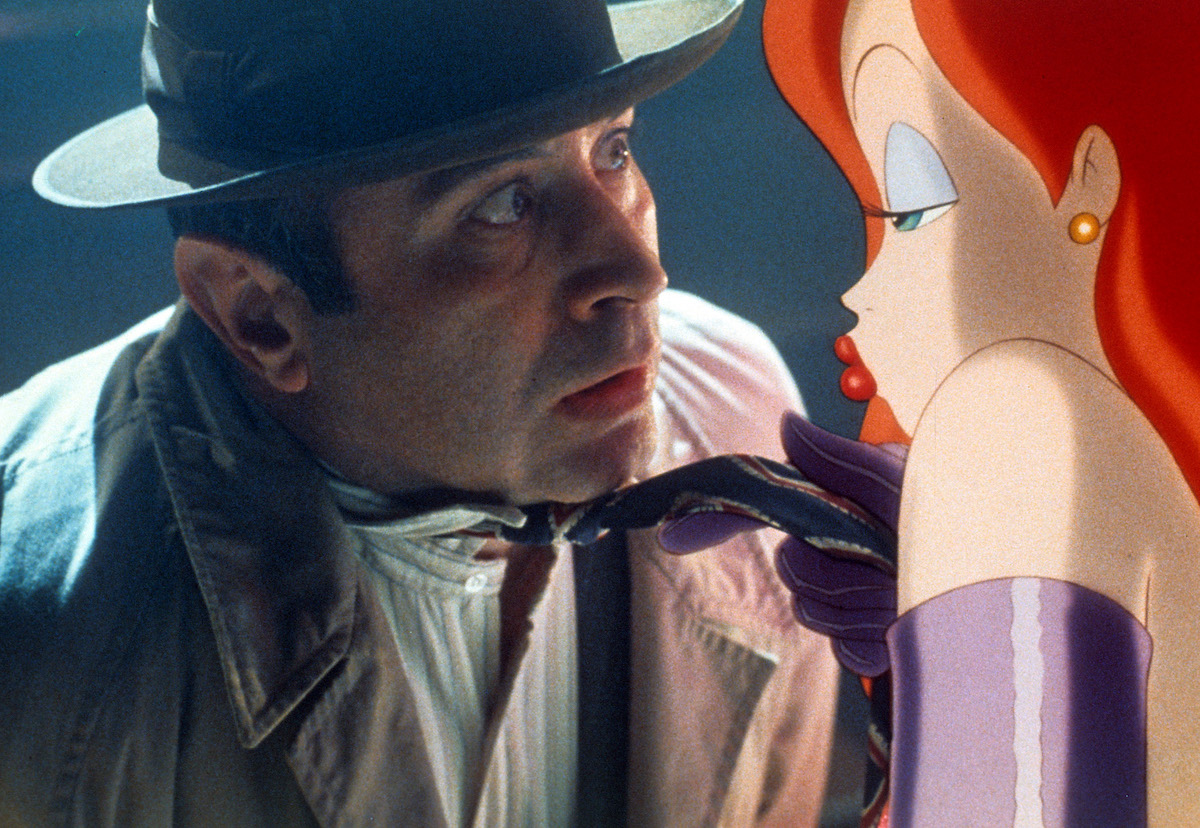 In the world of the Roger Rabbit film, humans live alongside cartoon characters (original, Disney, and Warner Bros. all together) in all their animated glory. While actors performing alongside tennis balls on sticks and reacting to things that won’t be there until post-production is common, a film like Roger Rabbit simply hadn’t even been attempted in 1988. Between the jaw-dropping way the animated characters influence and are influenced by the live action sets in realistic ways and the performances of the human actors that truly sell their presence, one could argue that there still hasn’t been a production quite like it even to this day.

Part of this authenticity is squarely on Hoskins’ performance. As the lead human, he spends the most time interacting with the toons, namely Roger Rabbit himself and the iconic Jessica Rabbit. Reportedly, the job he did wasn’t just down to Robert Zemeckis’ excellent directing on set, but the actor’s own ability — namely, that he was hallucinating the entire time.

According to Hoskins, he actually was seeing the various cartoon characters that were in the scenes. Through intense concentration and practice, he had apparently tricked his brain into hallucinating that they were there, actually acting in the scenes as they were filmed.

The actor’s trick took a toll on his mental health

As amusing as it might be to learn about the lengths Bob Hoskins went to to deliver a great performance in Who Framed Roger Rabbit, it wasn’t all fun and games. Hallucinations are no laughing matter and are frequently symptoms of major mental health issues, something the actor had to learn the hard way.

As Express recapped, Hoskins’ role in the film created problems for him that didn’t go away for quite a while. “I had trained myself to hallucinate and in the end it screwed up my brain,” he said. He mentions times when, even after the film was long over, he would start to see visions of cartoon characters appearing like in the movie. It eventually got so bad that his doctors told him he had to take time off acting, that hiatus expanding from a planned five months to a full year before he felt well enough to return to the screen.

Roger Rabbit wasn’t the only time Hoskins resorted to interacting with imaginary people, though. As a kid, he would often make believe that he had a sister to spend time with. Being an only child from a poor family who lacked many friends or social skills, it was one of the few things that could alleviate the stresses of his early life.

Later in life, though, he actually resorted to doing this again. During the famously rough divorce from his first wife, Jane Livesey, Hoskins had frequently turned to fantasy to help him cope with the negative emotions he felt. He had reportedly conjured up an imaginary woman to talk to during the proceedings. Unlike his other cartoon friends, however, this woman became real, in the form of his second wife, Linda Banwell. The two met on the day of Prince Charles and Princess Diana’s wedding in 1981, marrying a year later and staying together until Hoskins’ death in 2014.