CROCODILE Dundee was the charming romcom that saw an uncouth Aussie bushman and a luxury-loving journalist fall in love.

The 1986 film had more drama than an episode of Neighbours – and it seems scandal followed many of the cast away from the cameras too. 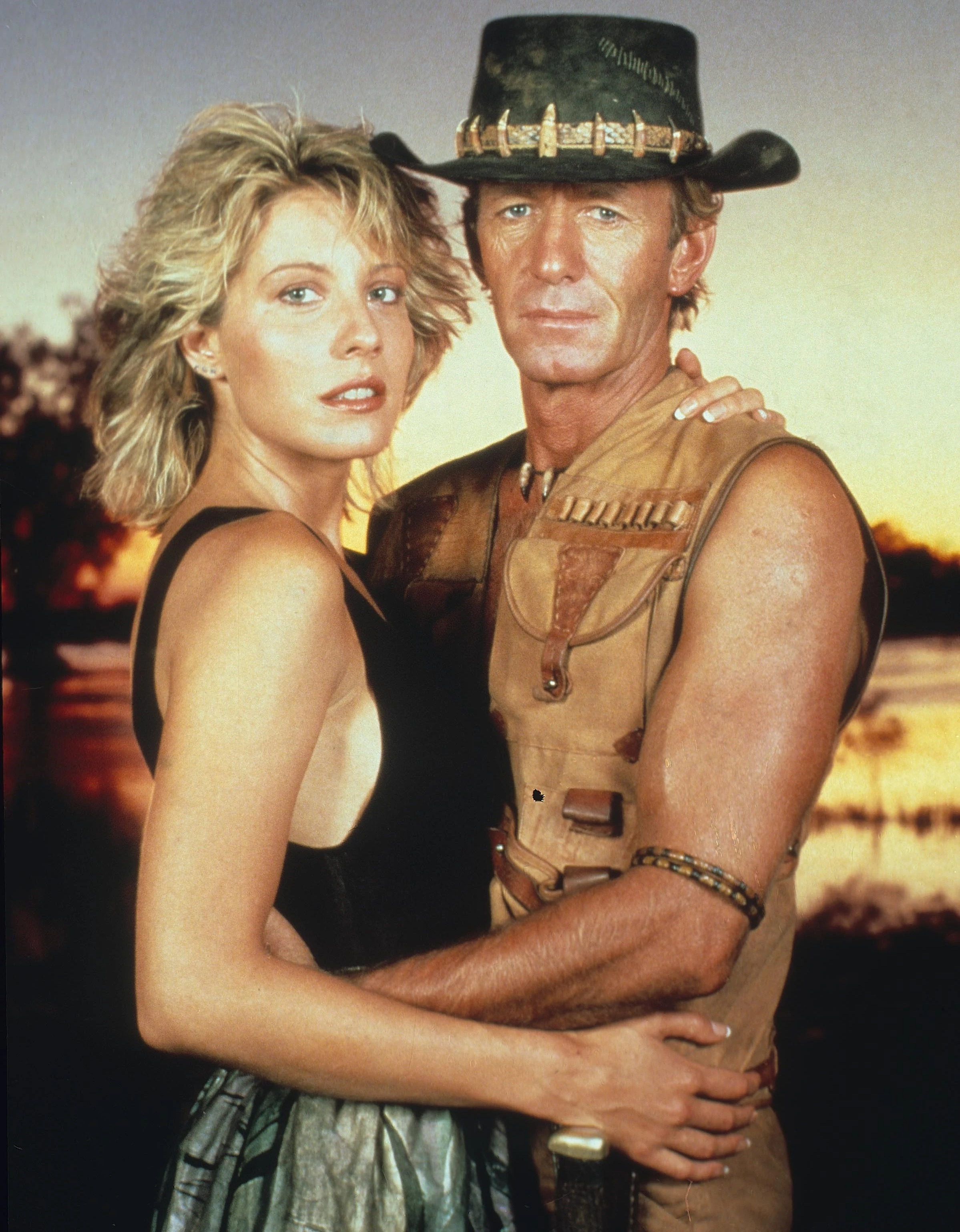 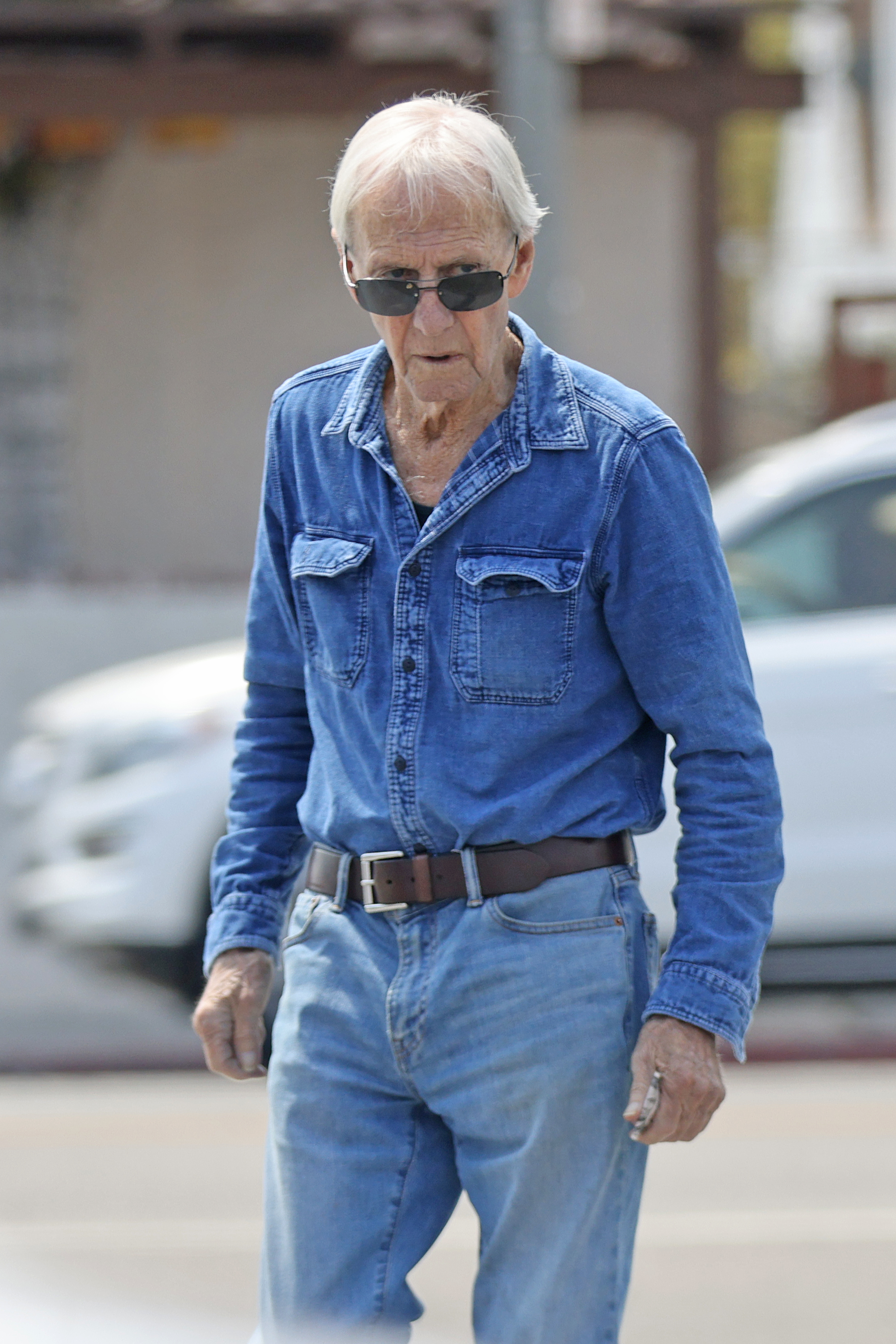 Recently, Paul Hogan – who played Mick 'Crocodile' Dundee – was pictured in a rare public appearance after leaving an angry note to homeless people camping outside his mansion in Venice, Los Angeles.

The letter, which the actor denied writing, was pinned to the gates of the £2.86million pad and read: “THIS IS MY HOME NOT YOURS.”

It came as a surprise to fans who thought the Aussie, 82, was like his laid-back Crocodile Dundee character – but it's not the only shocking story to emerge about the cast.

From a tumultuous co-star affair to stars charged with a range of offences including tax evasion allegations and assault, we reveal the scandals behind the Down Under drama. 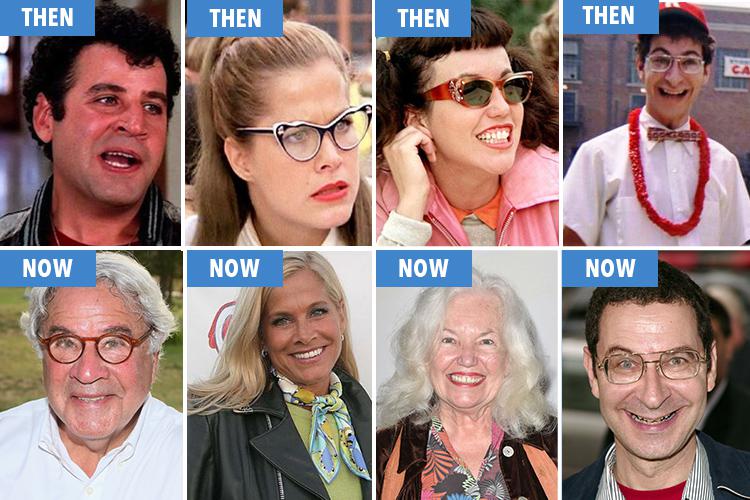 Grease cast then and now – where are Danny and Sandy’s sidekicks? 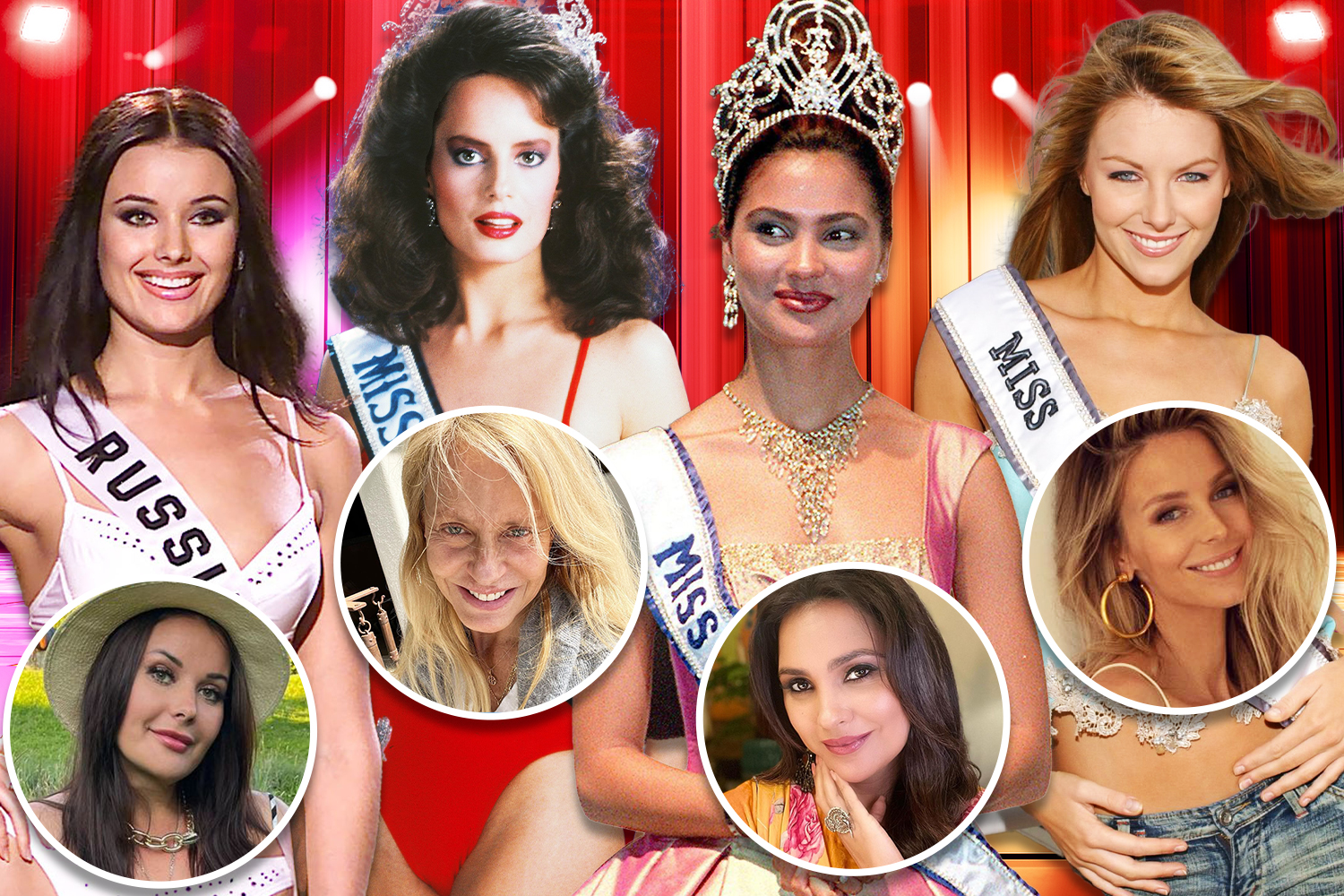 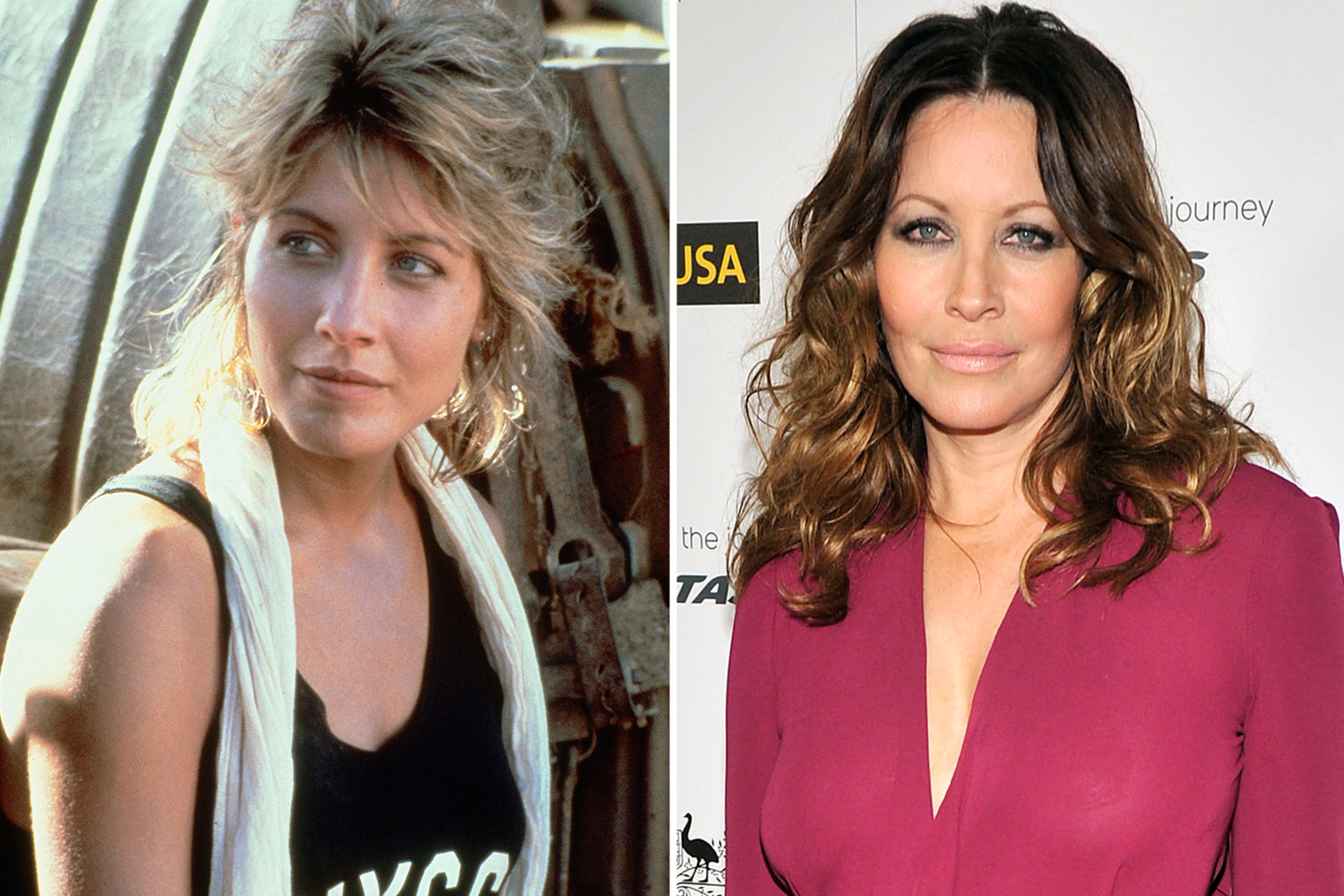 In the film, she played reporter Sue Charlton, who was tasked with profiling Mick Dundee before unexpectedly falling in love with him.

And it was a case of art imitating life, as Linda Kozlowski fell for co-star Paul while they were filming together – an affair that rocked his marriage.

Linda’s performance in Crocodile Dundee earned her a Golden Globe for Best Supporting Actress, but after that, she struggled to land big parts and quit acting to be a mother.

In 2001, she told the Herald Journal: “These straight-to-video, schlocky films I was getting were giving me an ulcer basically because I was the only one on the set that cared about anything.”

Since then, Linda, 64, has been with Moroccan tour guide Moulay Hafid Baba and splits her time between Marrakesh and Los Angeles. 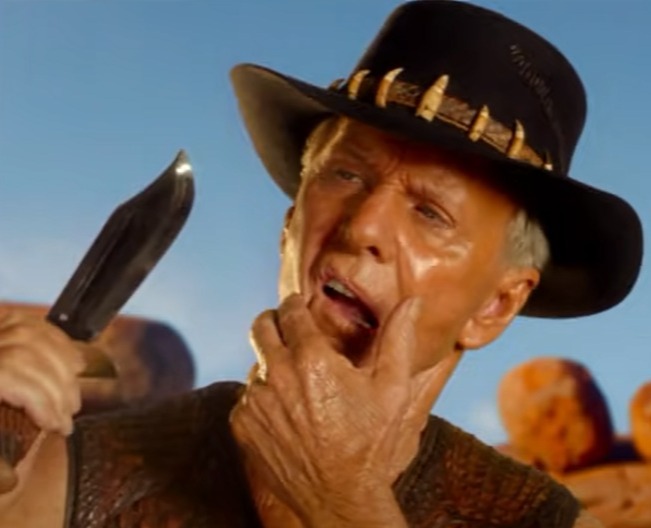 Before his turn as Crocodile Dundee, Paul shot to fame in the Aussie talent show New Faces, where he performed as a tapdancing knife thrower.

The 82-year-old has been married three times – twice to Nolene Edwards, mother of five of his children, and when they split it was described as Australia’s ugliest celebrity divorce.

It followed his fling with co-star Linda, who he was married to until 2014 when they cited “irreconcilable differences” and having nothing in common while getting divorced.

Paul’s career led to him appearing in an advert for Fosters beer, play Porter in Flipper and continuing the Crocodile Dundee franchise.

For seven years from 2003, he was investigated for tax evasion and fraud in Australia and America before being finally cleared.

The cases were dropped and Paul, who received an undisclosed payout from the government, later joked: "I did them like a dinner."

Paul tends to keep a low profile – apart from his recent outing this week – but two years ago, appeared in The Very Excellent Mr Dundee. 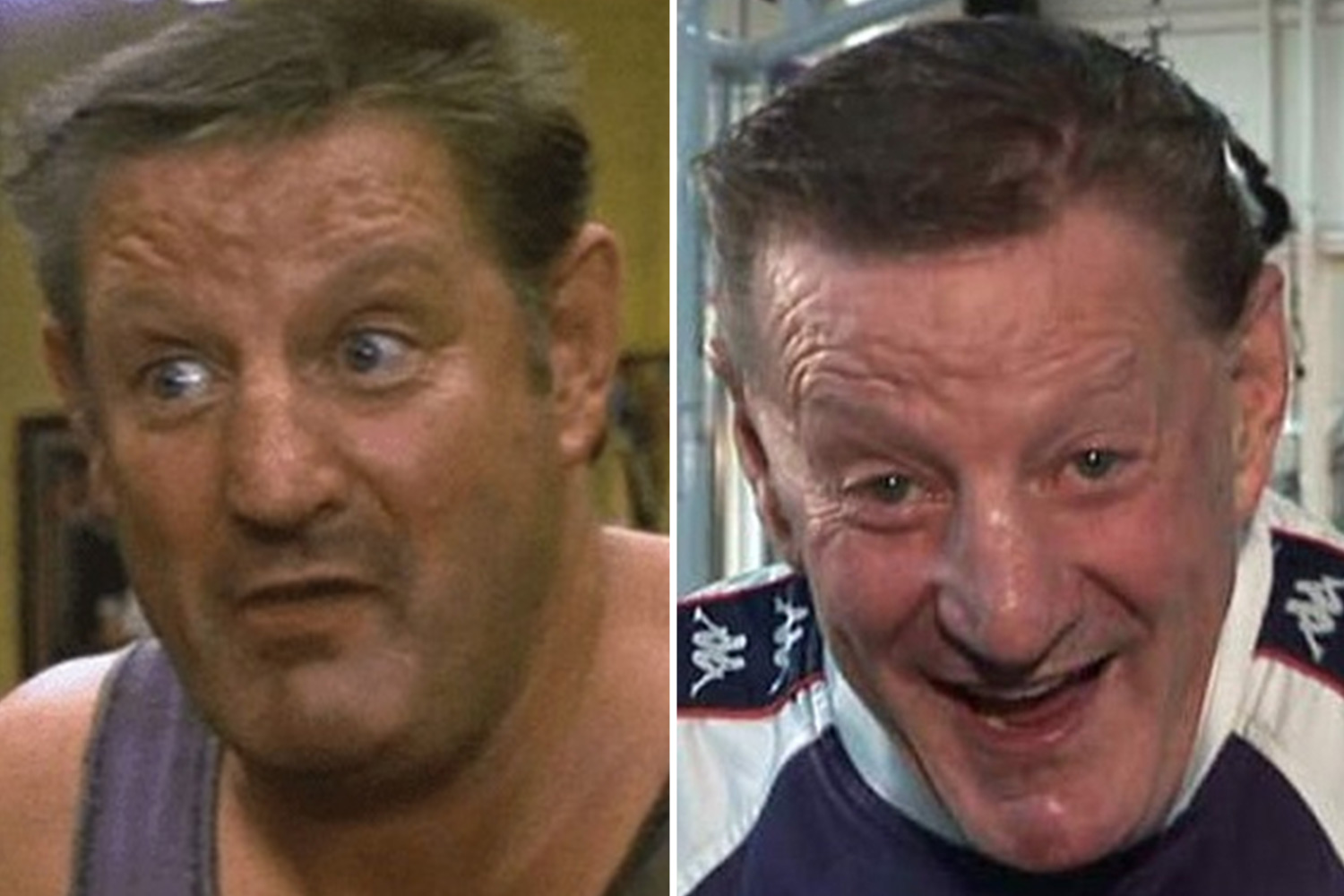 Prior to playing ‘Donk’, Steve Rackman was a wrestler who used the name ‘Crusher’, and famously fought Andre the Giant before a 10,000-strong crowd.

After appearing in three Crocodile Dundee films, the actor stepped away from the limelight and opened several gyms, which he sold to retire in 2010. 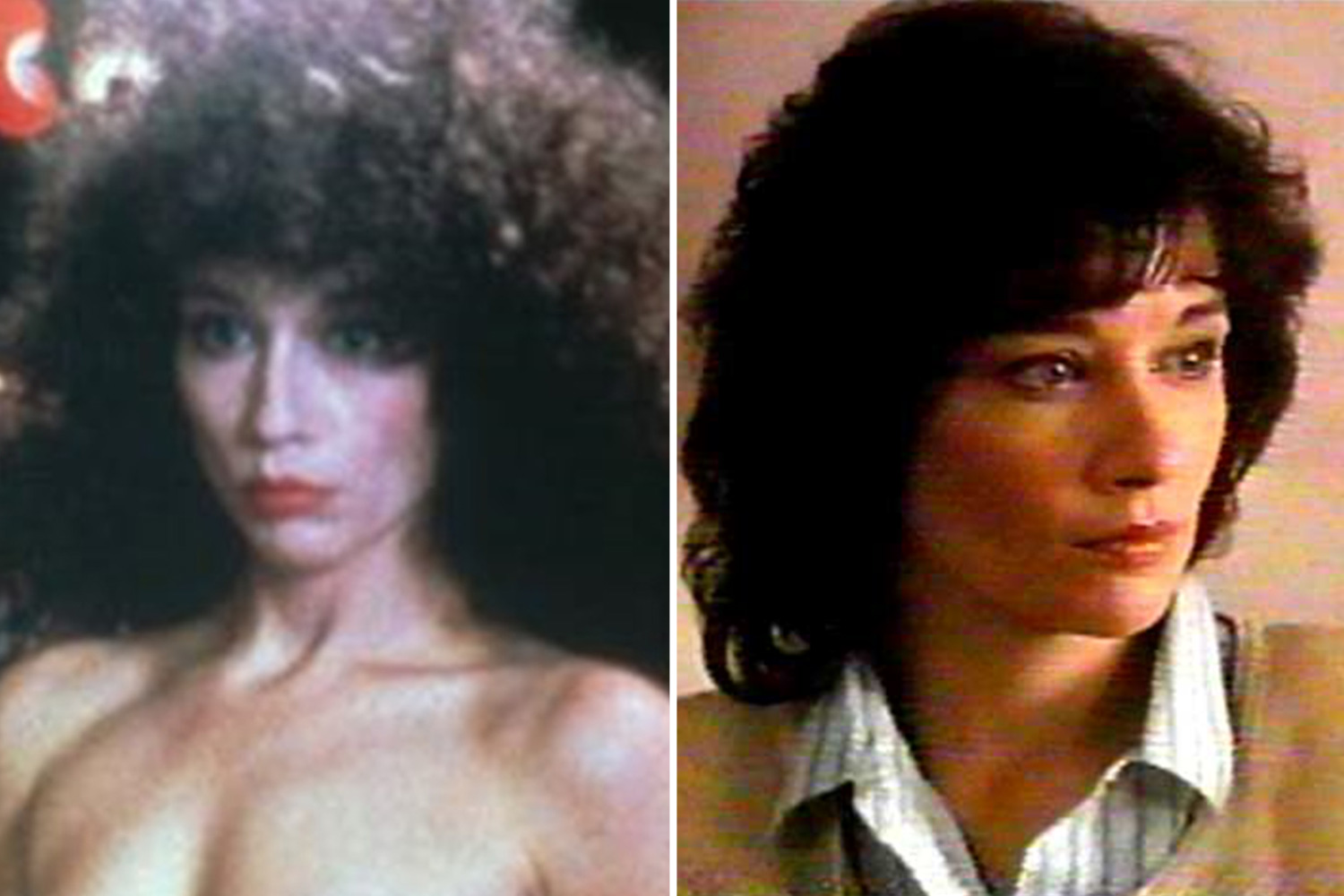 One year after her breakthrough role as Valerian in the fantasy film Dragonslayer, Caitlin Clarke played Simone, a friendly sex worker, in Crocodile Dundee.

She continued to land bit-parts in films but returned to her first love, the theatre, and starred in Titanic: The Musical.

After being diagnosed with ovarian cancer in 2000, Caitlin returned to her home city Pittsburgh, where she taught and performed until her sad death four years later at the age of 52. 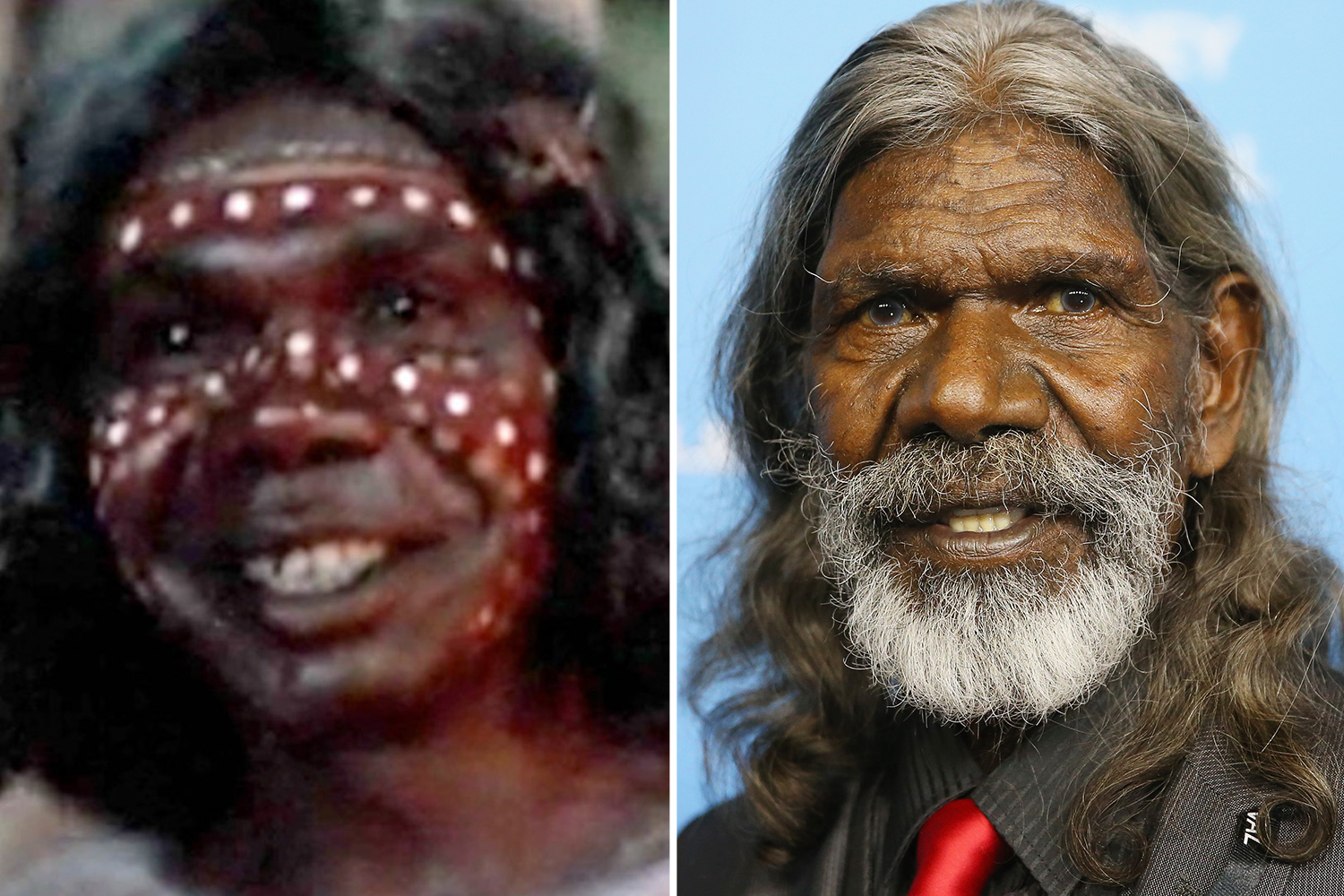 David Gulpilil was a surprising star of TV and film because he raised away from Western influence with the Yolngu people, in Arnhem Land, northern Australia.

He was a talented ceremonial dancer and hunter before landing film roles including Neville Bell in Crocodile Dundee.

The actor won scores of Australian acting awards but his personal life was in turmoil – he struggled with alcoholism and had several police incidents.

In 2006, David was charged with carrying an offensive weapon after drawing a machete during an altercation but was later cleared as the blade was deemed useful for cultural purposes.

After a 12-month prison stint for breaking his wife's arm by throwing a broom at her, he went sober. Prior to then, alcohol was cited as a problem that led to several domestic violence charges.

David was diagnosed with terminal lung cancer in 2017 and died four years later, aged 68. He is survived by three wives and seven children. 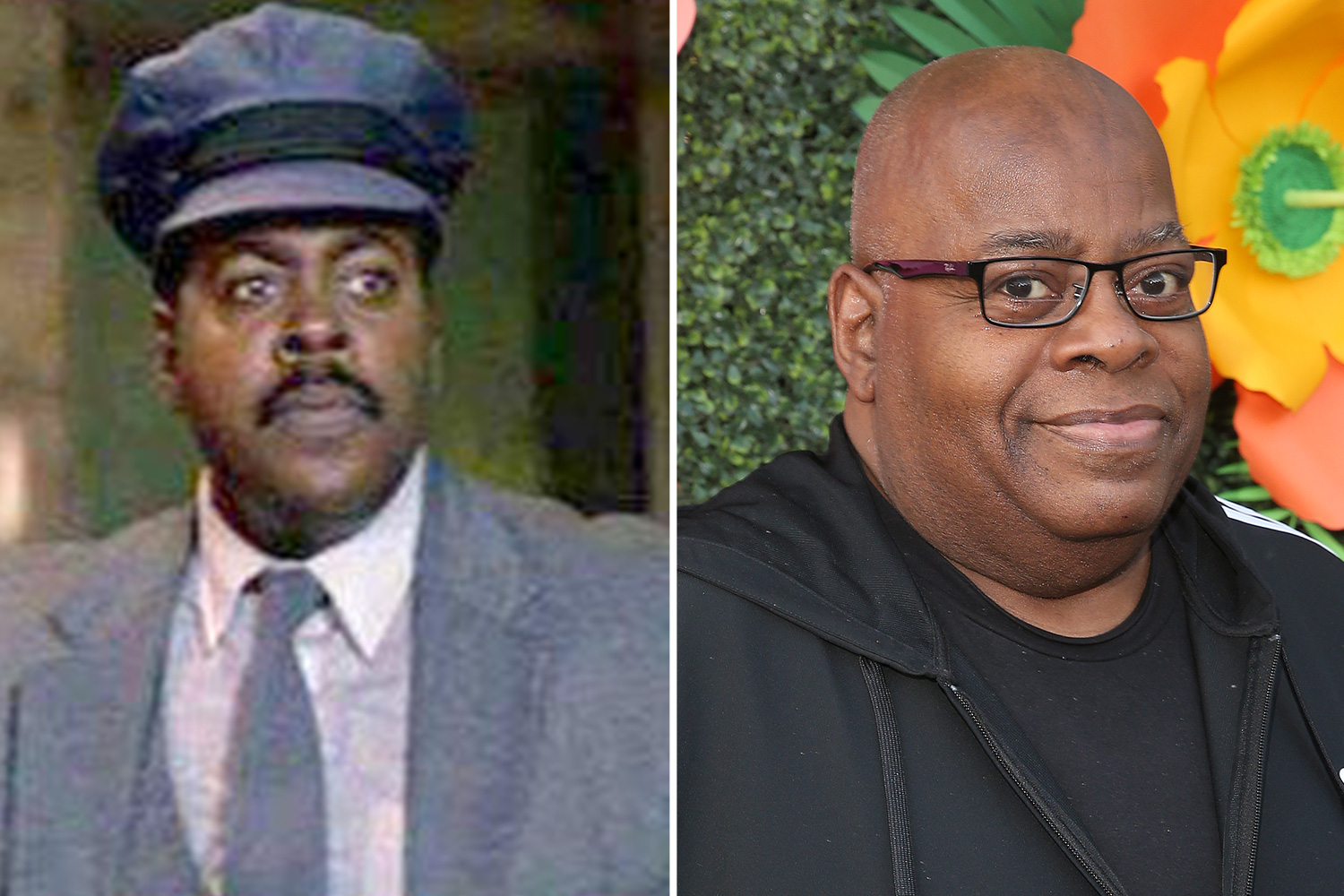 Reginald VelJohnson played the limo driver in Crocodile Dundee and previously made a brief appearance in Ghostbusters.

But after the film, the actor got his big break as a police officer in Turner & Hooch, which led to him playing more parts as a cop.

Since then the 69-year-old has starred in two Die Hard films, CSI: Crime Scene Investigation, That’s So Raven and Will & Grace.

In 2017, Reginald was the victim of an internet death hoax – when a website falsely claimed he had died of a heart attack. 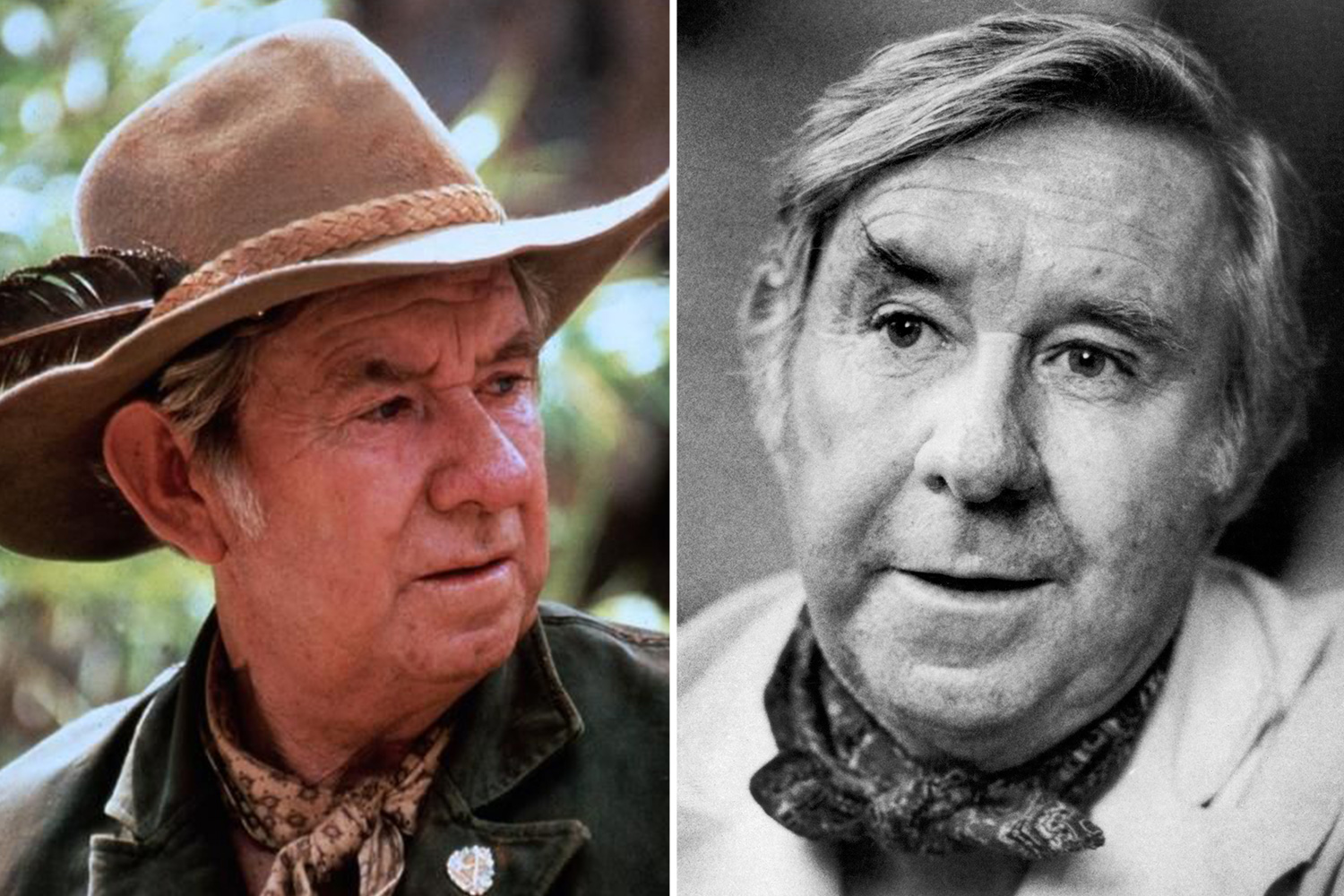 John Meillon starred in scores of films before playing one of his most memorable parts, Walter Reilly in Crocodile Dundee.

The actor received an OBE for his services to theatre in 1979 and later his favourite pub The Oaks, in Neutral Bay, opened The John Meillon OBE Bar in his honour.

John regularly frequented the boozer, including on the week that he was found dead at home in 1989 from cirrhosis at 55 years old. 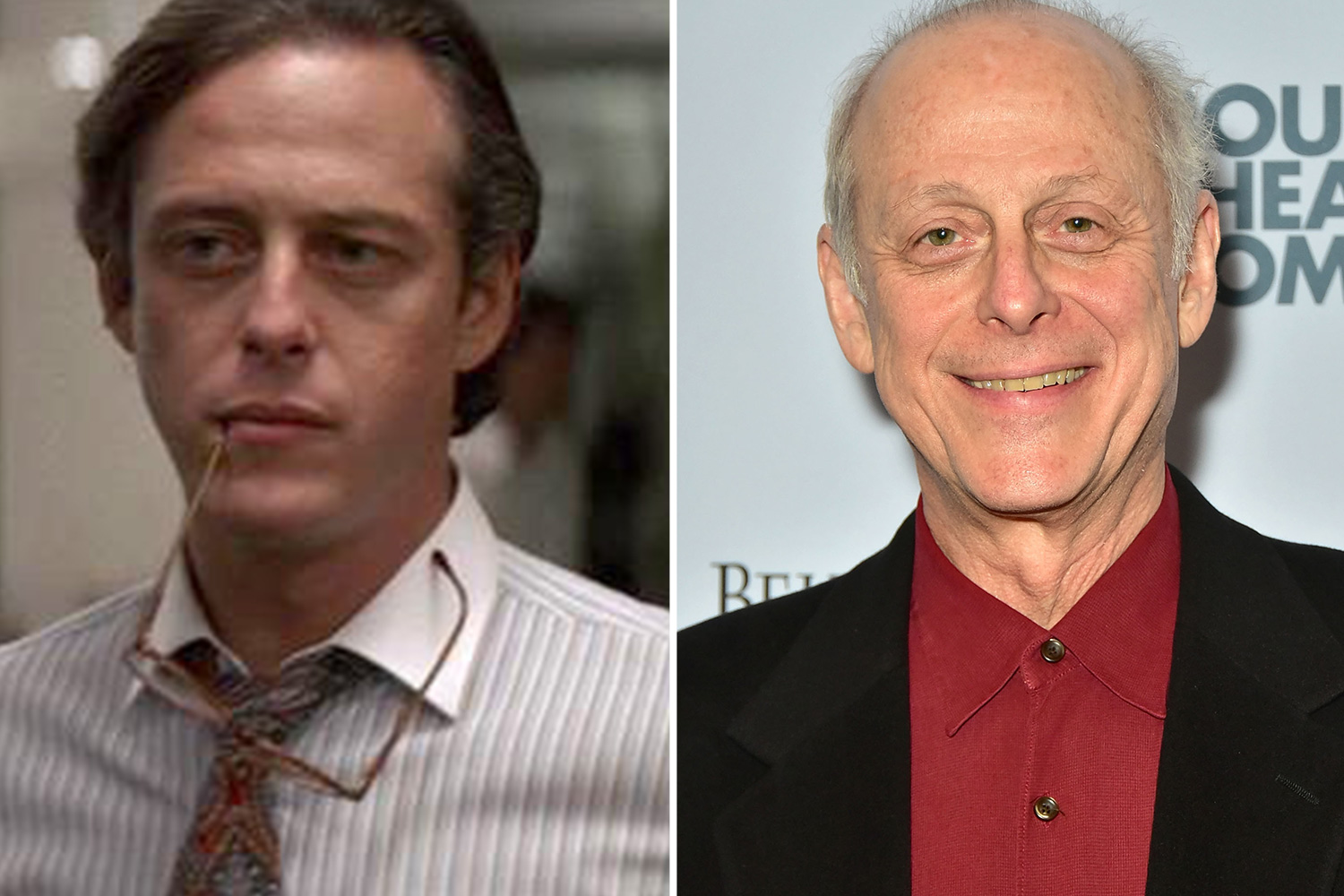 After the film, he was embraced by Hollywood and starred in films including Lovesick and Blind Date as well as TV shows including Frasier, The West Wing and Succession.

Mark died from complications related to coronavirus in 2020 at the age of 69.