The Yearly with Charlie Pickering

In a year when Aunty has struggled on-screen and behind the scenes, Charlie Pickering and his team on The Weekly have provided one of the reliable highlights. Their efforts were recently recognised with the AACTA Award for best entertainment program. Now, in an annual round-up that has become a summer staple, they'll look back on a year that offers an abundance of material: leadership spills in Canberra, Thai cave rescues, royal weddings and Trump antics, to name but a few. 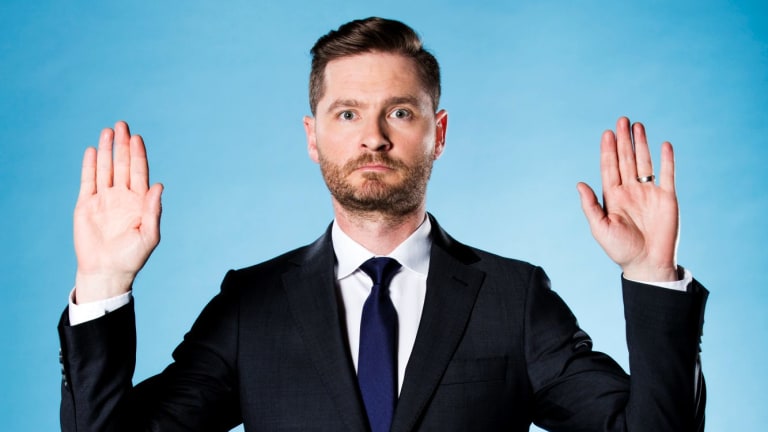 The Yearly with Charlie Pickering.

Sarah Ferguson will front up for some Hard Chat, Roy and HG will offer their account of the year in sport. Pickering will be joined by his regular playmates, Tom Gleeson and Kitty Flanagan, though this special will, sadly, feature a fond farewell to Flanagan and possibly the last chance to hear someone calling the host "Chuck".

Julia Morris has become Channel Ten's go-to gal for light entertainment and she works hard to keep the energy fizzing in this good-humoured dating show in which, thankfully, no one vows to get married. Also, to its credit, it doesn't limit its selection of singles to hetero twenty-somethings. The final episode of the 10-part season sees Dallas as the first "date picker". The primary school teacher arrives in an extravagantly frilly shirt because, he explains, to likes to "larp" (for the uninitiated, that's live action role playing). He's followed by primary school principal Sheryl. In between, there's a recap on a date engineered by the show, which involves a life-drawing class, and, later, Albertina and Courtney return to discuss their date at a horse yoga class (yes, you readthat right). They also provide some surprising revelations for the finale.

No announcement has yet been made about another round for the dating show. But its busy host is preparing to head to the jungle for the next season of I'm a Celebrity … Get Me Out of Here!, as well as a gig on Ten's coming variety show, Chris & Julia's Sunday Night Takeaway, which she'll co-host with her jungle pal, former Bondi Vet, Dr Chris Brown. Now there's an odd-couple match.

One of the showers is broken, there's a dispute over make-up and no one knows what's for dinner. But none of this daunts Daniella, who remains preternaturally calm, loving and controlled, most of the time. The mother of nine girls, who works full-time and is studying for a degree in social science, gives new meaning to the idea of a quiet achiever. The final episode of this second season of the documentary series focuses on her life and family: her struggle to find some space to study, a visit to her mother and her relationships with her justifiably admiring daughters. It's an inspiring profile of a motivated woman who juggles an exceptionally demanding life with grace.