If the secret to a good travelogue is creating the impression the host is flitting through blissful locations in glorious solitude, Alex Polizzi's crew deserves a BAFTA for crowd control. At the very least the producers must have employed a 100-strong security team to keep the madding crowds at bay as Polizzi wanders through the eerily deserted streets of Puglia. While the English-Italian star of The Hotel Inspector and The Fixer could address the matter at hand – where have all the people gone? – her pleasant travelogue-from-central-casting patter instead extols the virtues of this lesser-touristed part of Italy, from the white marble beauty of Lecce, known as the Florence of the south, to cave city Matera, once a source of shame and now a UNESCO World Heritage site. I guess she had to pretend it's a well-kept secret for the sake of a series called Alex Polizzi's Secret Italy – but if only all travel was as easy and crowd-free as she makes it look. LD 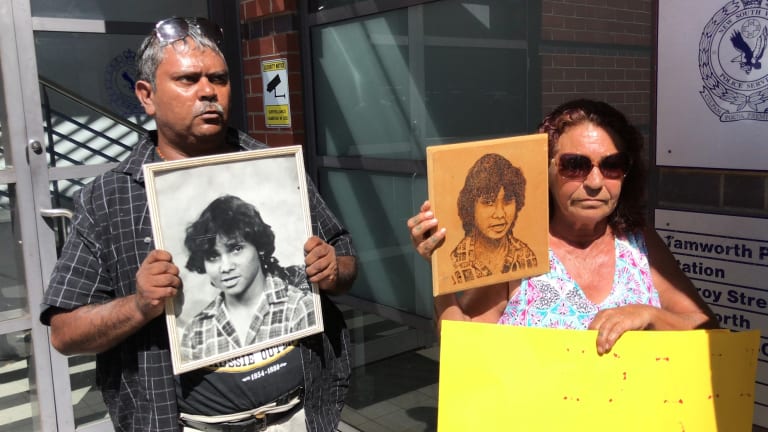 At a time when investigative journalism is ever-more under-resourced and just plain under attack, along comes the second season of Cold Justice to argue the case for the fourth estate. Over four weeks, journalist Allan Clarke will investigate three more cold case deaths of Indigenous people, beginning with the death of 17-year-old Stephen Smith, found dead on a remote stretch of train tracks in rural NSW in 1995 and whose death was quickly considered a suicide by local police. Clarke doesn't have to dig too deep to uncover a litany of procedural failures, including the burning of Smith's clothing without his family's consent, a failure to follow up witness leads and a "just forget about it and get on with your lives" attitude towards Smith's family. Crusading journalism at its best. LD

Even viewers who last tuned into Modern Family before Manny hit puberty will be pleased to see there's some life left in the old dog. In the way of every series except MASH that hit their 10th season and clocked up more than 200 episodes, Modern Family has gone from must-see comedy to pleasant diversion, but the batting average of the tight 20-minute episodes isn't altogether dispiriting. Ergo: this week an accidentally pregnant Haley deciding between her future with boofhead-with-a-heart-of-gold Dylan and her career under a Gwyneth Paltrow-esque boss played with guest star fabulousness by Mira Sorvino. Line honours, as ever, go to any storyline involving Cam, who in what could be interpreted as a dig at how far the portrayal of gays has come, is receiving heat over his politically incorrect coaching style. LD