The debate between Piers Morgan and Dr Shola erupted as they argued over Meghan Markle’s claims she was “mistreated” by the Royal Family. As Dr Shola said the Royal Family was “rooted in racism,” Piers hit back insisting her comments about the Queen were “disgusting” and “unbelievable”. The heated debate came ahead of the landmark interview with Oprah Winfrey airing exclusively on ITV on Monday evening.

As Dr Shola slammed the Royal Family over their alleged treatment of Meghan, Piers expressed his disgust at her comments.

“You know what, I find what you’re saying about the Queen actually disgraceful,” Piers stated.

“You’re entitled to your opinion Shola, sorry, no I’m allowed to respond to what you are saying.”

But Dr Shola hit back: “The Royal Family as an institution is rooted, listen, you might learn something. 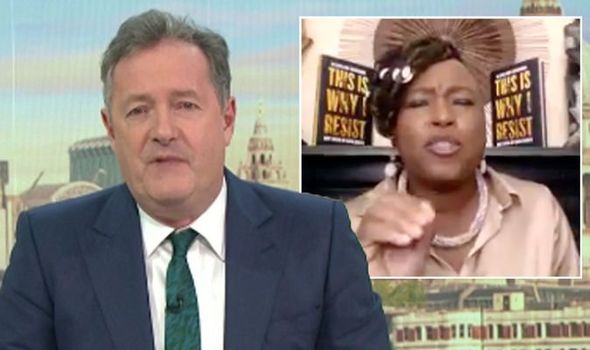 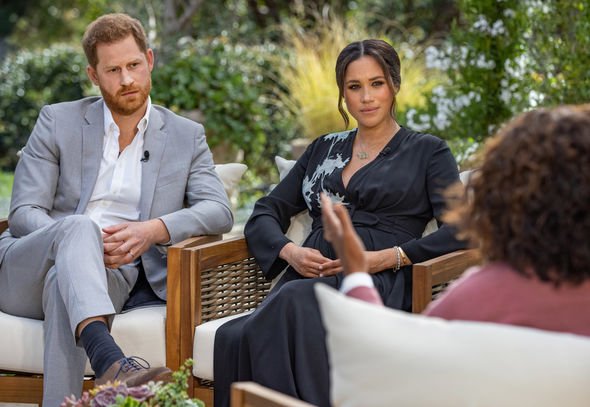 “The Royal Family as an institution is rooted in colonialism, white supremacy and racism.

“The legacy is right there, so you are now surprised that a comment made by several members of the Royal Family about how dark Archie’s skin is.”

As Dr Shola continued, Piers asked: “Are we allowed to engage? You’re not stopping.” 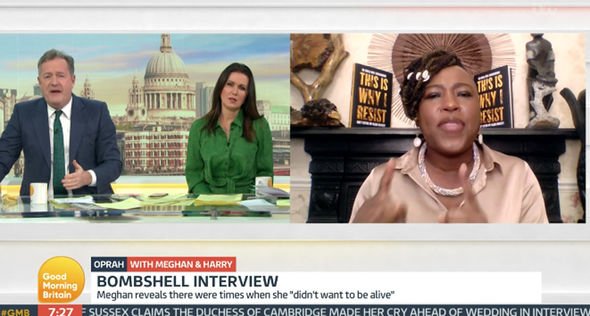 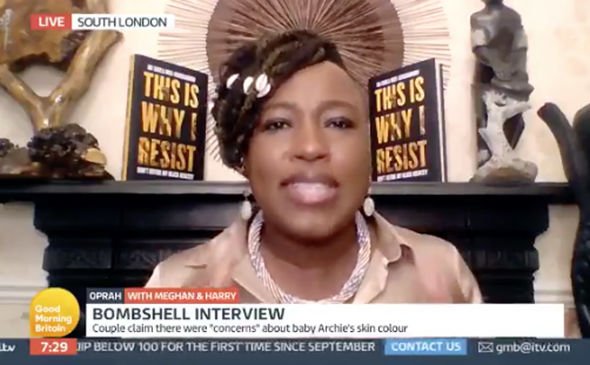 When the GMB presenter could finally get a word in, Piers snapped: “I think what you just said about the Queen is disgusting, it’s unbelievable.

“You talk about the behaviour of a 90-year-old,” but Dr Shola cut in once more as Piers begged her to allow him to “defend the Royal Family”.

Later in the interview, Piers continued to slam Dr Shola along with Meghan and Harry for “piling on hurt” on the Queen.

“What about the behaviour of Meghan and Harry who are spray-gunning his family on global television as Philip lies in hospital?” Piers asked.

“You might laugh but I don’t think it’s funny. I think it’s piling hurt on the Queen who is already suffering greatly from her husband’s illness.”

Dr Shola replied: “What I don’t think is funny, is the fact you are such a disappointment.

“I wish to God that one day you’d surprise me. You constantly use your platform as a wealthy white privileged man with powerful influence…”

“What a load of nonsense,” Morgan hit back. “What a load of race-baiting nonsense. We have done more on racial issues on this show than any other show on television.

Dr Shola continued: “You want to deny that the Royal Family has any racial undertones or actions against the first biracial person simply because you’re in love with the Queen?”

Those tuning in were quick to comment on the debate with one viewer posting on Twitter: “Such disgraceful comments from Dr Shola. Her attitude lost any credibility, to what valid points she may have had.”

However, another posted: “She spoke pure facts. Finally someone is speaking the truth!”

Good Morning Britain airs weekdays on ITV at 6am.

Oprah With Meghan and Harry is on ITV at 9pm on Monday March 8. You can watch the full interview afterwards on the ITV hub