No need to save a red, spinning seat for Adam Levine.

The Maroon 5 frontman-turned-longtime The Voice coach fielded questions on Instagram Stories this week and when one follower asked, “Come back to the Voice?” he responded simply: “No thank you?”

Levine was one of the show’s original coaches when The Voice premiered in 2011 and he served for 16 total seasons, before leaving the show in 2019. At the time, a source told ET that Levine was “burned out” by the competition.

Subsequent seasons have tapped the likes of Gwen Stefani, John Legend and Nick Jonas to appear alongside regulars Kelly Clarkson and Blake Shelton. 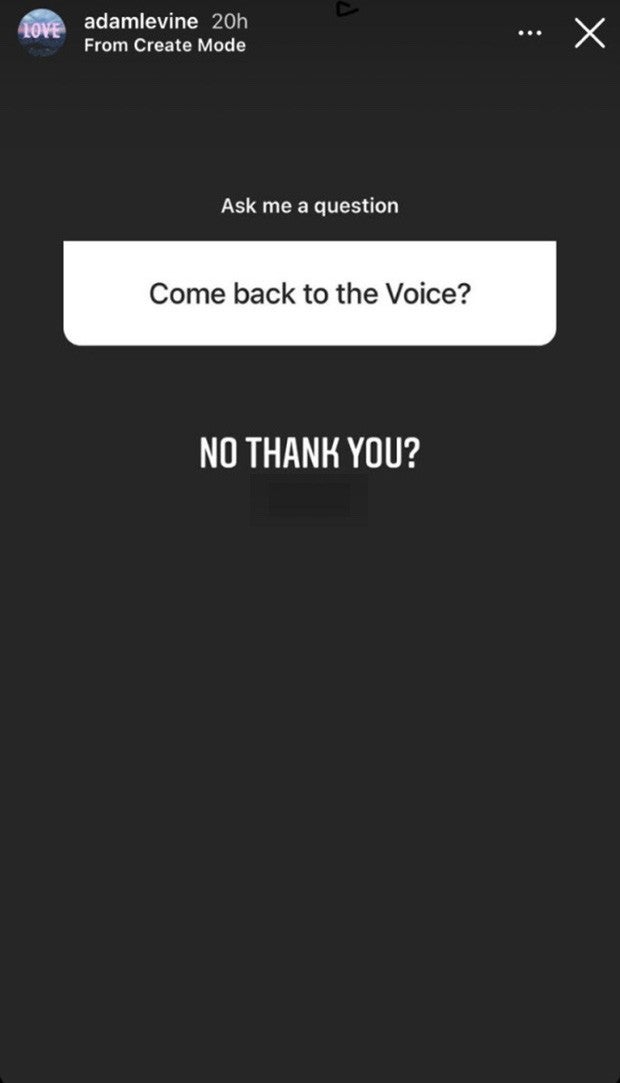 During the same Q&A, Levine engaged in some playful banter about Shelton, responding to any questions about his one-time fellow coach and bromantic interest with some version of “Blake who?” or “Who is this Blake you speak of?”

While The Voice reunion may not happen on our TV screens anytime soon, Shelton did recently share his hope that everyone will be in attendance for his and Gwen Stefani’s nuptials. “He may not like it, but Adam Levine’s gonna have to get the band together and come and play our wedding,” he said.