The thought of being stuck at home becomes a bit more appealing when Zendaya and John David Washington are involved. The trailer for their made-in-quarantine movie, Malcolm & Marie, arrived on Friday, previewing the drama about a filmmaker and his girlfriend returning home from a film premiere and spiraling as they wait for the reviews to hit.

“You are by far the most excruciating, difficult, stubbornly obnoxious woman I have ever met in my entire life,” Washington’s Malcolm says in the trailer. “I f**king love you.”

The trailer is a masterwork of monochromatic moodiness, all glamorous gowns and simmering stares and mac and cheese. “This is not a love story,” the preview tells us at one point. “This is a story of love.” Watch below.

Malcolm & Marie hails from Euphoria writer-director Sam Levinson, who shot the film entirely in quarantine in compliance with COVID-19 safety protocols. The project filmed over two weeks in a single location — the Caterpillar House in Carmel, California — using a minimal crew and a quarantined cast.

The project was announced in July, with Netflix acquiring it out of the 2020 Toronto International Film Festival. The film now premieres within this year’s extended Oscars eligibility period. 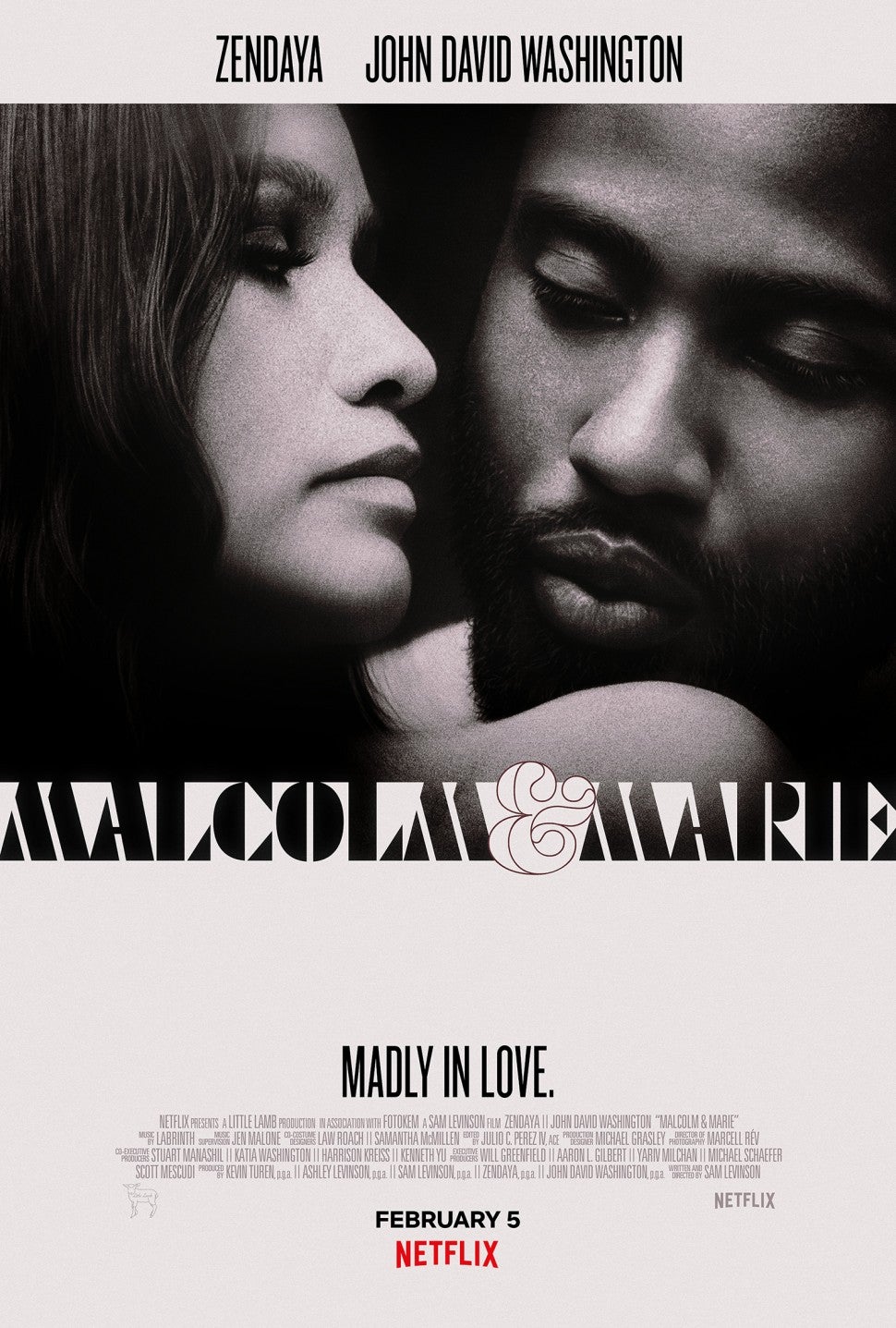 Malcolm & Marie is streaming on Feb. 5 on Netflix.