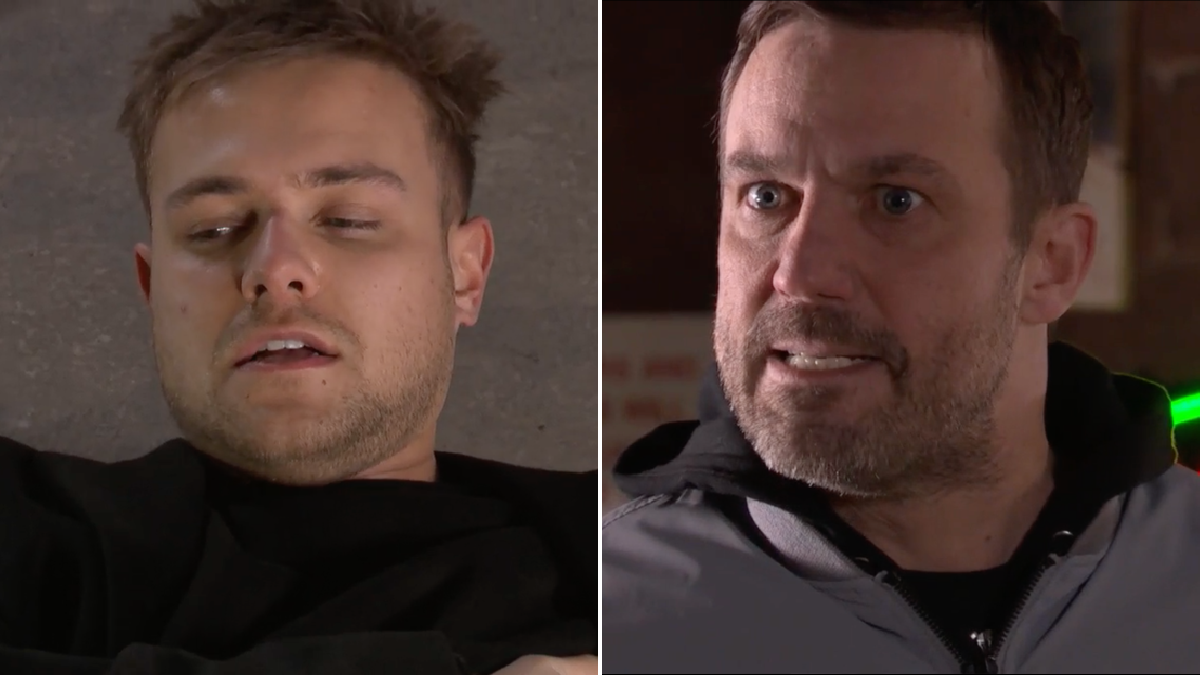 Hell hath no fury like Hollyoaks icon Warren Fox (Jamie Lomas), who is on a mission to catch and kill the mystery perpetrator who left him to die.

The soap’s signature hard-man was knocked down in a devastating hit-and-run earlier this year.

His near-death experience has left him feeling like a shell of his former self, and thus he’s ignored medical advice to rest and recuperate, instead making it his goal to prove to his enemies that he’s as dangerous as ever.

The village’s latest gangster clashed with Warren amid his mission to right his wrongs.

Desperate to prove that he is capable of protecting his family, Ethan set upon Warren, after learning it was he who assaulted Sam Chen-Williams (Matthew McGivern) outside The Loft last month.

Warren, however, got the upper hand on his opponent, and unmasked Ethan, before issuing him with a vile beating.

After trying him to a chair, he demanded that Ethan reveal his reasons for attacking him.

Ethan was adamant that he was merely trying to protect his nephew. Warren, however, reckoned it was Ethan who knocked him down, and thus he set out to get revenge by targeting his family!

His mission was, thankfully, foiled by Sienna Blake (Anna Passey), who ordered him to stay on the straight and narrow if he wants to keep seeing his children.

Warren therefore refrained from sending the Chen-Williams clan a message, but upon realising that Ethan was telling the truth and that he did not run him over, the hard-man issued him with an ultimatum.

He demanded that Ethan be his eyes and ears in the village, reporting back to him anything of interest, as he’s desperate to find out who it was that left him to die.

‘If you don’t [help], then today is going to feel like a teddy bear’s picnic compared to what I’m going to do to you and the rest of your family!,’ exclaimed Warren.

‘If you don’t want to end up in the ground, then you are going to help me find who it was who ran me over and we we are going to put them there first!’.

The question is: will they succeed?

Hollyoaks continues Thursday March 17 at 7pm on E4, or catch the next episode on All4 tomorrow morning.