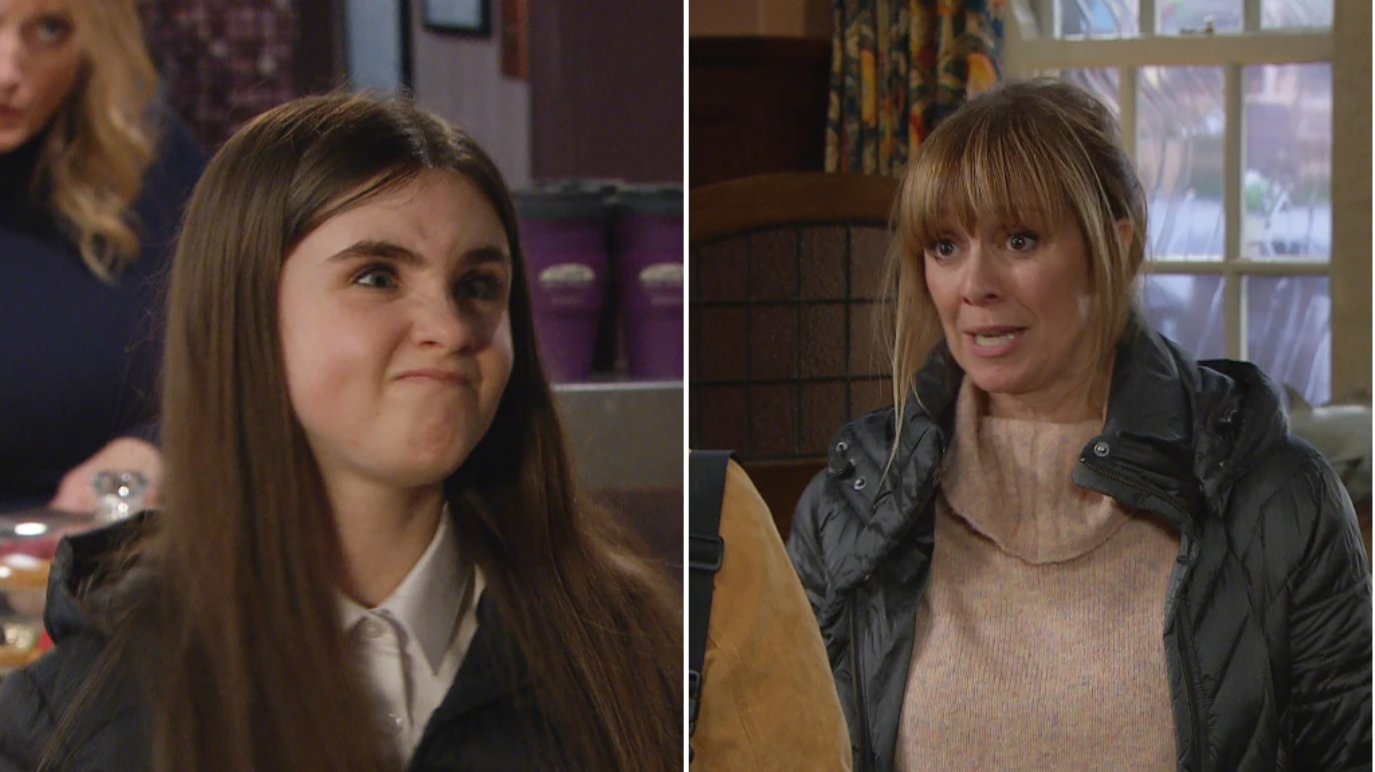 Well who knew Rhona (Zoe Henry) had it in her to knock someone else into next Tuesday? It’s like stepmother like stepdaughter in Emmerdale when both Rhona (Zoe Henry) and April (Amelia Flanigan) chose to use their fists to deal with some uncomfortable situations.

It’s rare that Rhona loses her rag, but when she does, she does. On this occasion she wakes up and choses violence right after judging her stepdaughter from having the same inclination. There will be some consequences to be had here for sure.

April has been becoming quite the sassy mare after everything with Arthur (Alfie Clarke), his bullying for coming out, and generally being slap bang in the middle of her moody teenage phase, and Marlon (Mark Charnock) and Rhona are at a loss. They can’t work out what has got into her, and Rhona is starting to think Naomi’s influence is to blame.

There is palpable tension between her and Naomi (Karene Peter), even without Rhona telling her exactly what she thinks. It’s heightened when Naomi arrives late for work at the Woolpack.

Elsewhere, April’s feisty streak isn’t going nowhere and when Marshall the bully arrives at the café and goads her into a fight, she reacts with a punch to the jaw. Rhona is horrified when she hears about April’s actions, this is not the behaviour of the girl she knows. But before Rhona can wrap her mind around April knocking another kid’s block off, she learns the rebellious teen has gone and got a belly button piercing to boot.

Rhona is seething and there’s only one thing for it – she confronts Naomi with her suspicions that this is all down to her bad influence. Pretty insulting, which unsurprisingly irks Naomi. It’s absolute scenes when things escalate to pure violence when the two women throwing their own punches. So much for setting the teenager an example.

Rhona doesn’t stop there with her bad example, she goes on to one-up April with her pettiness. Her next task is to get Naomi sacked from her job at the pub. Naomi is devastated and is left ashamedly telling her dad she’s now unemployed.

But there’s a shock in store bigger than the power of Rhona’s right hook – April confesses that the piercing was entirely her own idea, Naomi had nothing to do with it. Not a damn thing. Ah, awkward.

Rhona has some grovelling to do. Will she own up to her mistake?