Vikings season six part two landed on Prime Video in December 2020 and fans were keen to find out the fate of Bjorn Ironside (played by Alexander Ludwig). He had been seriously injured in the Rus battle in the first half of the season, and there was a question of whether he would survive. Bjorn drew his sword one last time in a bid to scare the Rus army, and he was tragically killed by the Rus captain – Ganbaatar (Andrei Claude). Actor Claude spoke exclusively to Express.co.uk about his role.

How did Andrei Claude feel about killing Bjorn Ironside?

The first couple of episodes in the final season followed the continuation of the conflict between the Rus and Scandinavian Vikings.

Leader of the Rus – Prince Oleg (Danila Kozlovsky) – believed he had claimed victory as it was understood that Bjorn Ironside was dead.

Unfortunately for him, Bjorn lived up to his nickname Ironside, and managed to pull through following the first battle.

He had, however, been seriously wounded and his friends and family knew he would not survive the coming days.

In order to throw the Rus Vikings off the scent, he went along with the rumour he had died and gave them a huge shock. 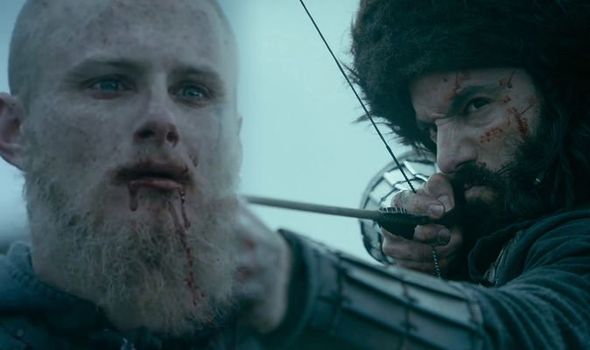 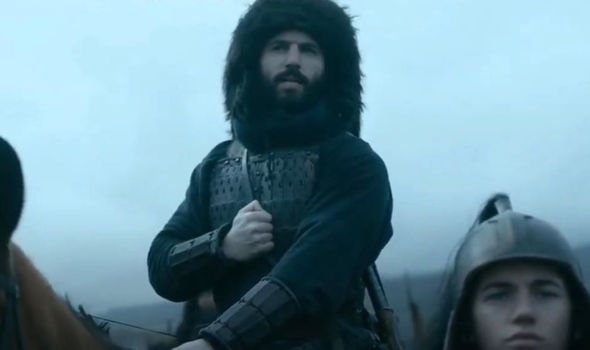 In the second round of the battle, the Rus Vikings looked on in dismay as Bjorn approached wearily on his horse.

Most of them were thinking of retreating, as they believed Bjorn’s appearance was some sort of trickery – all except Ganbaatar.

Actor Claude said: “Upon seeing Bjorn approaching, all the Rus soldiers, except for Ganbaatar, begin to fear that he is some kind of a God and almost start to retreat.

“The moment when Ganbaatar begins to shout at his men and on his own advances towards Bjorn was probably my favourite.”

In the iconic scene, Ganbaatar said he would prove that Bjorn was not invincible, and he drew his bow and arrow, proceeding to shoot at Bjorn a number of times. 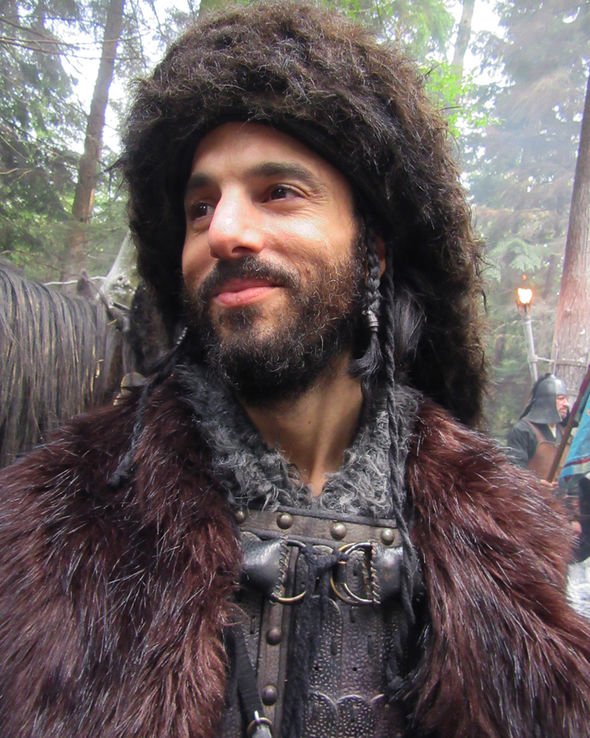 When blood started to pour from Bjorn’s mouth, Ganbaatar and the rest of the Rus knew he was no longer in the fight.

Speaking about his role of killing the mighty Bjorn, Claude said: “I received the script for episodes 10 and 11 together. Since I kept reading, there was little time for me to jump to any conclusions, whether or not I thought Bjorn Ironside was in fact dead or still alive.

“However, although I knew season six was to be a conclusion of this incredible saga, I did not expect him to be killed off so early on.

“Initially I was surprised to read that Ganbaatar would be the one to end Bjorn’s life, but it made sense and I must admit that it was a thrilling moment.”

Many fans were also shocked to see Bjorn die so early on in the final season, and it was an emotional moment for everyone. 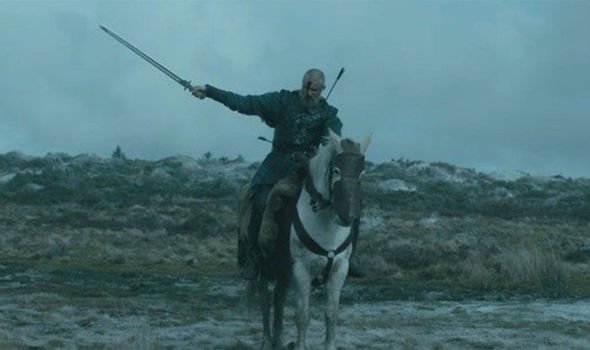 Claude recalled his time on set, and it took a long time for the ultimate battle to come together.

He said: “We had been rehearsing for weeks, so everyone was well prepared in terms of choreography and safety measures.

“However, with all fight scenes I still do get a slight rush of adrenaline, and being on such a large scale and also somewhat of a time constraint this one went to a whole new level.

“The Rus believed that Scandinavia belonged to them, having been Vikings themselves in the past. So with a leader like Oleg of Novgorod it’s of little use arguing against that. Yes, it was exciting to be part of such a strategic and complex plan.”

Fans were pleased to see Prince Oleg get his comeuppance later on in the series, when he was killed by his young nephew, Igor (Oran Glynn O’Donovan).

Speaking of Oleg’s character, Claude said: “Oleg is a truly ruthless character, but definitely not invincible.

“I suppose like many of the rulers during the ninth and tenth century, Oleg’s motives were to conquer as much land as possible, and he used every opportunity and resource available to achieve this.”

Meanwhile, Bjorn’s bravery and resilience was not in vain, as he would always be remembered as one of the greatest kings of the Viking Age.

The final instalment of the Vikings saga did not disappoint, and the series will remain in the hearts of its loyal fans forever.

Vikings season 6 part 2 is on History and Prime Video