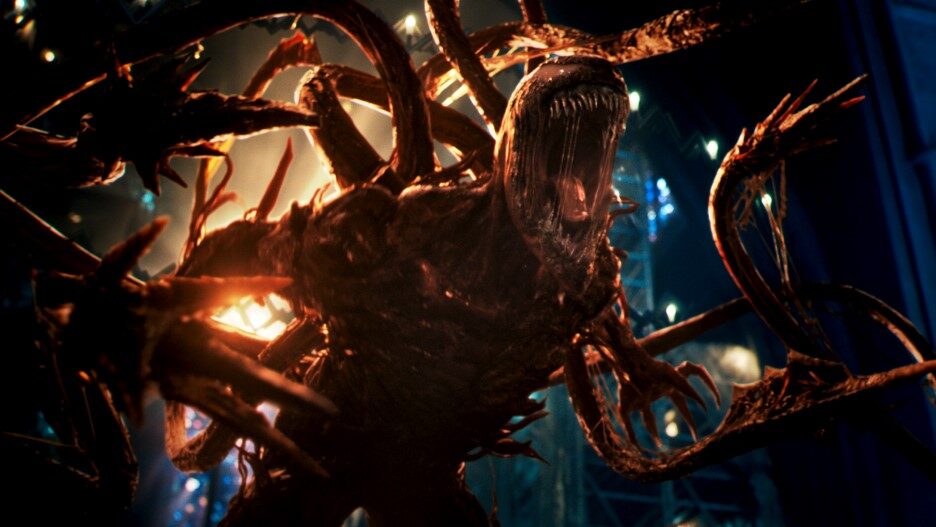 “Venom: Let There Be Carnage,” the sequel to Sony’s hit superhero movie “Venom” from 2018, made $11.6 million at the box office Thursday, surpassing “Venom’s” $10 million Thursday numbers.

The sequel to “Venom” opens alongside Warner Bros. and New Line’s “The Many Saints of Newark” and United Artists and MGM’s animated “The Addams Family 2.” Both of those films aren’t opening just in theaters, on HBO Max and on digital rental respectively, but it no doubt kicks off a busy October at the movies.

Sony is projecting that “Venom: Let There Be Carnage” will make $40 million in its opening weekend, with independent analysts saying it could get as high as $60 million if word of mouth is as strong as it was for the original “Venom.” That film in Oct. 2018 set a then-record at the Thursday box office by bringing in $10 million, and it went on to a stellar $80.2 million start.

With the COVID-19 pandemic still a factor, the studio is hoping that “Venom” opens somewhere between “The Suicide Squad” and “A Quiet Place — Part II.” “The Suicide Squad” made $4.1 million at the Thursday box office and went on to gross $26.2 million, though it also opened on HBO Max. And “A Quiet Place – Part II” beat the preview opening of its predecessor, grossing $4.8 million on Thursday before opening to $47.5 million.

“Venom: Let There Be Carnage” is directed by Andy Serkis and sees Tom Hardy reprising his role as Eddie Brock, who inhabits the alien symbiote lifeform Venom that originated in the “Spider-Man” comics. The new film has him facing off against Woody Harrelson, who when he also absorbs the parasitic symbiote transforms into the demon red monstrosity Carnage. Michelle Williams, Naomie Harris and Reid Scott also star in the film.

“The Addams Family 2” also opened in Thursday previews and made $TK million at the Thursday box office from TK screens. It opens on TK screens and is projected for an opening weekend between $13-16 million. The previous “Addams Family” film from 2019 made $30 million in its opening. Oscar Isaac, Charlize Theron and Chloe Grace Moretz star in the animated film that’s based on the classic sitcom.

“The Many Saints of Newark” did not open in previews Thursday but is projected for an opening weekend shy of $10 million. The film has a 76% score on Rotten Tomatoes and is a prequel to David Chase’s landmark HBO series “The Sopranos.” Alessandro Nivola, Vera Farmiga, Ray Liotta, Leslie Odom Jr., Corey Stoll and the late James Gandolfini’s son Michael Gandolfini star in the film that’s set in the ’60s and ’70s in Newark.