The last 16 months have found people everywhere holed up in their homes and turning to television for the entertainment that can get them through times of isolation and turmoil. And those months have seen the emergence of a bumper crop of fresh voices, some of whom were doing great work before the pandemic and some who seemed to break out as the world shut down.

We picked four of our favorites for a photo shoot and a conversation that ranged from the changes wrought by the pandemic to the challenges of cancel culture to sex scenes.

Hannah Einbinder, “Hacks”
A stand-up comedian and writer from Los Angeles, Einbinder goes head to head with Jean Smart on HBO Max’s “Hacks.” She plays Ava Daniels, a comedian whose job prospects dry up after an ill-considered tweet, and who finds herself hired by imperious comic legend Deborah Vance (Smart).

Maya Erskine, “Pen15”
Along with Anna Konkle, Erskine writes and stars in the Hulu series that revisits the constant humiliations of a pair of awkward 13-year-old girls. Erskine and Konkle, who are both in their 30s, play the 13-year-olds amid a cast of real teens.

Punam Patel, “Special”
In Ryan O’Connell’s Netflix series based on his life as a gay man with cerebral palsy, Patel plays Kim, Ryan’s best friend and co-worker at the Eggwoke online magazine. The Florida-born actress of Indian descent landed an Emmy nomination for the first season, when “Special” was in the short-form categories; its second season finds the show moving to a longer comedy-series format. 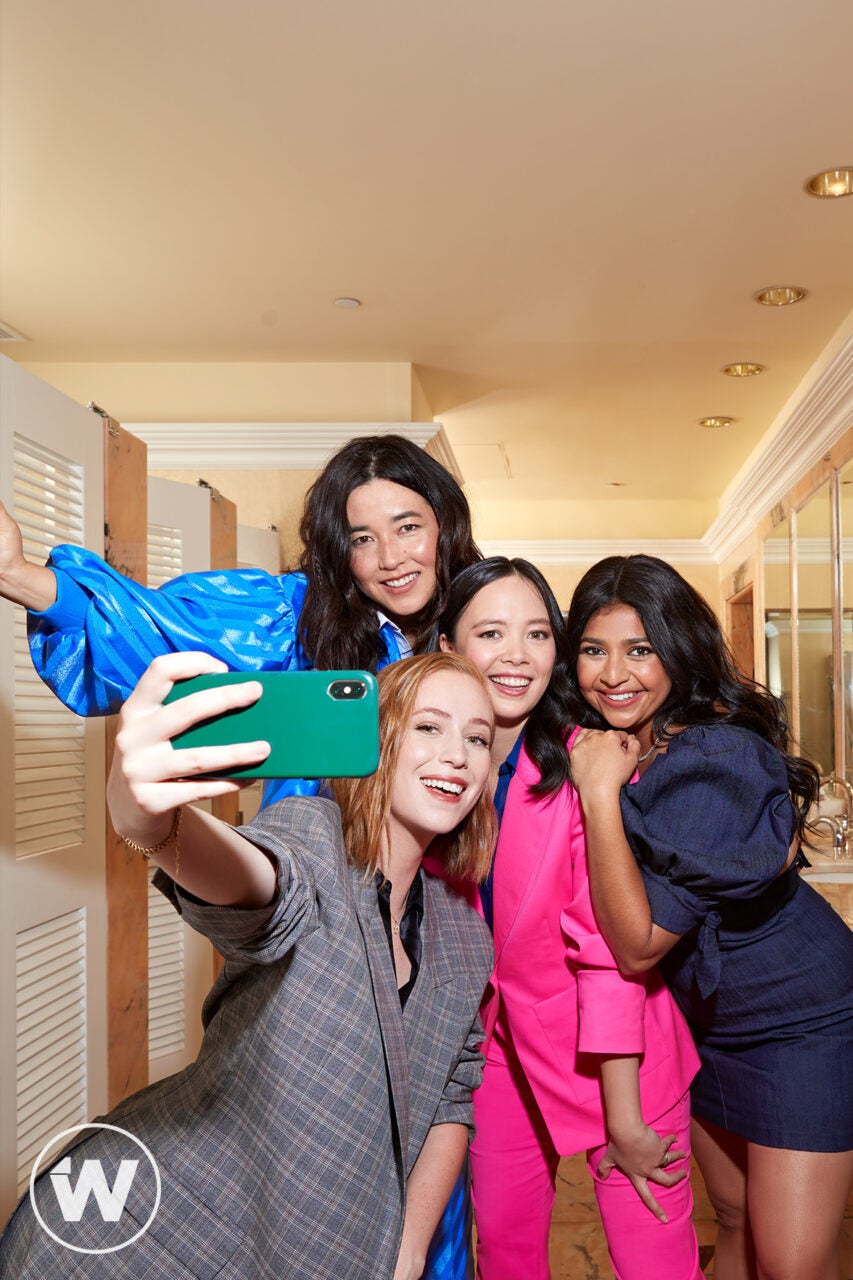 Photographed by Corina Marie for TheWrap

Photographed by Corina Marie for TheWrap