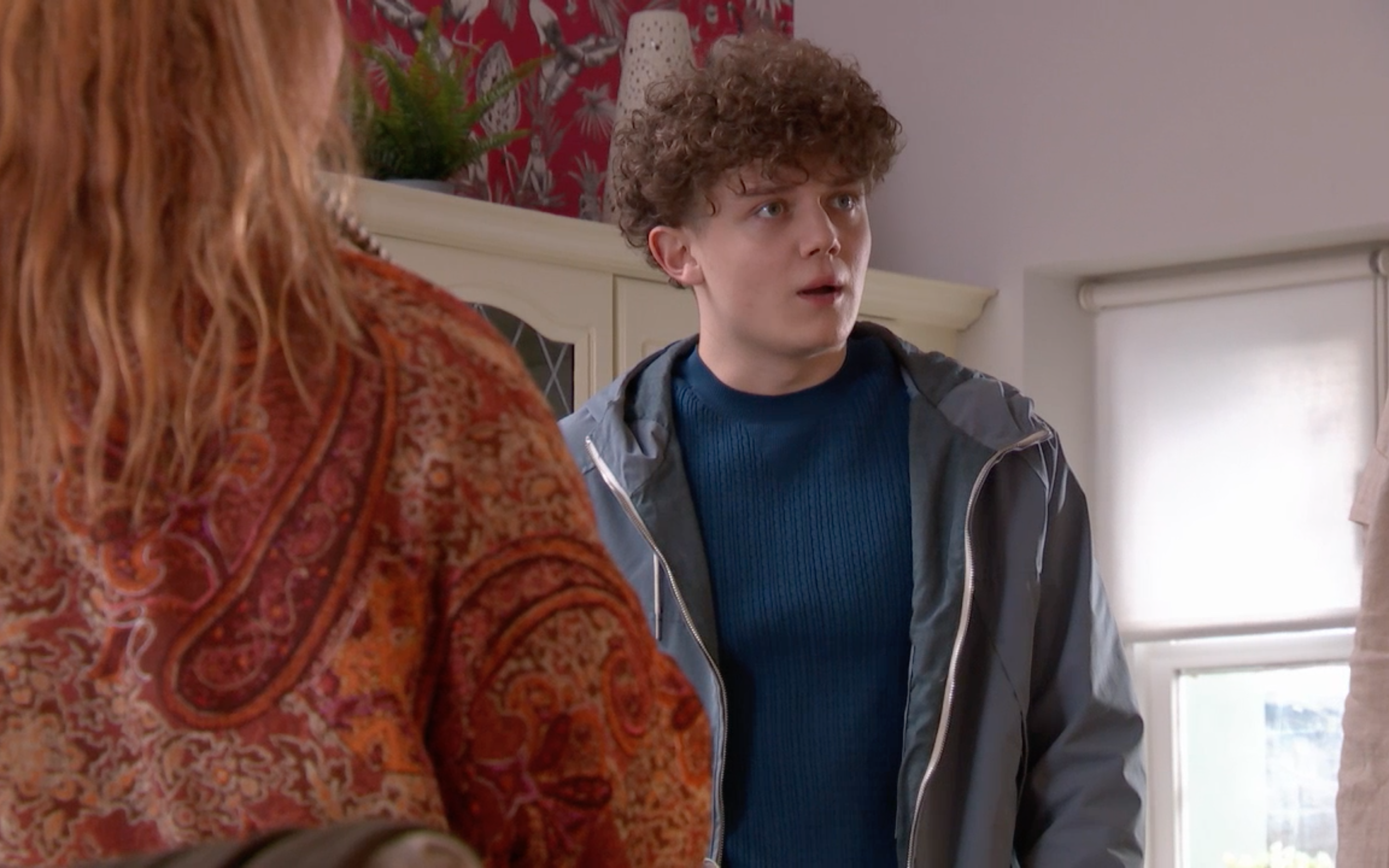 Lisa Hunter’s (Gemma Atkinson) return has brought nothing but trouble for Zara Morgan (Kelly Condron) in Hollyoaks, but she’s not the only one whose life could be turned upside down by the returnee.

Tom Cunningham (Ellis Hollins) appears to be get dragged into proceedings, as he ends up at a protest which turns sour during Wednesday’s (March 16) edition of the Channel 4 soap.

Lisa made her long-awaited comeback to the show earlier this week.

Zara, however, was less than pleased to see her, as she rocked up with boyfriend Dylan Barker (Max Rinehart), who proceeded to ruin her debate against Tony Hutchinson (Nick Pickard).

Zara is running against Tony in a bid to gain a position on the council, but her plans appear to be have been scuppered after Dylan gave Tony all the ammunition he needs to defeat her.

Lisa apologised on Dylan’s behalf, saying that she didn’t mean to ruin the debate, but rather she simply wanted to get Zara’s attention, as she has an offer for her.

What this offer is remains to be seen, but it’s safe to say that Zara will be shocked.

Wednesday’s episode, which is currently available to stream on All 4, sees the duo attend a museum protest.

Zara, however, will soon find herself in trouble with the law, as the protest turns sour!

Pictures from the episode in question, shared exclusively with Metro.co.uk, reveal that Tom somehow gets roped into the plan.

The reason why remains to be seen.

If you simply cannot wait to find out the answer to this question and more, then you’ll just have to head over to All4 to stream the episode right NOW!

Hollyoaks airs these scenes on Wednesday March 16 at 7pm on E4, Thursday March 17 at 6:30pm on Channel 4 or head over to All4 to watch it now.