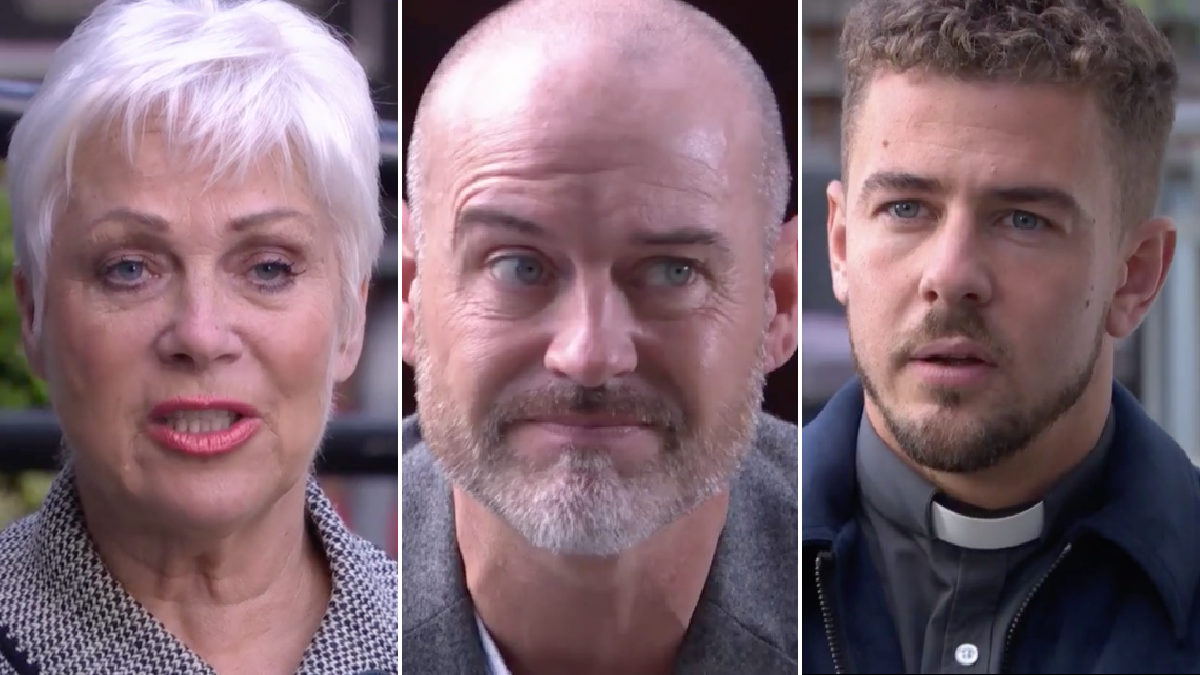 The discovery came in the wake of Maxine learning the truth herself, after she found text messages on Fergus’ phone which confirmed that he’d attempted to sell her for £1,000,000.

Horrified, she wasted little time in relaying the discovery to Trish, who refused to believe her daughter’s accusations. But something Maxine said ultimately left Trish with doubts about her man, and thus – after getting Fergus out of the picture – she took a peek at his mobile phone.

And just like Maxine had said, she found text messages which confirmed the horrific truth.

Trish refrained from confronting Fergus, instead telling Maxine how sorry she is for letting her down and failing to believe her.

She vowed to take Fergus down for what he did, and therefore she resolved to get her hands on his phone once more – but she soon encountered a bit of a problem.

With Fergus desperate to get out of the country, he suggested to Trish and Maxine that they leave tomorrow, before revealing that he’d bought a new phone for his travels.

With the old phone gone, the evidence was scuppered.

She revealed that she knows all about Fergus’ crimes, telling the vicar that she intends to get a confession from him before she leaves the village.

Joel was taken aback, but promised Trish he would do whatever it takes to get Fergus put away and secure his dad’s freedom in the process.

The question is: will Trish succeed in her mission? Will she get the evidence she needs on Fergus? Will she take him down for good?

Or will Fergus once again evade justice?