Today Show anchor Craig Melvin took the opportunity to assure concerned viewers on Monday morning when a fire broke out near the NBC studio.

Craig and Hoda Kotb were both on show when, during the airing, a Fire Department emergency vehicle could be seen outside the studio tending to an incident at a restaurant named The Commissary whilst the presenters sat at their desks reporting the news.

After a viewer picked up on the moment, a tweet read: “Why is the fire truck outside the studio?” to which Craig assured: “Grease fire in the commissary. Everyone is okay thankfully.” Craig is a broadcast journalist who joined as a news anchor for Today in 2018.

Meanwhile, Today show fans have been rooting for Craig’s fellow NBC colleague and resident weatherman Al Roker after the broadcaster faced a number of sad setbacks in his health and family life recently. 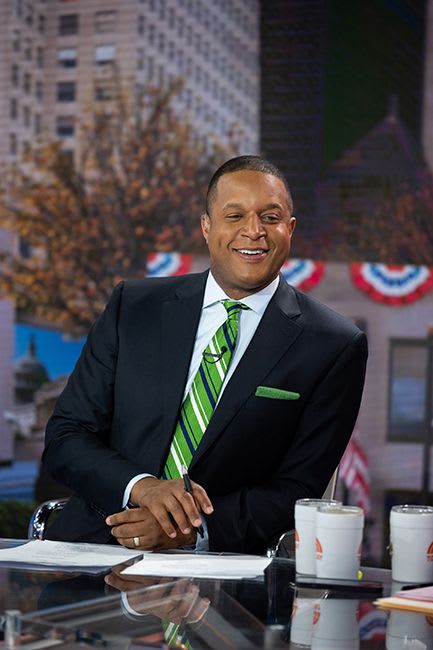 Craig Melvin is an anchor on the Today Show

Al, who has taken an absence from the show due to being hospitalized, gave an update to viewers from home. “It has been a tough slog, I’m not going to lie.

“It has been the hardest one yet and I’ve had my share of surgeries. I have a lot of things and people to be thankful for.” He continued: “It gives you a profound sense of gratitude for this outpouring of prayers and thanks.”

The 68-year-old TV star, who has been a part of the Today Show for over 25 years, was admitted to the hospital shortly after Thanksgiving due to blood clots and remained hospitalized for over two weeks.

Al Roker is taking some time off from the show

After returning home, Al had been recovering in private away from the show, but suffered more heartbreak when he revealed that his sister, Patricia, had passed away.

Al wrote on Instagram: “Our hearts are broken but feeling some heart balm that our sweet sister, Patricia, is with our Mom, Isabel, now after a stroke.”