Another week of Thursday Night Football, another primetime win for Fox. The latest game between the Baltimore Ravens and Miami Dolphins saw the latter snag a win 22-10. The NFL broadcast was obviously the primetime winner earning a 2.1 rating in 18-49 demo and 8.02 million viewers.

TNF was up from last week’s game between the Indianapolis Colts and New York Jets by three tenths in demo rating and 8% in viewers.

In the non-sports fare, Young Sheldon (0.7, 6.76M) returned as the most-watched program, as was the case in the previous week. In terms of demo rating, the CBS comedy tied with Grey’s Anatomy’s latest installment.

Grey’s Anatomy returned for its latest Station 19 crossover event, which bid farewell to Okieriete Onaodowan’s Dean Miller. The Station 19 firefighter died from injuries sustained during a pair of explosions that rattled Seattle. With the dramatic crossover event, Grey’s was up from its last installment and rose from the last crossover event.

The rest of CBS’ primetime slate was steady in demo rating. The CW peaked with Walker (0.1, 0.88M) 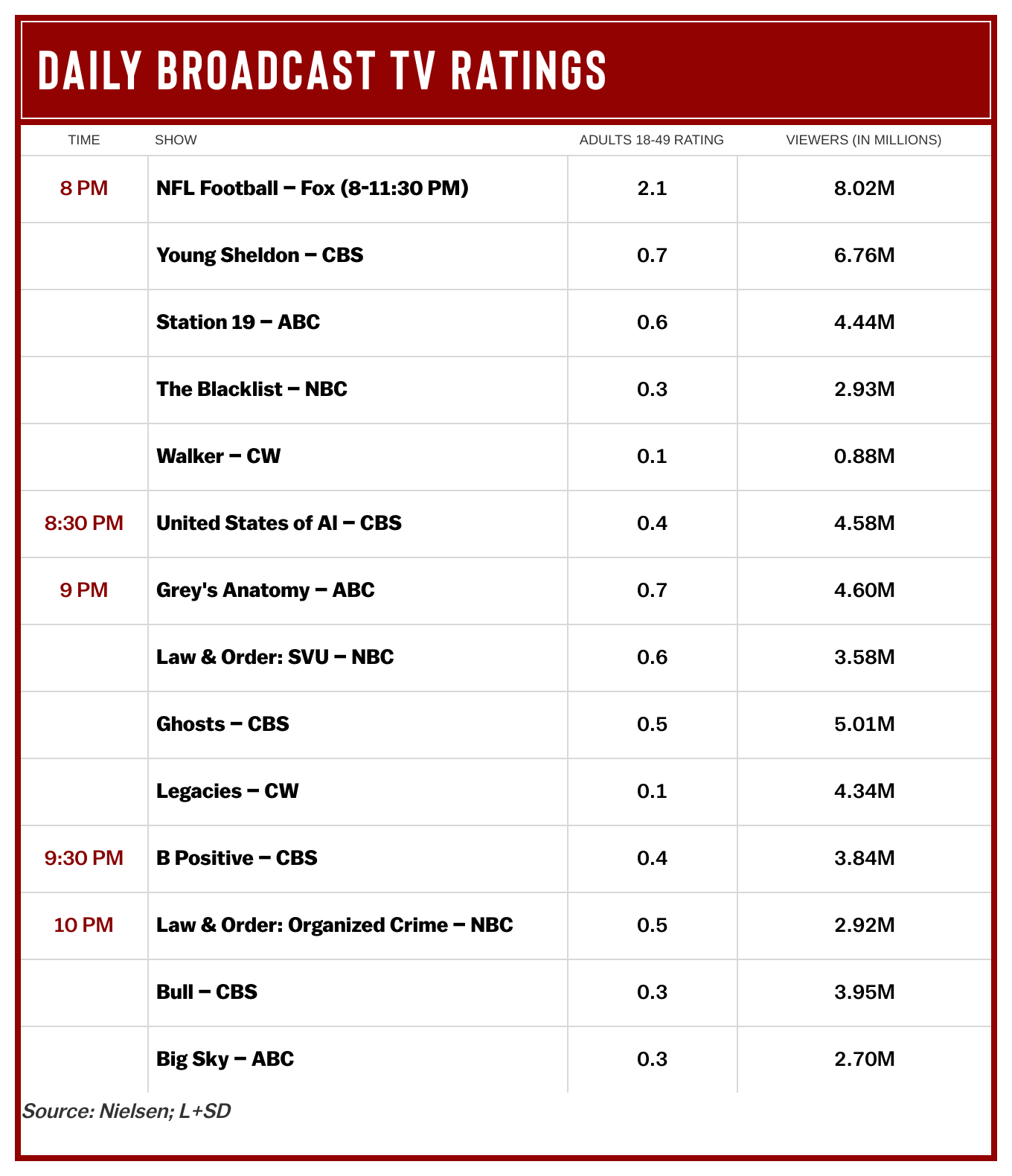