Timothée Chalamet isn’t one to hide his love of Christopher Nolan. While accepting the Best Actor prize from the New York Film Critics Circle in 2017, Chalamet called Nolan’s “The Dark Knight” one of his favorite films and even credited Heath Ledger’s performance as The Joker as being his biggest inspiration to get into acting. Imagine how excited Chalamet was then when he landed a supporting role in “Interstellar.”

Nolan’s 2014 science-fiction epic cast Chalamet as the son of Matthew McConaughey’s Cooper, but the role didn’t end up being as major as Chalamet thought. During a recent interview with Emma Stone for Variety’s “Actors on Actors” series, Chalamet said he felt like a “fraud” while promoting the film alongside Nolan and heavyweight actors like Anne Hathaway and John Lithgow. After Chalamet first saw the movie, he went home and “wept for an hour” because his role wasn’t as grand as he thought it was in his head while making the movie.

Chalamet appears only briefly as Cooper’s son, who is mostly played in the film as an adult by Casey Affleck. Chalamet told Stone that he was excited during production when he got the chance to perform an integral emotional scene. The moment found Chalamet’s character recording video messages for his father to watch during his space voyage. In a hilarious twist, this footage of Chalamet was essentially cut from the film because Nolan directed the scene in which the video tapes play by slowly zooming in on McConaughey’s reaction to watching them. The shot is one of the most beloved in “Interstellar.” 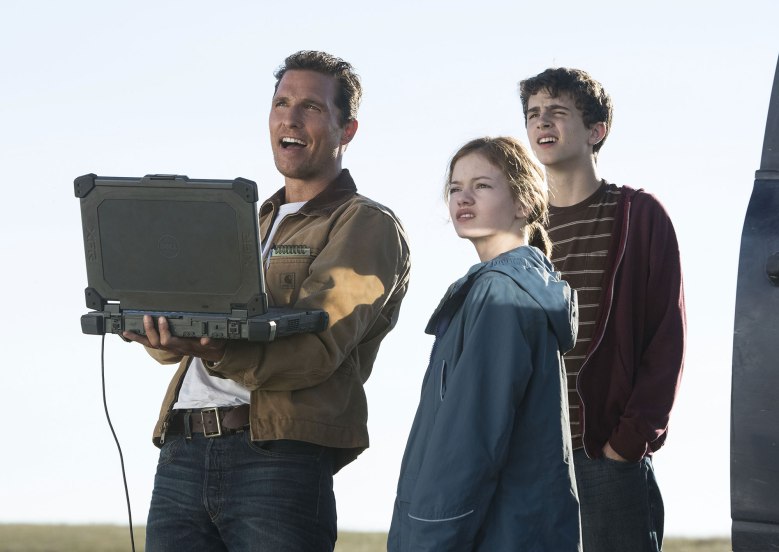 Of course, Chalamet has no hard feelings against Nolan for cutting down his role. The young actor praised the McConaughey close-up scene as one of the film’s standout sequences, although he admitted to being disappointed as a young actor with getting cut, which only makes sense. “Interstellar” remains one of Chalamet’s biggest studio films, and he told stone he missed out on a ton of big Hollywood movies in the years that followed, including a “Spider-Man” film and Tim Burton’s  “Miss Peregrine’s Home for Peculiar Children.”

Fortunately, Chalamet didn’t need Hollywood to become a breakout star. The actor found mainstream success through word-of-mouth indie blockbusters like “Call Me By Your Name”  and “Lady Bird.”

“That’s what helps me not be cynical and inspired about the landscape we’re in now,” Chalamet told Stone. “If studios controlled things more before, now people want a mirror in the things they see. They want to see things shot in a way where they don’t feel the sheen of Hollywood is there, or so I think. And they want to see stories that feel real.”