Fans of NBC’s time-travel show Timeless have been campaigning to secure a third season, and their latest stunt has seen them transform New York’s Times Square.

It was announced back in July that Timeless won’t be getting a third season, with a two-hour wrap-up movie airing on December 20.

But, affectionately known as ‘ClockBlockers’, the show’s fanbase have continued to spread word of the series by taking over two high-profile billboards in Times Square. Visitors to the area saw the campaign appear multiple times per hour on the massive HD screens. 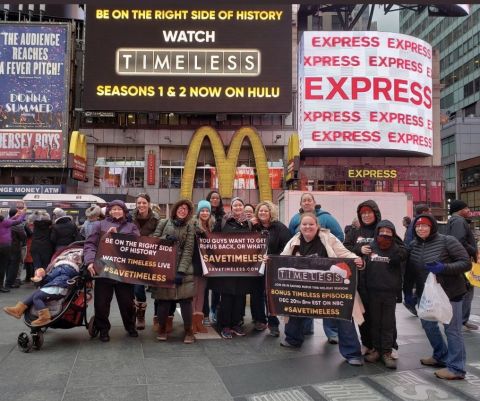 The campaign was deliberately chosen to run on Wednesday, November 28 to coincide with the lighting of the Christmas tree at Rockefeller Center, just a few blocks away.

Alyson Lamble, a fan who helped with the project, explained: “We were already well into planning the billboards and considering dates when NBC announced the December 20 airdate for the bonus episodes.

“As soon as we were able to confirm availability for the billboard locations on the 28th, it just felt right. Times Square is, of course, a major tourist destination any time of year, but even more so over the holidays… It was an opportunity we simply couldn’t pass up.” 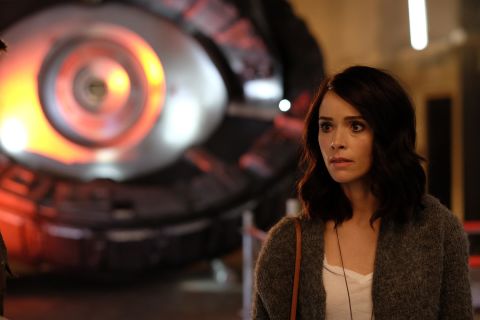 Barrett posted a video on his Twitter account, writing: “I don’t know what life experience’ll surpass seeing a fan-bought billboard of MY show in my HOMETOWN in TIMES SQUARE but whatever it is I ain’t ready.”