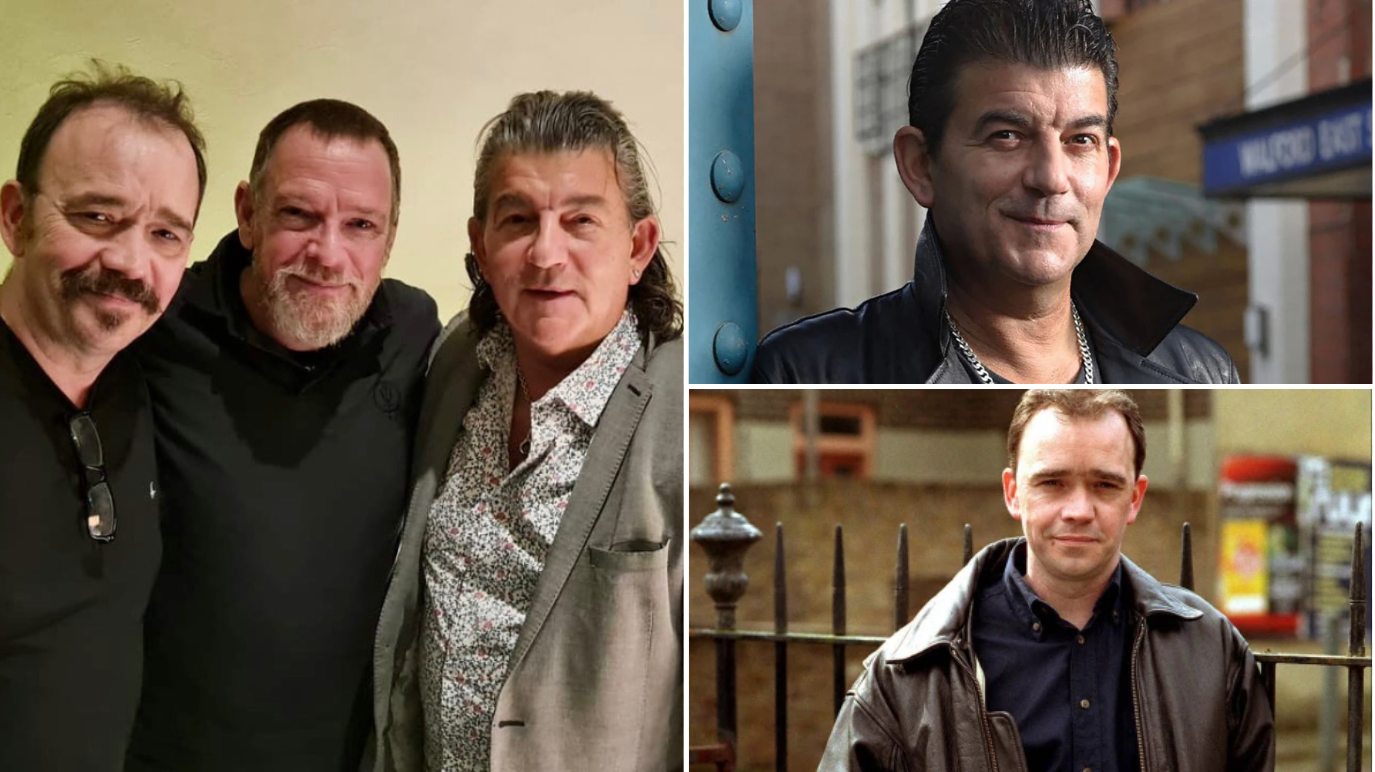 It’s not everyday you bump into one of your old EastEnders co-stars by chance…but what about two of them?!

That was the case for Ian Beale star Adam Woodyatt, who was in Ireland for the My Fair Lady production, in which he plays Alfred P Doolittle alongside Lesley Garrett and John Middleton, and it was in Ireland where he bumped into Todd Carty and John Altman!

Theatre productions were the theme of this meet-up, as it turns out Todd and John are starring in a murder mystery play called The Mousetrap, by Agatha Christie.

Posting the reunion picture on his Instagram, Adam wrote alongside: ‘Small world!! Great to catch up with these two Leg Ends in Dublin’.

Son to Pauline and Arthur, Mark was part of a hugely powerful storyline in the 90s that saw him diagnosed with HIV.

Portraying the role from 1985, John’s time on the show came to an end in 2015, when Nick died after overdosing on the drugs supplied by his mum.