THIS Morning viewers' hearts melted this morning as an adorable sausage dog showed off a talent – for balancing things on his head.

Harlso the Dachshund, who is an internet sensation thanks to his skill, was set a series of challenges by Eamonn Holmes and Ruth Langsford. 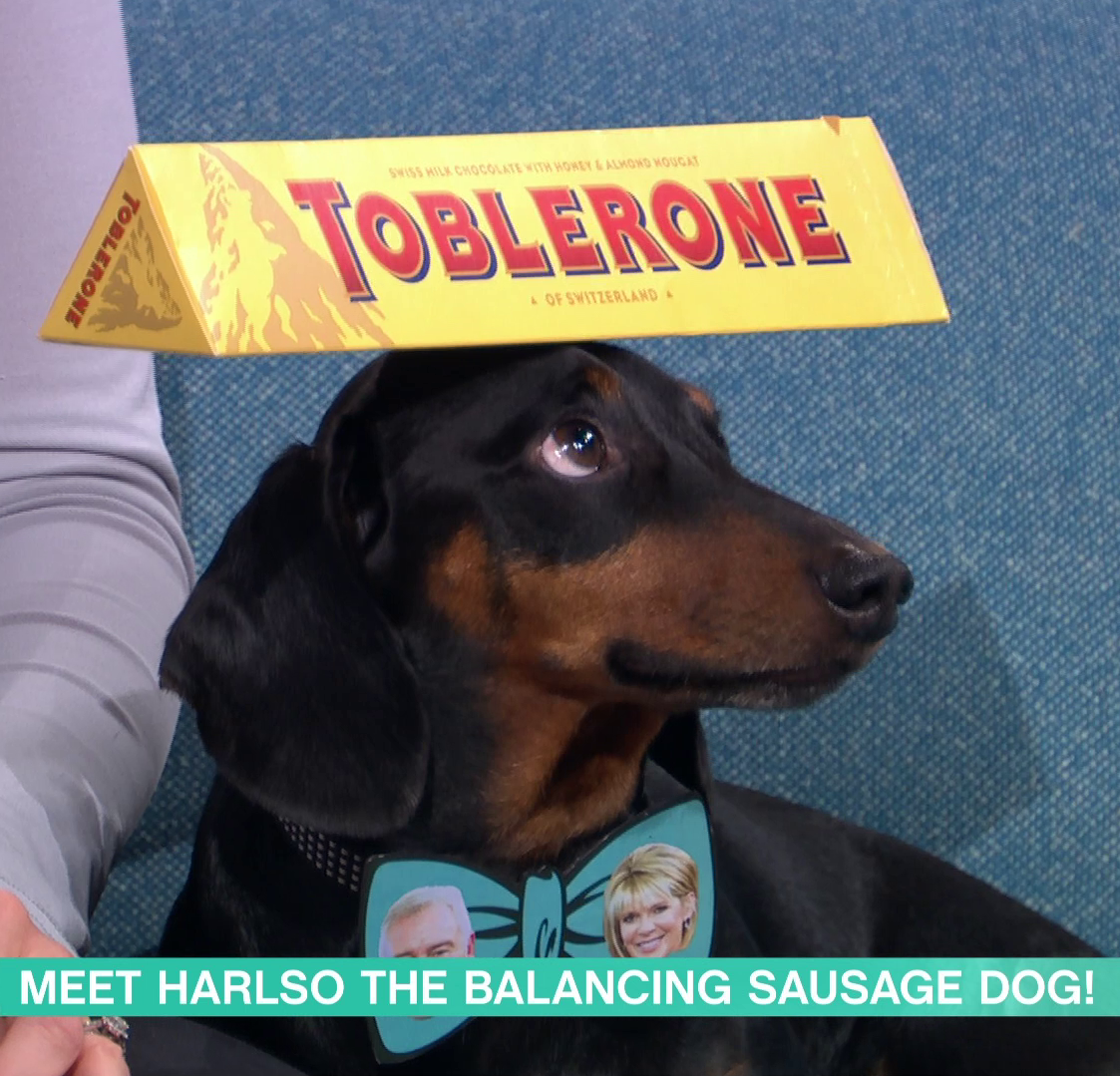 Sporting a bow-tie with the hosts' faces on, he was joined on the sofa by owners Paul and Jennifer from Belfast.

Harlso, who has a staggering 95,000 Instagram followers, started off with a small pumpkin, leaving Eamonn gasping: "That is amazing."

Eamonn, 59, admitted: "I don't even think I could balance that." 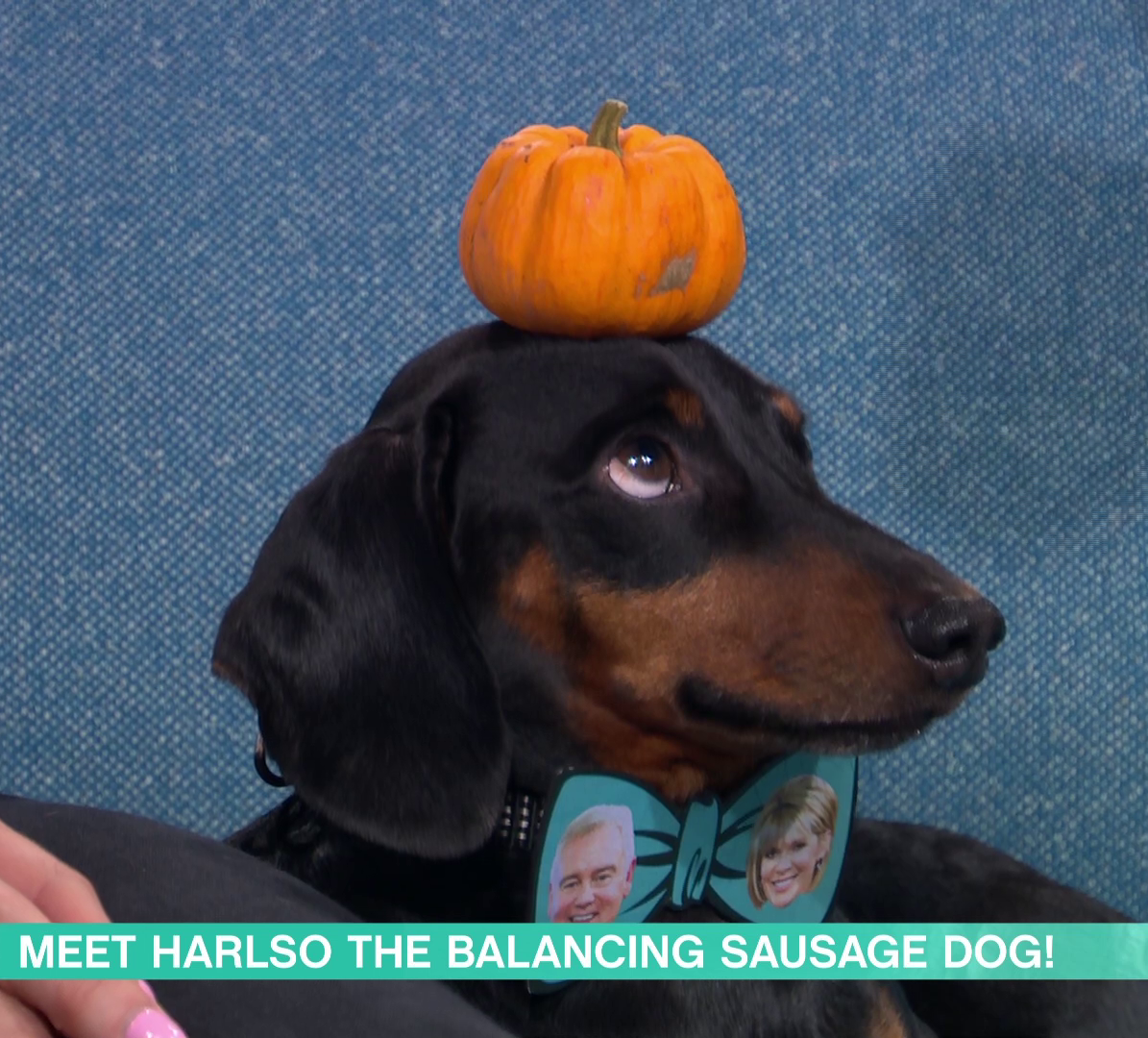 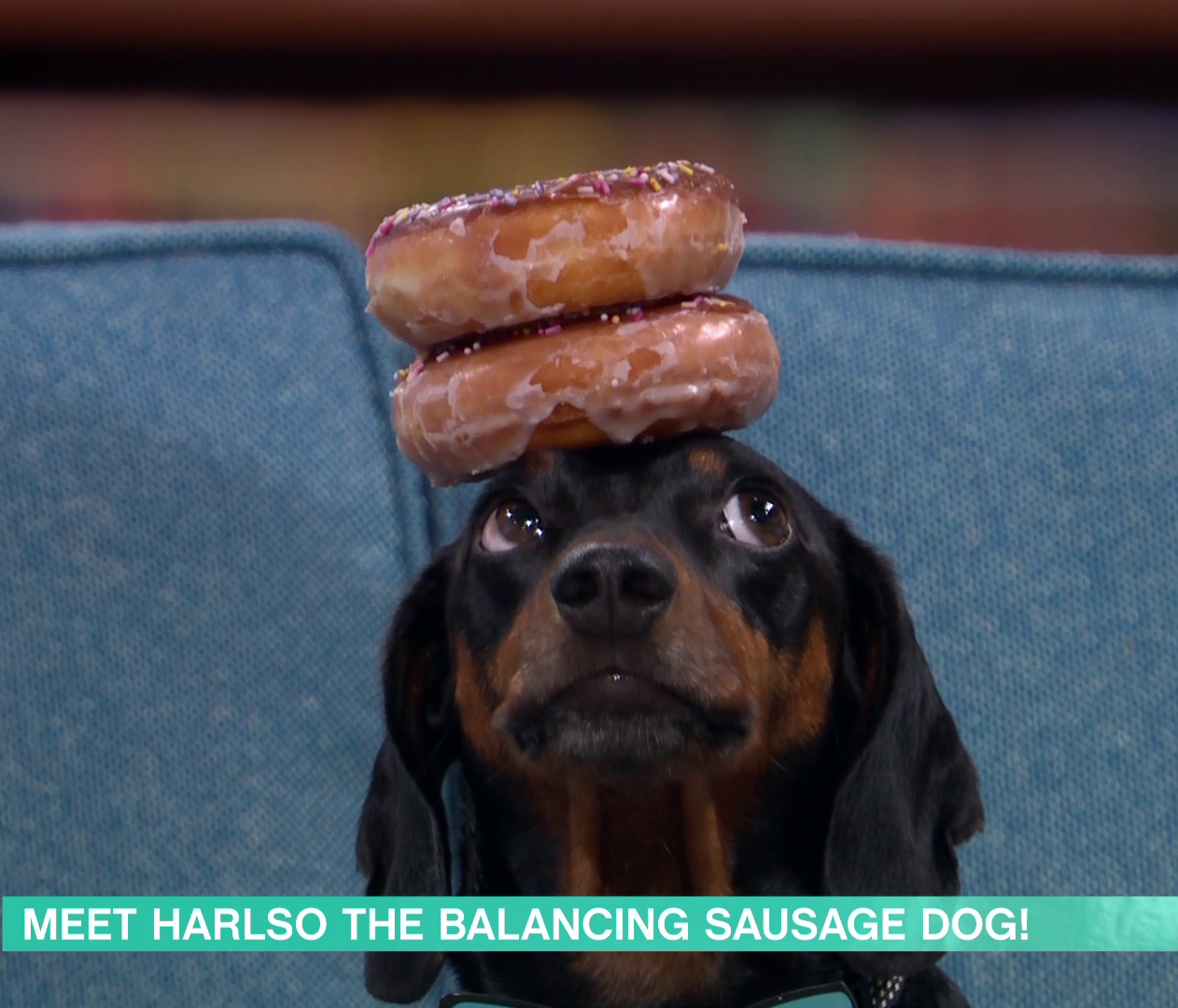 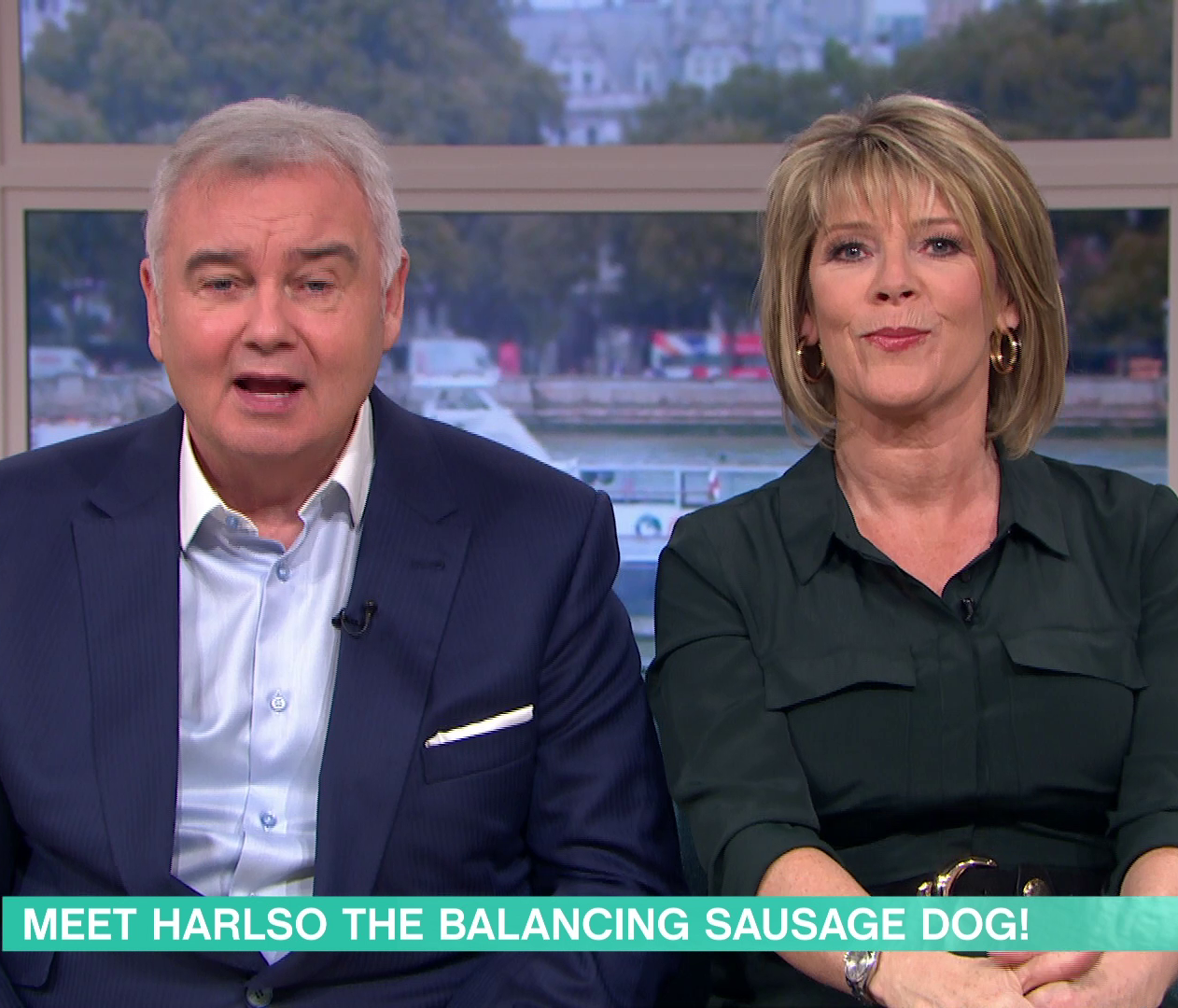 Harlso later managed to balance two doughnuts, looking up hopefully towards the sugary snacks – before being rewarded with a dog treat.

Pre-empting viewers who suggested the stunt was mean, Ruth insisted: "We asked our vet because we thought people might say it was cruel."

The 59-year-old added: "He said there's nothing wrong with this. In fact, it could be seen as good behaviour training."

Sausage dog Harlso even played a part in his owners getting engaged, they revealed. 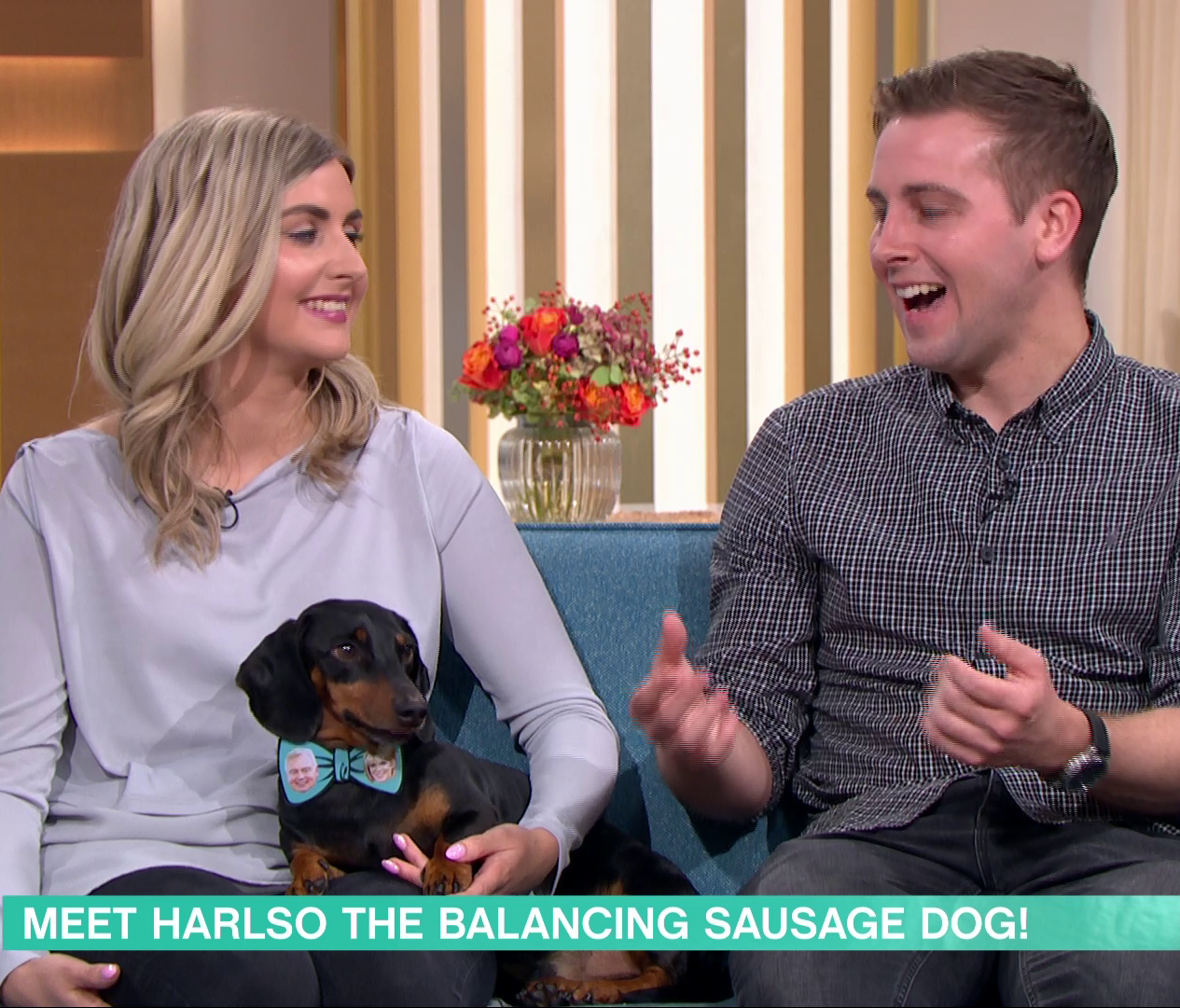 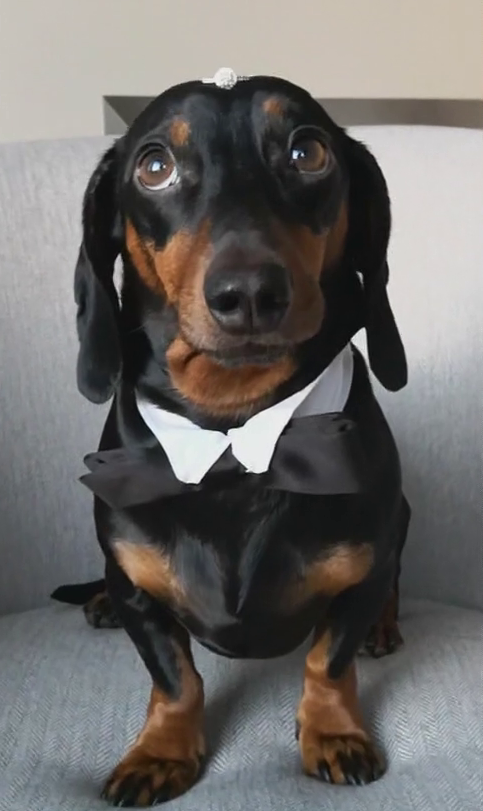 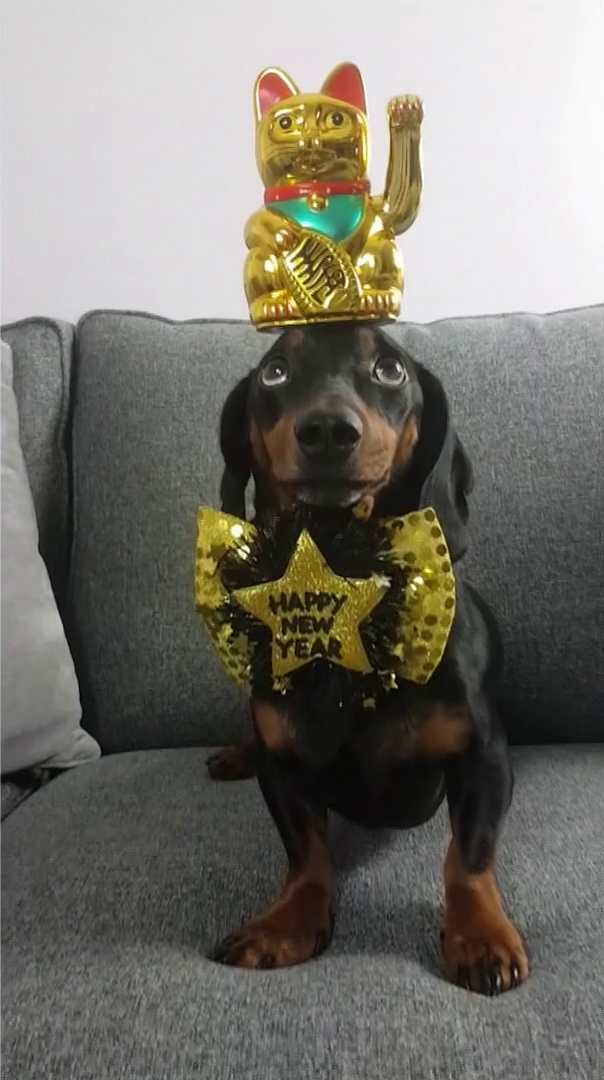 Jennifer explained how Paul proposed in the US – with Harlso appearing from back home.

She said: "He took me to New York. We were in Times Square and he pulled out his phone and had a video of Harley balancing the ring.

"When I realised, how could I say no?"