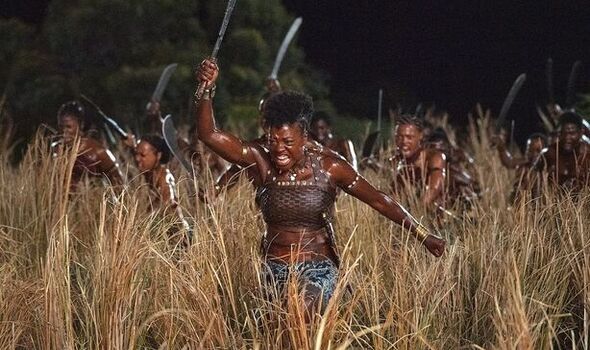 Director Gina Prince-Bythewood’s early favourite certainly ticks some of the boxes for an award movie.

It is loosely based on “actual events”, examines the roots of African slavery, celebrates female ­empowerment and features a towering performance from Oscar-winner Viola Davis.

But it is a lot more than that. With its slickly orchestrated violence, epic battle scenes and achingly cool heroes, this rousing crowd-pleaser is also this year’s most thrilling action movie.

The film takes us to west Africa in 1823 when the kingdom of Dahomey (now Benin) is toiling under the yoke of the Oyo Empire.

As Nawi refuses to be sold to a husband, she will join the Agojie – Ghezo’s elite unit of all-women warriors.

Like the Oyo, the kingdom of Dahomey has prospered from selling their war captives to white slavers, but the noble Nanisca wants Ghezo to trade in palm oil instead of fellow Africans.

But, first, she will have to mastermind an against-the-odds victory against the Oyo who have superior numbers and more advanced weapons.

The battle scenes, which eschew soulless CGI for slick fight choreography, are far more spectacular than anything we have seen in a Marvel movie. But the film’s writers and directors do not let the action swamp the human drama.

This tense, provocative, and unusually soulful epic could be the most entertaining Best Picture winner we have had in decades.

The Woman King is in cinemas now (certificate 15).