The War Of The Worlds saw H.G. Wells’ classic tale of aliens invading Earth retold once more as the BBC’s adaptation of his story came to life. Featuring numerous life-threatening species taking over a small village in Surrey, the mini series looked as though it would be a thrilling watch. However, it seems fans found it rather difficult to get into the first episode.

Instead of the three-part series kicking off with life-threatening drama, the start of the first episode, set in 1905, saw Amy (played by Eleanor Tomlinson) and George (Rafe Spall) mixed up in a more political scandal in Woking.

George, a journalist, has left his unhappy marriage to his cousin, which has proven so scandalous at work that the newspaper’s owner will no longer give him bylines.

Meanwhile, Amy is a frustrated researcher, whose life is interrupted by the arrival of a large meteorite which she and George, who are living together despite being unmarried, are forced to flee from.

However, viewers are unamused when the meteorite combusting people with invisible heat rays along with the Martians taking over Surrey don’t seem to distract George from his own more mundane dramas. 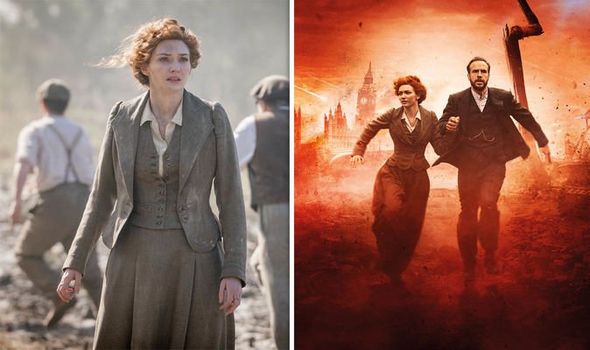 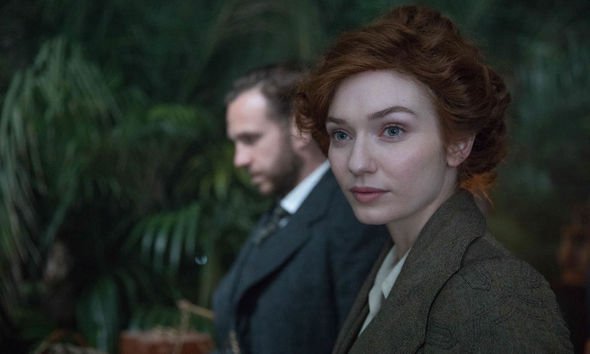 As extraterrestrial super-intelligence began to dominate the village, George exclaimed: “I went to see my wife yesterday, to ask her to sign the divorce papers.”

Frustrated by the divorce plot dominating the series, one fan tweeted: “I can’t be a*d with all this political and social commentary. I want to see people f**d up with a heat ray #WaroftheWorlds”

Moreover, other fans were unhappy with how drastically the drama had swayed from the classic book.

Another tweeted: “Okay, wait. I was so excited about this but apparently the makers of #WarOfTheWorlds on the BBC never actually read the HG Wells book.” 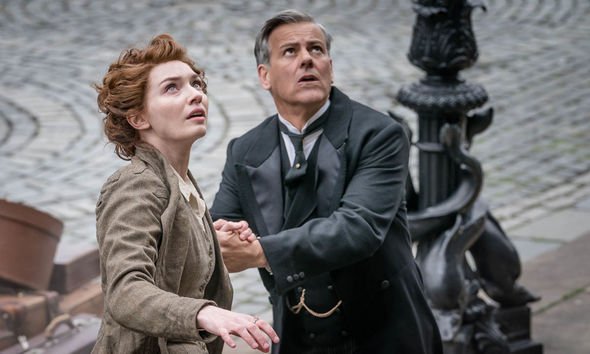 “I dont get why @BBC thinks they can write better than H.G.Wells. Just give us the original #WarOfTheWorlds without daft side plots,” added a third.

However, there were some fans who enjoyed the debut episode, with the adaptation being set in the original time frame of the books.

One fan tweeted: “Loved this adaptation, real menace, and great to see it in its original setting and timeframe #waroftheworlds.”

Another fan enjoyed the Victorian social drama that took place amid the invasion, adding: “The BBC’s new War of the Worlds series was awesome. Looks like they’re taking some very interesting secondary story pathways. Absolutely loved the first episode. Can’t wait for next Sunday!”

Doctor Who writer penning BBC adaptation of The War Of The Worlds
UFOs could be ‘War of the Worlds’ threat to Earth claims Navy pilot
WAR OF THE WORLDS? Planes seen ‘attacking UFOs in bizarre DOGFIGHT’

A third defended the show, writing: “Everything takes a battering on Twitter but I enjoyed #waroftheworlds also loved Amy’s culotte suit and waistcoat.”

Meanwhile, BBC’s adaptation writer Peter Harness spoke out about building the characters for his adaptation.

The writer told Huffington Post: “The book is more like a piece of reportage similar to a piece of journalism.

“The original text touches on the mental state of the characters but it doesn’t really go very deep into them.

“So the challenge was to build the architecture of a character drama underneath the larger set pieces and big moments within the story but to make it about the characters.”

In the new TV series, Amy, “may be mankind’s last hope” even though she’s not in the book.

While George, who is also the narrator, embarks on an affair with her, a storyline which the writer created to mirror Wells’ relationship with his second wife.

War of the Worlds continues on BBC One next Sunday at 9pm.