Hoping against hope to win a spot in The Voice’s Season 22 Finals, the Top 8 on Monday not only did what they always do — sing like their lives depended on it — they promoted I Wanna Dance With Somebody teamed up to perform duets of Whitney Houston hits. Whose soared, and whose bored? Read on, and we’ll discuss the bejesus out of it! 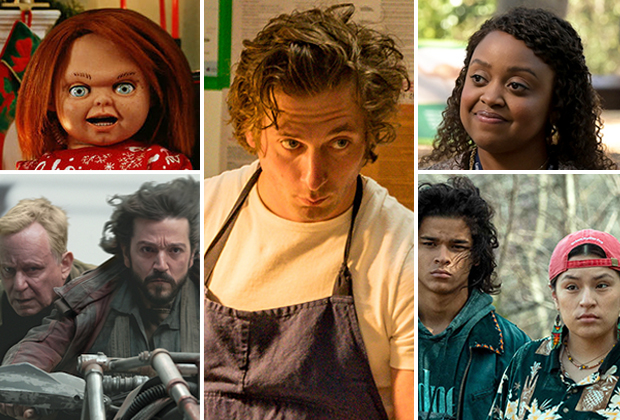 Justin Aaron (Team Gwen), “Stand Up” — Grade: B | After being encouraged by his coach to crank the theatricality up to 11 on his Cynthia Erivo cover, the one-chair turn gesticulated a lot more than usual on stage — had that been what Gwen meant? — but seemed, at least initially, to be in less than typically strong voice. Maybe Justin’s pipes just didn’t sound so big and booming when backed by a full choir? At any rate, by the time he was done, he’d brought the fire to which we’ve become accustomed.

Bryce Leatherwood (Team Blake) and Morgan Myles (Team Camila), “Saving All My Love for You” — Grades: C+ (Bryce), A (Morgan) | From the get-go, it seemed like a fun idea to redo Whitney’s classic ballad as a country song; it sounded terrific. Bryce’s vocal was laid-back and pleasant, and he really sold it singing directly to Morgan. (Charisma on overdrive.) But boy, putting his voice next to hers, the difference was stark. He’s fine, perfectly enjoyable. Morgan, on the other hand… she’s a freakin’ star. If this had been a Battle, she’d have won it hands down. The range on her — damn! 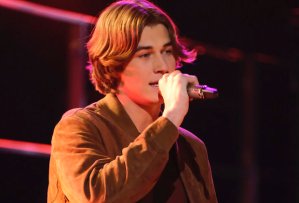 Brayden Lape (Team Blake), “In Case You Didn’t Know” — Grade: D+ | In rehearsal, Blake warned the 16-year-old that he’d have to bring “the full Brayden” to the stage. And maybe he did just that. Trouble was — well, one trouble was — his Brett Young cover was so snoozy that I forgot I was supposed to be reviewing him for a second and almost checked my texts. Worse, despite the warmth of Brayden’s voice, he was so pitchy here that I doubt this performance would’ve gotten him a chair turn in the Blinds. Yes, Blake, Brayden nailed his long note at the end; unfortunately, there were a whole lotta other notes that he didn’t nail.

Parijita Bastola (Team Legend), “Unstoppable” — Grade: A- | Sia’s mammoth hit sounded in rehearsal like it was the perfect choice for the 17-year-old. But when she stepped into the spotlight, her performance felt a little flat. Perhaps it was a mix issue — like her vocal needed to be turned up, the band down? Parijita certainly did well, her cover just didn’t explode the way that I expected it to — and the way that I feared it needed to for her to survive the cuts that were coming in Tuesday’s Results Show. 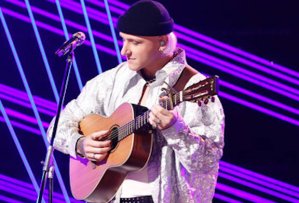 bodie (Team Blake) and Brayden Lape (Team Blake), “I Wanna Dance With Somebody” — Grades: A- (bodie), B (Brayden) | On a stripped-down, slowed-way-down rendition of Whitney’s smasheroo, Brayden sounded better than he had on his solo number. But throughout the number, it was really bodie that you noticed. His voice just cut through the music so much more clearly, and his casual inventiveness was impossible to miss. It felt like he was making up runs as he went long — and they worked.

Kim Cruse (Team Legend), “Summertime” — Grade: A+ | Wow. Just… wow. Kim showed up on that stage and squeezed the potential out of every last second of the Porgy and Bess classic, making 1,000-percent sure we knew her range, her power and her ability to completely inhabit a song. Magnificent and masterful — perfection. Or, as John put it, “divine.” (And for once, the praise wasn’t just contractually required hyperbole.) 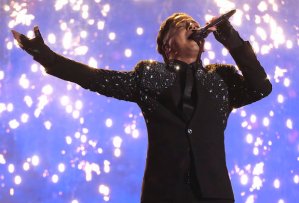 Omar Jose Cardona (Team Legend), “My Heart Will Go On” — Grade: B+ | When it was announced that Omar would be covering Celine Dion, I hoped he’d chosen “It’s All Coming Back to Me Now.” Alas, no, it was the Titanic weeper instead. For me, the performance didn’t really come alive till he started to Omar it up and swing for the big notes that Blake suggested had sent toupees flying off of old men’s heads; the big notes are, after all, where Omar really excels. The rest just came off kinda… limp and awkward. I think Omar is a singer that I could be totally excited about; his song selections, though, occasionally leave something to be desired.

bodie (Team Blake), “Without Me” — Grade: C | I’m as big a bodie booster as anyone, I figure, but Halsey’s hit didn’t really allow him to show his talent off in the best possible way. I kept waiting, but until the very end, it didn’t really go anywhere — at least not anywhere that I wanted it to. (His midsong big note was so off, it couldn’t have gotten back “on” if it had used a ladder.) Likely the most disappointing bodie performance we’ve heard all season. I doubt it will lessen his chances of making the Finals, but still… not the triumph that you want in the Semi-Finals. 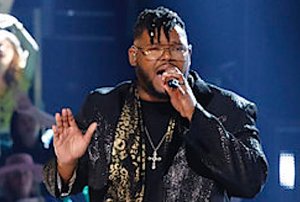 Justin Aaron (Team Gwen) and Omar Jose Cardona (Team Legend), “The Greatest Love of All” — Grades: B+ (Justin), B (Omar) | Wait, so nobody was going to do Whitney’s “I Will Always Love You”? Talk about a missed opportunity (especially with belters like these on!). But I digress. This duet started out pretty good for both Justin and Omar, then devolved into yelly karaoke anytime they sang together. Definitely a case where the parts were greater than the sum.

Bryce Leatherwood (Team Blake), “If Heaven Wasn’t So Far Away” — Grade: B- | For the Semi-Finals, Bryce tackled what he considered to be his most emotional number so far. And maybe it was the feelings coursing through him, but he sounded slightly pitchy throughout a lot of the song. (To me, anyway — John said Bryce was pitch-perfect, and what am I gonna do, argue with an EGOT winner?) In the final analysis, this was fairly… nice. Bryce did land his final long note and gave the impression that we were listening to a storyteller who really cared about the story he was telling. 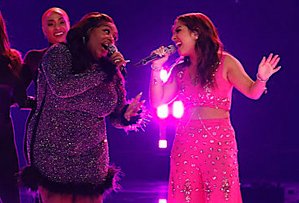 Kim Cruse (Team Legend) and Parijita Bastola (Team Legend), “I’m Every Woman” — Grades: A (Kim), A- (Parijita) | The Voice really wasn’t doing “I Will Always Love You” — floored. Anyway, on their Whitney duet, Kim proved (as if there had been any doubt!) that no matter how loud the band got, her voice could rise above, and Parijita showed us that she could have some fun on stage. (Also, her opening note made me think she could do a killer Donna Summer cover.) Singing together, Kim and Parijita kinda blended into a wall of sound. But separately, they were exclamation points.

Morgan Myles (Team Camila), “Always Remember Us This Way” — Grade: A+ | Dedicating her Lady Gaga cover to the cousin and grandfather that were taken from her family by cancer, Morgan delivered the kind of amazing performance that — and yeah, I’m gonna sound like the coaches for a second — you’d hear on the Oscars. She has better control of her incredibly powerful voice than I do of the TV remote. There were freaking emotional fireworks springing from her throat. And bless ‘er heart, though she choked up on the last line, she did manage to get it out. Tonight was all about her and Kim Cruse for me.

Who really stood out to you Monday? Vote in the poll below, then hit the comments with your predictions for the Finals.