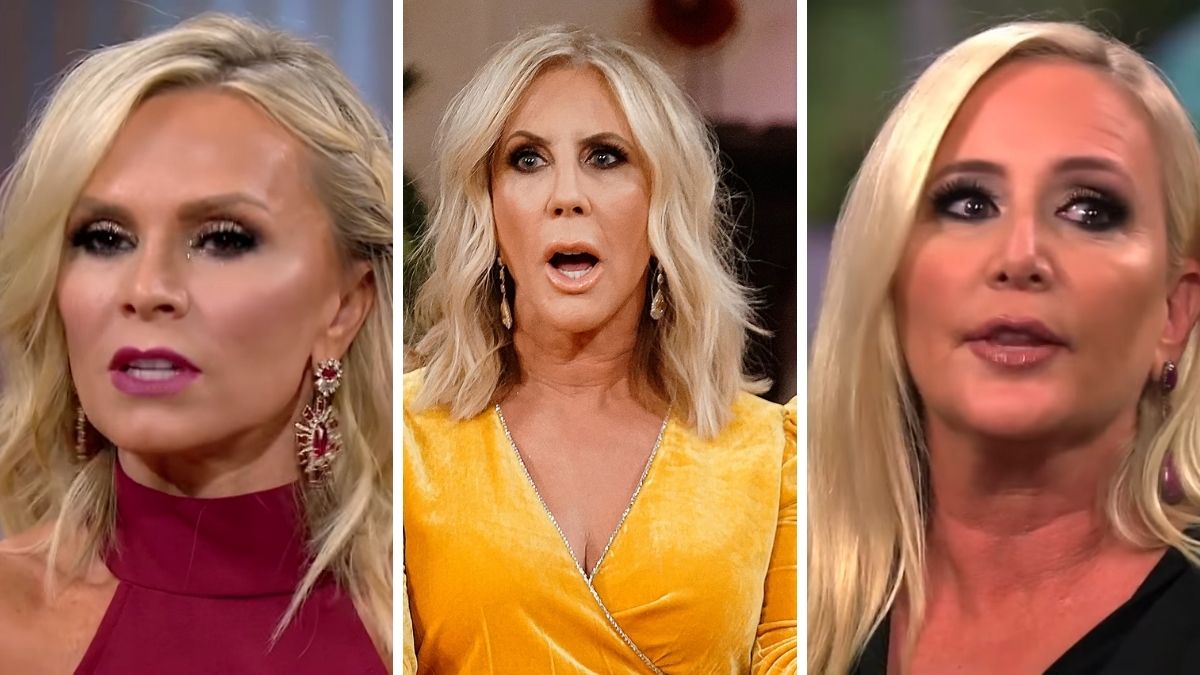 The Orange County franchise has been getting quite a bit of criticism for the past few seasons.

But viewers must have forgotten all the drama and mayhem that has gone on with the Orange County ladies over the years.

At this point, all of the OGs have officially left the show, including Vicki Gunvalson, who has long called herself the OG of the OC.

But even with so many beloved (and not so beloved) cast members either leaving or getting fired from the show, we will never forget the crazy moments that have happened since Season 1.

There have been many fights, cheating accusations, and even claims of fraud among the Real Housewives of Orange County cast members and those who came on the show with them.

In fact, there were so many crazy moments on this Bravo show that we had to shorten the list or we’d be here talking about RHOC drama all day.

Let’s put some respect on the Orange County housewives and throwback to five of their craziest moments. 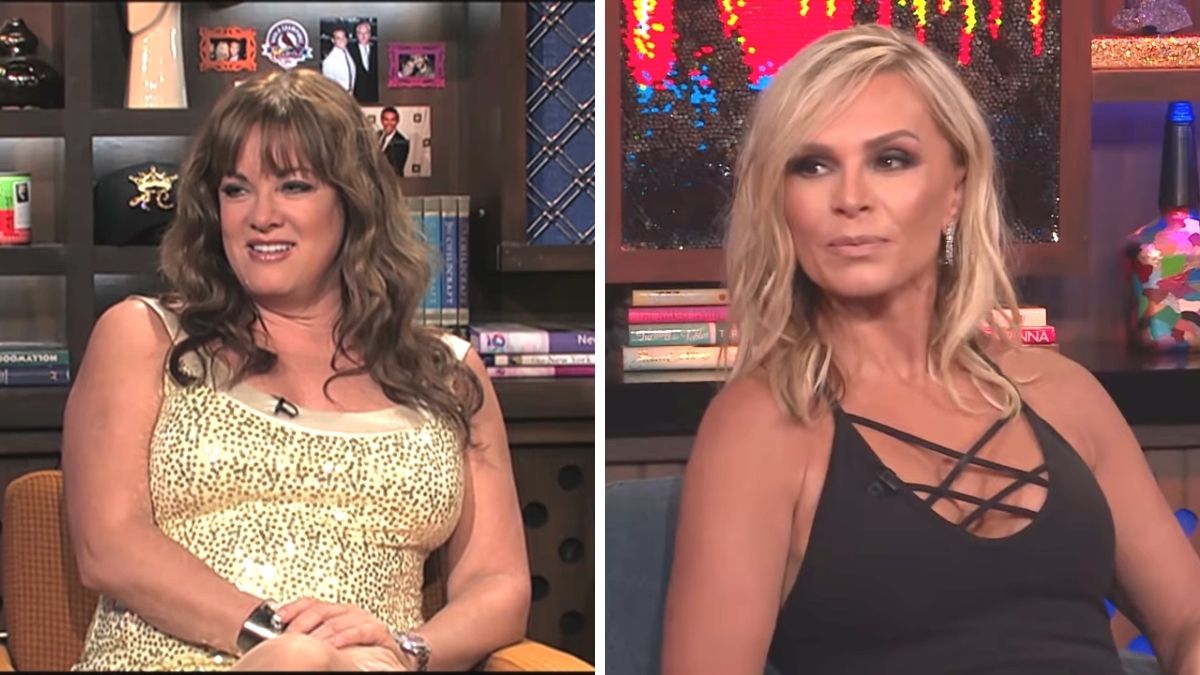 It’s only right to start off this list by throwing it back to the early days of Orange County with a classic move by OG Tamra Judge in Season 6.

At the time, Tamra was in the midst of her split from first husband Simon Barney, and the two were throwing allegations back and forth against each other.

Former housewife Jeana Keough was actually friends with Simon and she spoke about the estranged couple during an interview – telling the tabloids that she did not believe Tamra’s side of events.

Once the blonde beauty caught wind of Jeana’s comments, she was livid. And things came to a head during a soiree at Vicki Gunvalson’s home when Jeana and Tamra came face to face.

The confrontation resulted in Tamra angrily giving Jeanna a cease and desist, then throwing a glass of red wine in her face as party guests stood by in shock and horror.

Jeanna tried to retaliate by tossing her own wine at Tamra, who had already stormed off, but the drink landed on another woman instead. She, in turn, shoved Jeanna and party goers jumped in to put an end to all the drama.

Interestingly, Jeanna wasn’t even an official RHOC cast member anymore when she got caught up in the midst of all this mayhem. While joining the show during the first season, the former playboy playmate made her exit in Season 5, but remained close with Vicki  Gunvalson and other members of the cast.

Before leaving RHOC, Jeanna had a few dramatic moments, but this is probably the most memorable one of them all.

2. Lynne Curtin gets evicted on camera 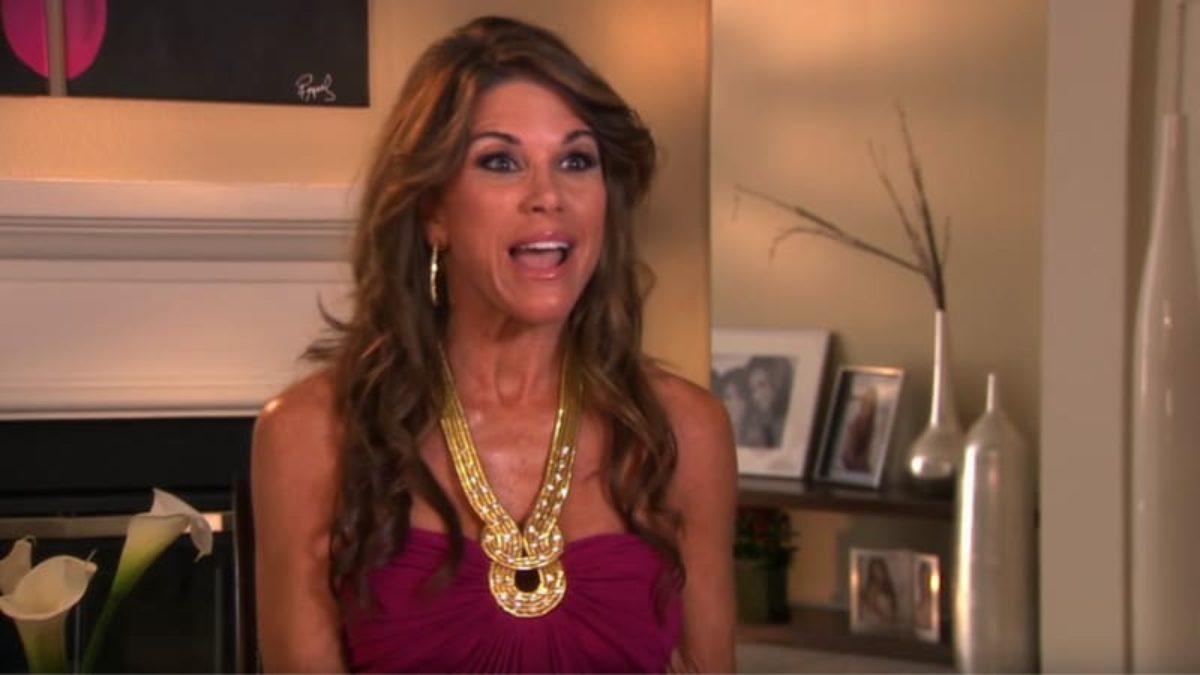 Lynne was not the most controversial housewife to join the OC cast and she didn’t last very long either. However, she does get props for giving us this memorable moment by taking the cake as the first and only housewife to get evicted from her home on camera.

She joined the show in Season 4 with her then-husband Frank and their two teenage daughters.

Lynne and Frank got a lot of criticism for their parenting skills as their out-of-control kids continued to be disrespectful while being rewarded with expensive gifts.

As the show went on, Frank’s business took a hit with the declining economy. And as their finances dwindled, fans were outraged as Lynne pretended to be clueless about her husband’s money woes and continued to live beyond her means.

Not only did the 63-year-old spend money on a facelift for herself, but she also paid for a nose job for one of her daughters.

By the end of Season 5, the family was deep in debt and during one episode we even saw them being served with an eviction notice on  camera.

Not only was it embarrassing, but it’s one moment we won’t soon forget. 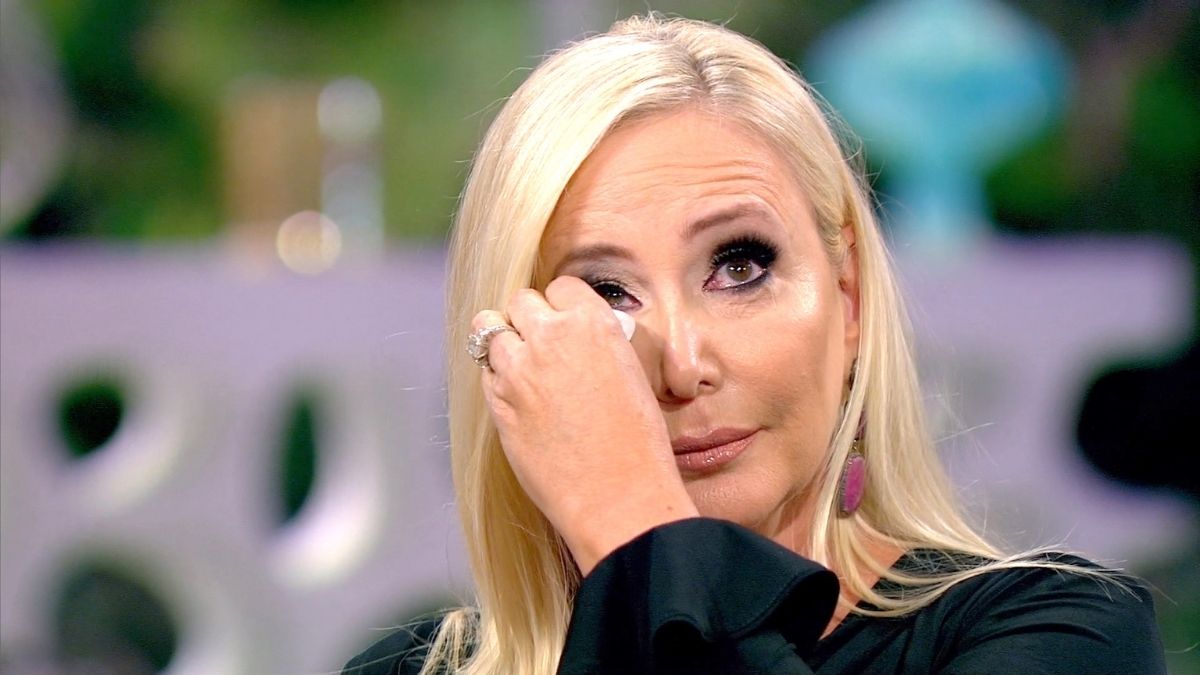 Shannon and David Beador weren’t exactly in the running for couple of the year and they had a somewhat turbulent marriage.

However, what we didn’t expect was for Shannon to reveal that her husband had been in an eight-month affair with another woman.

The couple decided to go public with the news on The Real Housewives of Orange County and many of Shannon’s castmates were shocked by the revelation.

The scandal came after the couple had renewed their vows on camera during the previous season of the show, and even more surprising was Shannon’s decision to stay with her cheating husband.

We saw David and Shannon try to work through their issues at several counselling sessions and things seem to be going well. But soon the couple had split for good after 17 years and marriage, with reports running rampant that David had gone back to his mistress.

After a very contentious divorce both have moved on to new relationships, but the affair scandal will go down as a memorable OC moment for sure.

4. Tamra accuses Gretchen of cheating on her dying fiancé 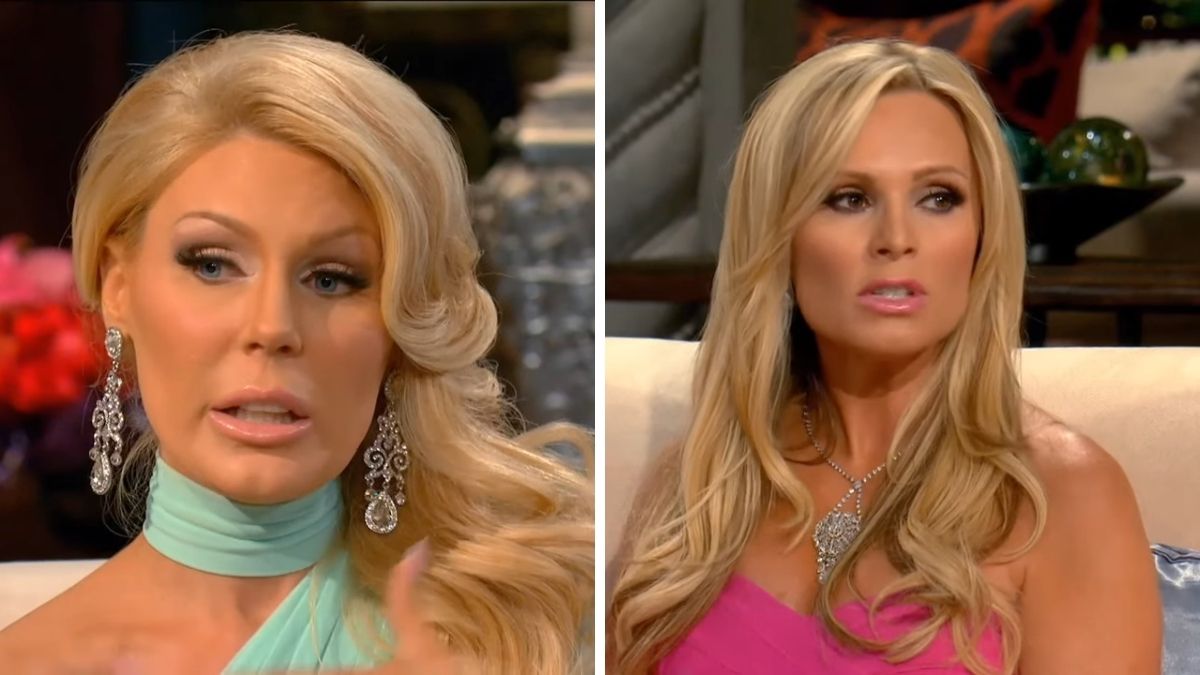 Tamra Judge and Gretchen Rossi have butted heads since the moment they met and their feud came to a head during the Season 8 reunion.

At the time, Gretchen was engaged to wealthy businessman Jeff Beitzel who was 24 years her senior and suffering from leukemia.

The RHOC women were convinced that Gretchen was only with Jeff for his money and no one was more sure of that than Tamra. And at the reunion, she came armed with proof that Gretchen was cheating on Jeff while he laid dying in the hospital.

Jay Photoglou reached out to Tamra claiming that he and Gretchen were dating. Furthermore, he even shared photos of them kissing, which, of course, Tamra produced at the reunion.

The images were hard to deny but that’s exactly what Gretchen did and it infuriated the OG even more, leading to a screaming match between the two blondes.

Jeff later died and allegedly left Rossi $2.5 million in his will.

As for the man who was caught kissing Gretchen in the photos, he published the images and the RHOC alum later sued him in court and was awarded over $500,000. 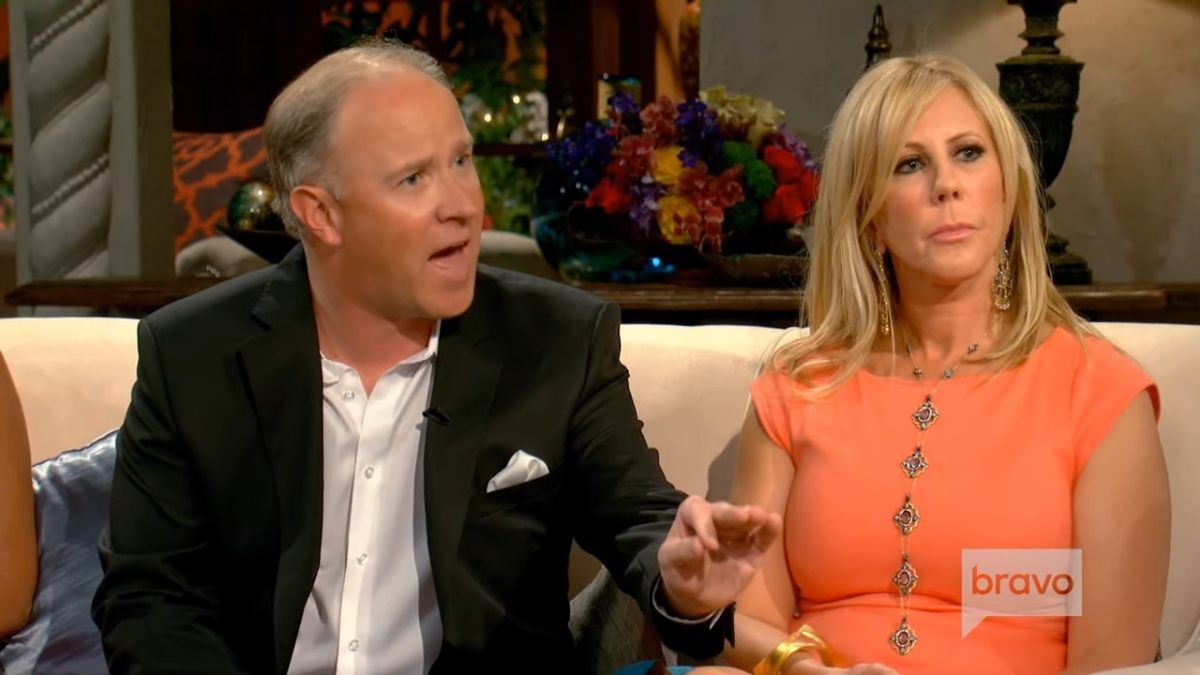 It’s the cancer story that rocked the OC and to this day we still don’t know the whole truth.

It all started when Vicki Gunvalson introduced her boyfriend Brooks Ayers to the group, and let’s just say he did not receive a warm welcome.

With most of the housewives and even Vicki’s own daughter having issues with the relationship, the pair had a rocky start.

After a while, Vicki grew tired of the attacks on her relationship so she dropped a bomb on her friends.

The 58-year-old revealed that Brooks was suffering from cancer – stage 3 non-Hodgkin lymphoma to be exact.

As the concerned OC housewives tried to support the couple, their suspicions grew when Brook’s story about his diagnosis and treatment were inconsistent.

At the time, newbie housewife Megan King-Edmonds saw many red flags and decided to do her own investigation into Brook’s alleged cancer battle.

What she found out was shocking!

Meghan shared with the group that the documents Vicki’s boyfriend showed them to prove he wasn’t lying were fake. Not only did the cast turn on Brooks – he stuck to his story – but the women also accused Vicki of being in on the lie.

Vicki insisted that Brooks was indeed battling the deadly illness, despite the many holes in his story.

The couple eventually broke up in 2015 and Vicki admitted that Brooks may have been faking cancer, but that she had no part in the façade.

Brooks later went on to do an interview with E! as he tried to convince the world that he did not make up the cancer story.

The interview backfired after E! did their own investigation and found out that the documents Brooks showed them were indeed fake.

Ahhh it’s so good to look back on these controversial moments and revel in a bit of nostalgia with our favorite RHOC ladies.

Did any of your favorite moments make it on the list?