Last year, The Society was officially renewed for a second season on Netflix. Though it is unclear when production on the new season will begin, the series’ creator spoke about what to expect from the teen mystery drama series. 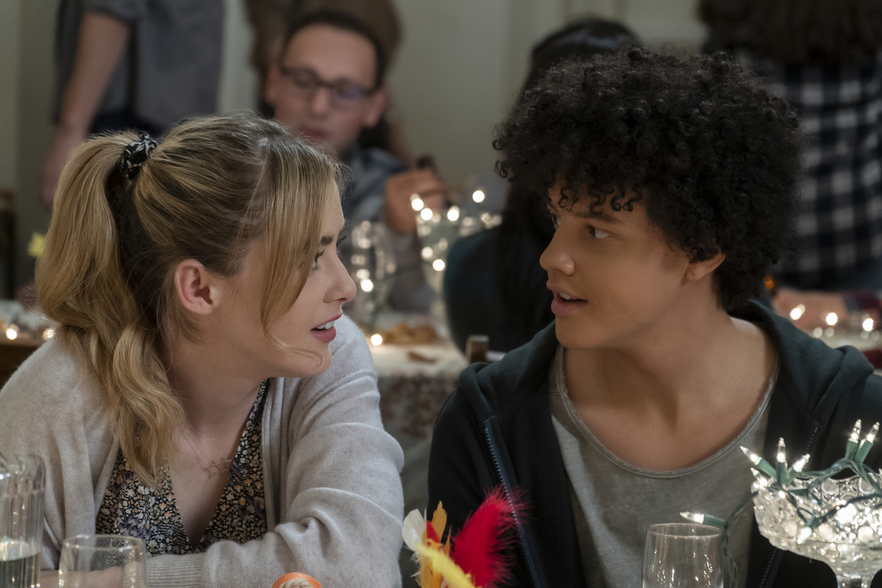 What happened at the end of ‘The Society’ season 2?

The Society follows a group of teenagers who are mysteriously transported to a facsimile of their wealthy New England town, left without any trace of their parents. As they struggle to figure out what has happened to them and how to get home, they must establish order and form alliances if they want to survive. The series is a modern take on Lord of the Flies.

The end of The Society‘s first season ended with a huge cliffhanger at the end of the season finale. Throughout most of the season, Allie Pressman (Newton) and her allies, primarily Will LeClair (Colimon) have been in control of the makeshift government. She loses the support of The Guard (essentially town’s law enforcement) and the psychopathic Campbell Eliot (Wallace), influences Lexie (Grace Victoria Cox) and Harry (Fitzalan) to take control of everything and arrest Allie and Will. Influenced by Campbell, Lexie and Harry lie and say that Allie tried to steal the election for mayor.

At the end of the episode, the search team who went to look for new land to use for crops returned. Many of them, allied with Allie, are confused at what is going on. Amidst their confusion, they did find land for them to use, which means they can begin making their own food.

Before the show was officially renewed for a second season, showrunner and creator Chris Keyser spoke to The Hollywood Reporter about what to expect from season 2.

On the fact that the show didn’t really delve into the mystery of how the kids ended up in the parallel universe, Keyser said that they had to lay the foundation in the first season and this was a goal to explore in the second season. “Our philosophy was also that this is not Riverdale. It’s not like these kids are home and have a lot of time to investigate a given mystery,” he said in part. “We planned that mystery as if this were going to be a long-running series, so the question of ‘Can they get home?’ will run throughout the entire show.”

Keyser also talked about the coup consisting of Lexie, Harry, and The Guard, which seized power at the end of the finale, with Campbell pulling the strings behind the scenes. “I think it raises a whole bunch of different questions,” he explained. “One thing is that it’s not just Lexie, it’s the triumvirate of Lexie, Harry and Campbell, and the fact that those three don’t want all the same things, I think that’s going to be pretty interesting. The idea of power-sharing among three people, none of whom trust anybody. And I think there’s an interesting — and pretty timely — question about what happens if you give people who are entirely unfit for office the chance to run, and they make it! So we have a good sense of what the arc of season two will be.”

The first season of The Society is streaming now on Netflix.