“I’m told I was a violent child,” Douglas Armstrong, better known as “Arm,” says in the opening voiceover of “The Shadow of Violence.” Played by Cosmo Jarvis, he’s a visibly haunted former boxer with a tragic backstory that’s led him to a new life of crime. “Don’t go thinking all violence is the way of hateful men. Sometimes it’s just the way a fellow makes sense of this world,” he says. But inside Arm there’s an ooey-gooey center of sweetness that is slowly unraveled over the course of this lean, mean, and brutal Irish crime fable from director Nick Rowland, a first-time feature filmmaker making his elegant debut after a career in TV and short films.

Despite the claustrophobic entrapment in a violent and hyper-masculine world, “The Shadow of Violence” is an ultimately moving morality tale announcing a confident new voice in international cinema. Not to mention a powerful vehicle for its two leads, Jarvis and Barry Keoghan.

“The Shadow of Violence” was previously titled “Calm with Horses,” in reference to Arm’s equine-whispering abilities, which also point to his sensitive soul. That original title is far better than the unsubtle and literal new designation, but it certainly captures the movie’s theme, chiefly concerned with perpetual cycles of violence and their trickling effects on the next of kin.

Barely on speaking terms with his little son Jack (Kiljan Moroney) and ex-girlfriend Ursula (Niamh Algar), Arm is pulled by Dympna (Keoghan) into serving as the muscle for the drug-dealing Devers crime family, who make the Snells on “Ozark” look like the Cleavers. When one icky affiliate of the syndicate is caught trying to molest an underage girl, Dympna deploys the Arm to have him murdered. But plagued by a guilty conscience over having accidentally killed a boxing opponent in his past, hence the end of his fighting career, Arm lets the pedophile go. Once the news climbs higher up the chain that Arm didn’t fulfill his duties, well, we all know this won’t end well.

Yet despite the pat setup, “The Shadow of Violence” almost never goes in the cliche directions audiences might expect. There’s no child kidnapping which, given how the sometimes-adorable bond between Arm and Jack seems to want to taunt viewers, might make for easy suspicion. That’s outside of one exceptional scene where the kid goes berserk at a carnival, and Arm is unable to communicate with his son or comprehend his needs, partly because he can’t understand his own. 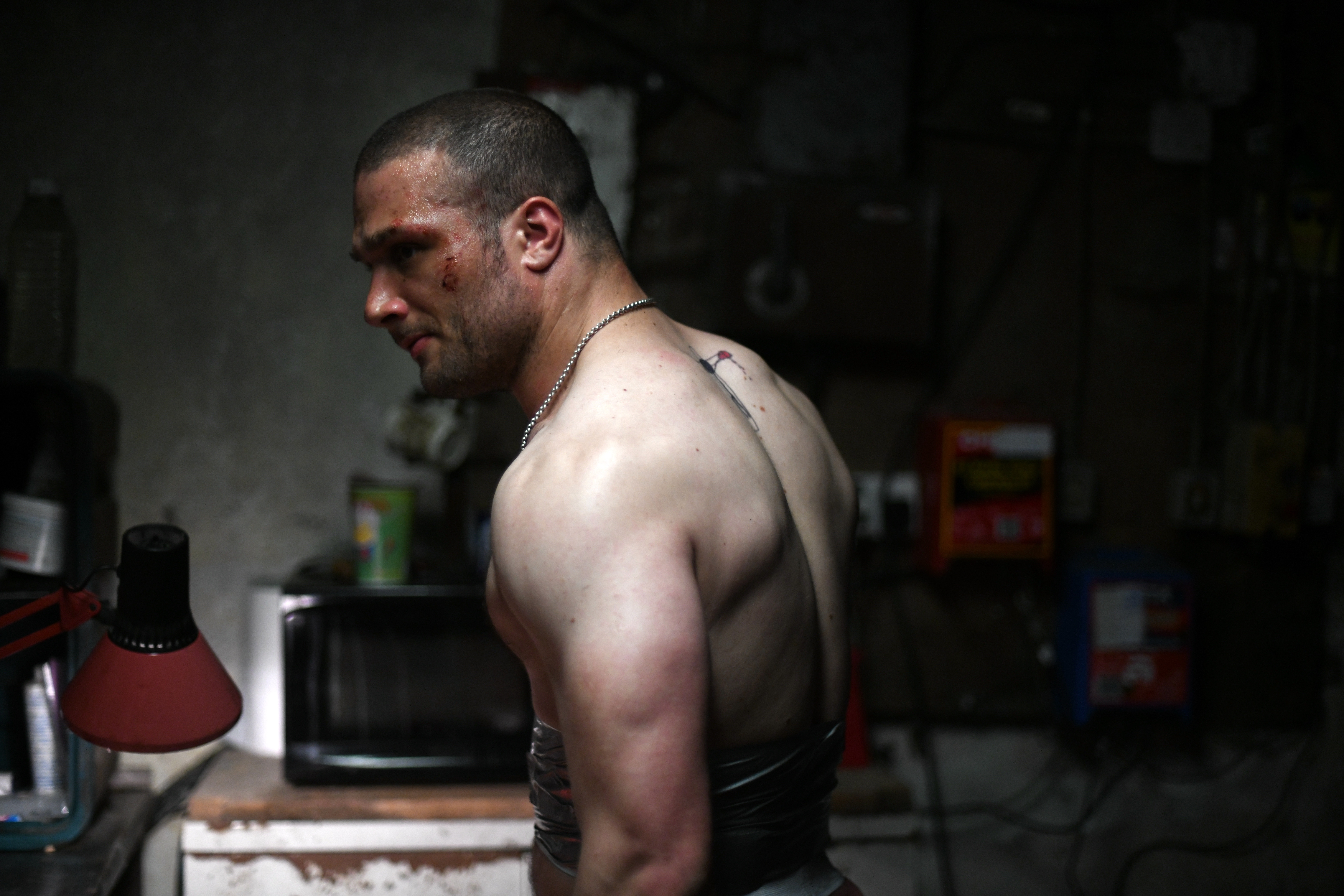 “The Shadow of Violence”

The simplicity of the film’s criminal plot is very much in step with a debut film in that it acts as a blueprint for director Rowland’s likely interests, working from a spare and unfussy script by “American Animals” co-writer Joe Murtagh. “The Shadow of Violence” is packed with menacing, booze-sodden, jagged-toothed locals who are terrifying, and this expansive community suggests that, given a deeper sandbox to play with, Rowland could deftly stretch his vision to fit an even richer world. The women, such as Arm’s bleach-blonde ex Ursula, are mostly disposable, though thankfully not disposed of in ways you’d recognize from other, male-driven crime thrillers.

The real devastating center of the film is the astonishing performance of Cosmo Jarvis, in a role a younger Matthias Schoenaerts could have played. Best known for playing a lusty beefcake farmhand in “Lady Macbeth,” the film that announced Florence Pugh, Jarvis is all scar tissue, brooding silence, and pained eyes. But despite a hulking physical carriage, the performance never feels like an imitation of someone such as Marlon Brando, the original damaged bad boy with a soul. Jarvis hauls his character’s anguish through every scene, and without saying much, and while Arm is mostly a cypher, it’s logical he keeps the audience at arm’s length as he never seems to let anyone in. Except maybe those horses.

Barry Keoghan, meanwhile, is on the other side of the coin as his sociopathic teenager in “The Killing of a Sacred Deer,” here equally evil and terrifying but more outright manic than internally boiling. While his role is mainly relegated to the shadows as conductor of Arm’s violent tasks, Keoghan’s turn as Dympna solidifies the promising young actor’s gifts for playing a sneering, sneaky villain.

While some may want to hit snooze on yet another story about a tortured man and all the weight of the world on his shoulders, director Rowland, aided by cinematographer Piers McGrail’s neon imagery and Benjamin John Power’s pulsing electronic score, brings fresh energy to the genre. But at the heart of it all, “The Shadow of Violence” is a showcase for Cosmo Jarvis who, at this stage in his career, can take any vehicle and run with it.

“The Shadow of Violence” opens in select theaters from Saban Films on Friday, July 31 before premiering digitally on Tuesday, September 1.