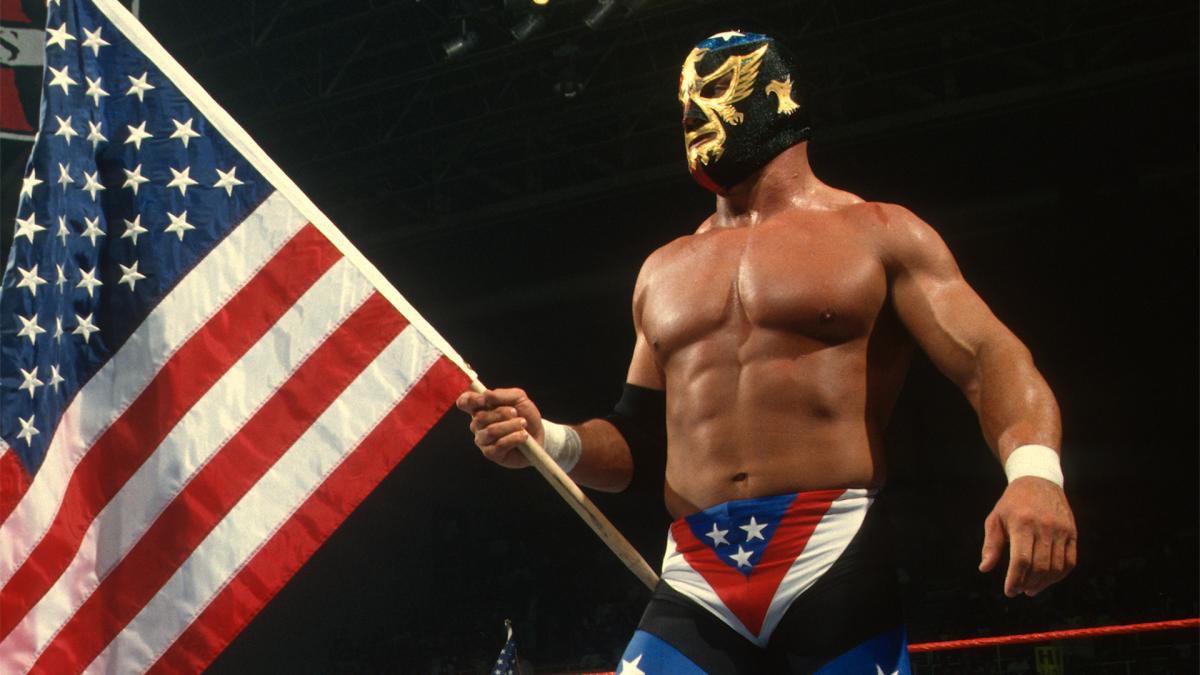 The masked star made his debut for the company in 1997 and had previously appeared in the likes of the American Wrestling Association (AWA), Global Wrestling Federation (GWF), All Japan Pro Wrestling (AJPW) and World Championship Wrestling (WCW),

Revealing the news on Facebook, his friend Allen Wright Adkins wrote on Thursday night: ‘At the request of his family, it’s with a devastated heart that I let you know Heaven gained one of the most special men I’ve ever had the honor to know today.

‘Del Wilkes, I’ve loved you for 40 years and always will. Rest in peace, my dear friend…you’ll be missed more than you could ever know.’

No cause of death has been given yet.

He famously feuded with Canadian star Bret ‘The Hitman’ Hart in WWE, and held both the WCW and AWA Tag Team Titles.