Pam Beesly, played by Jenna Fischer, was arguably the main character of The Office, along with Jim Halpert (John Krasinski). In addition to showcasing all of the quirks that come along with working in an office, perhaps the main plotline of the show focused on Jim and Pam’s relationship. 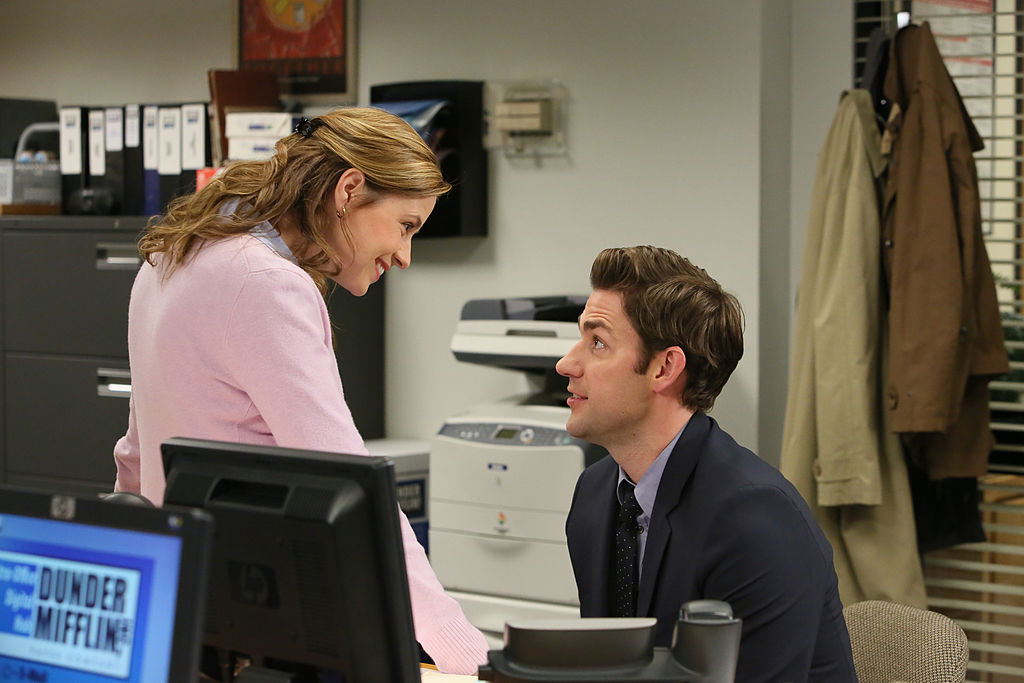 In the Office Ladies podcast, hosts Fischer and Angela Kinsey make it clear that there was a particular emphasis on the characters of Jim and Pam.

Fischer said that she would have lengthy conversations with producers about Pam’s hair and clothing. She decided with the hair and make-up team that Pam’s hair should never look as though more than 30 minutes was spent on it.

Fischer began contemplating Pam’s style and behavior prior to auditioning for the role.

“When I went in for The Office, the casting director said to me, ‘Please look normal,’” Fischer said in a 2008 interview with NPR. “Don’t make yourself all pretty, and dare to bore me with your audition. Those were her words. Dare to bore me.”

During the audition, Fischer did a mock interview as Pam.

“My take on the character of Pam was that she didn’t have any media training, so she didn’t know how to be a good interview. And also, she didn’t care about this interview,” she told NPR. “So, I gave very short one-word answers and I tried very hard not to be funny or clever because I thought that the comedy would come out of just, you know, the real human reactions to the situation… and they liked that take on it.”

When Fischer was cast in the role, she began creating a backstory for Pam. She decided where she went to college, why she wore the jewelry she did, why she did her hair the way she did, and why she was so quiet.

“Well, my character of Pam is really stuck,” she said. “I mean, she’s a subordinate in this office. And so, I think that, for her, the only way she can express herself is in the silences, but you can say so much by not saying anything.”

When Pam Beesly changed in Season 4

We can sense the fear behind Jim's eyes. #TheOffice

RELATED: ‘The Office’: Jenna Fischer Reveals What Pam Says to Michael at the Airport in Season 7

Of course, as fans remember, Pam went through a big change in Season 4.

“I have to approach Pam differently [now],” she said in reference to finally being in a steady relationship with Jim and getting into the Pratt Institute. “She is in a loving relationship, she has found her voice, she has started taking art classes. All of these things must inform the character and we need to see changes in the way she moves, speaks, dresses, etc.”

Read more: ‘The Office’: The Real Reason Toby, Ryan, and Kelly Sat in the Annex