NIRVANA’S iconic Nevermind album cover, which featured a naked baby in a swimming pool, is at the centre of a new controversy after the muse has started legal action. 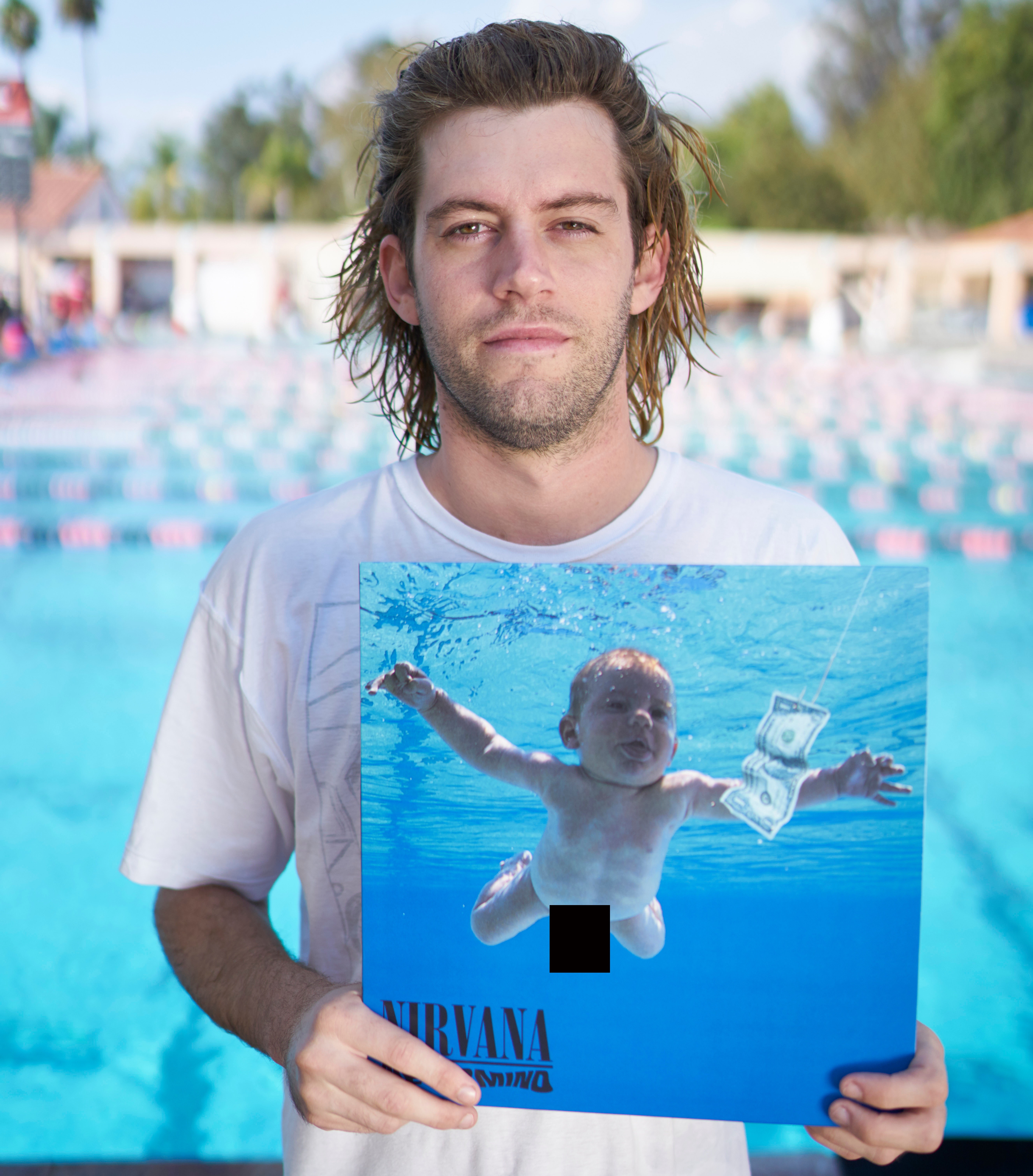 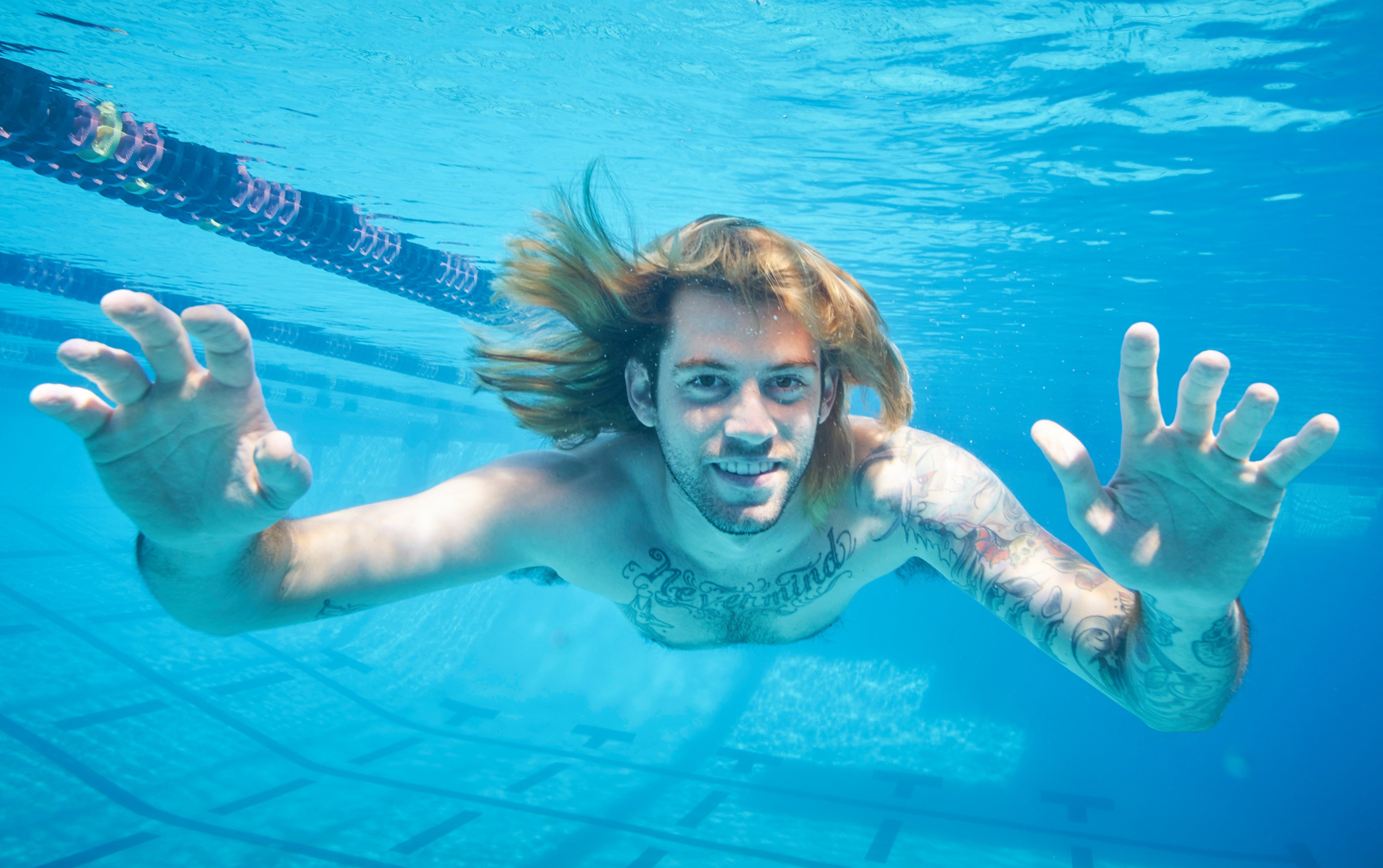 Elden claims he could not consent to the image because he was four months old and appearing nude led to “lifelong damages”.

Nevermind, which sold 30 million copies, isn’t the only album cover to cause a stir and many musicians have been forced to pull records because of it.

The late Ziggy Stardust performer, who died of liver cancer in 2016, came under fire for his 1974 release Diamond Dogs.

The album cover, which was painted by Guy Peellaert, was based on a sketch Bowie made of himself as a half-man half-canine creature.

It also featured interpretations of Johanna Dickens, who had dwarfism, and Alzoria Lewis, who was born without stunted things and additional fingers and toes.

The women appeared at the Cavalcade Variety Show at Coney Island Pleasure Park between 1930 and 1950.

Record producers pulled the cover after fearing a drop in album sales from conservative fans because it featured Bowie with a dog penis.

Before it was released, they decided to airbrush the painting so that there genital-free groin.

Bowie agreed with the decision and later said: “No record store would carry it. I let them do a reprint rather than lose the album completely.” 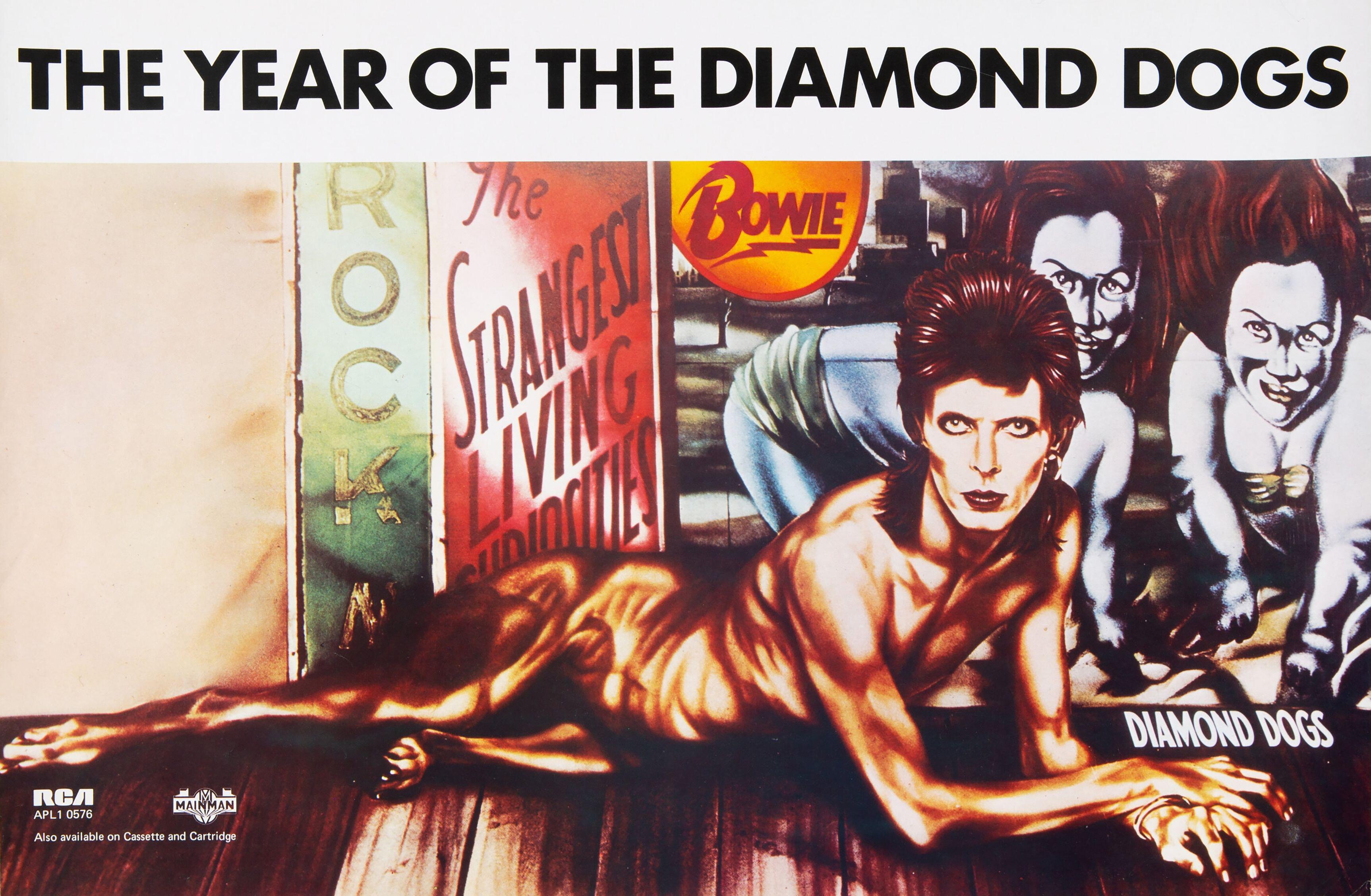 Kanye West, 44, wanted to court controversy with his 2010 album cover for My Beautiful Twisted Fantasy.

The artwork was designed by George Condo who produced “eight or nine paintings” for West to choose from after listening to his music over several hours.

In 2011, Condo told the New Yorker that the singer instructed him to create “something that will be banned” and he selected the ‘controversial’ artwork.

He said: “West chose [the piece with]… a naked black man on a bed, straddled by a naked white female creature with fearsome features, wings, no arms and a long, spotted tail.”

Ahead of the album’s release, West claimed his album had been banned and suggested that Walmart was offended because it featured an oil-painted nipple and buttocks. 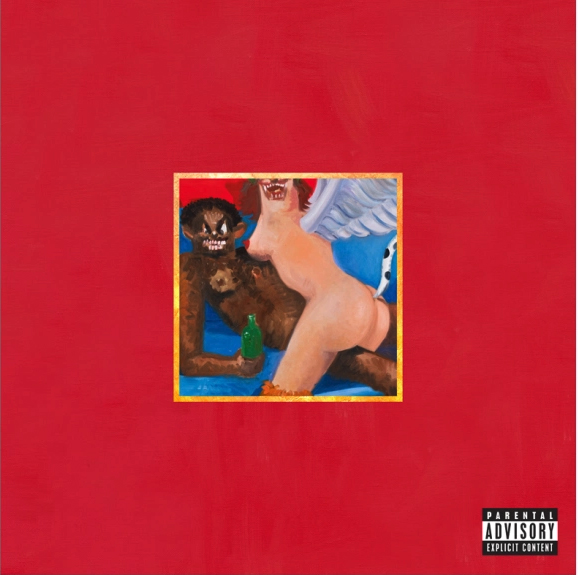 West cited Nirvana’s Nevermind and claimed it was hypocritical to allow “a naked human being” but not “a PAINTING of a monster”.

Walmart refuted the allegation and said: “We did not reject the cover artwork and it was not presented to us.”

Condo’s painting was pixelated in some censored versions and an alternative cover showing a ballerina was produced for retailers who wouldn’t sell the album.

The Fab Four’s 1966 album Yesterday And Today caused such outrage that Capitol Records had to recall 750,000 copies.

The original piece showed The Beatles dressed in white lab coats, holding large chunks of raw pork and decapitated baby dolls that had been burned with cigarettes.

It became known as the ‘Butcher’ cover and featured Paul McCartney smirking with doll torsos on his shoulders, a head in his lap and meat elsewhere.

Photographer Robert Whitaker, then 26, was selected by Liverpool lads because they “liked black humour and sick jokes” – and his longing to get rid of their “squeaky-clean” image. 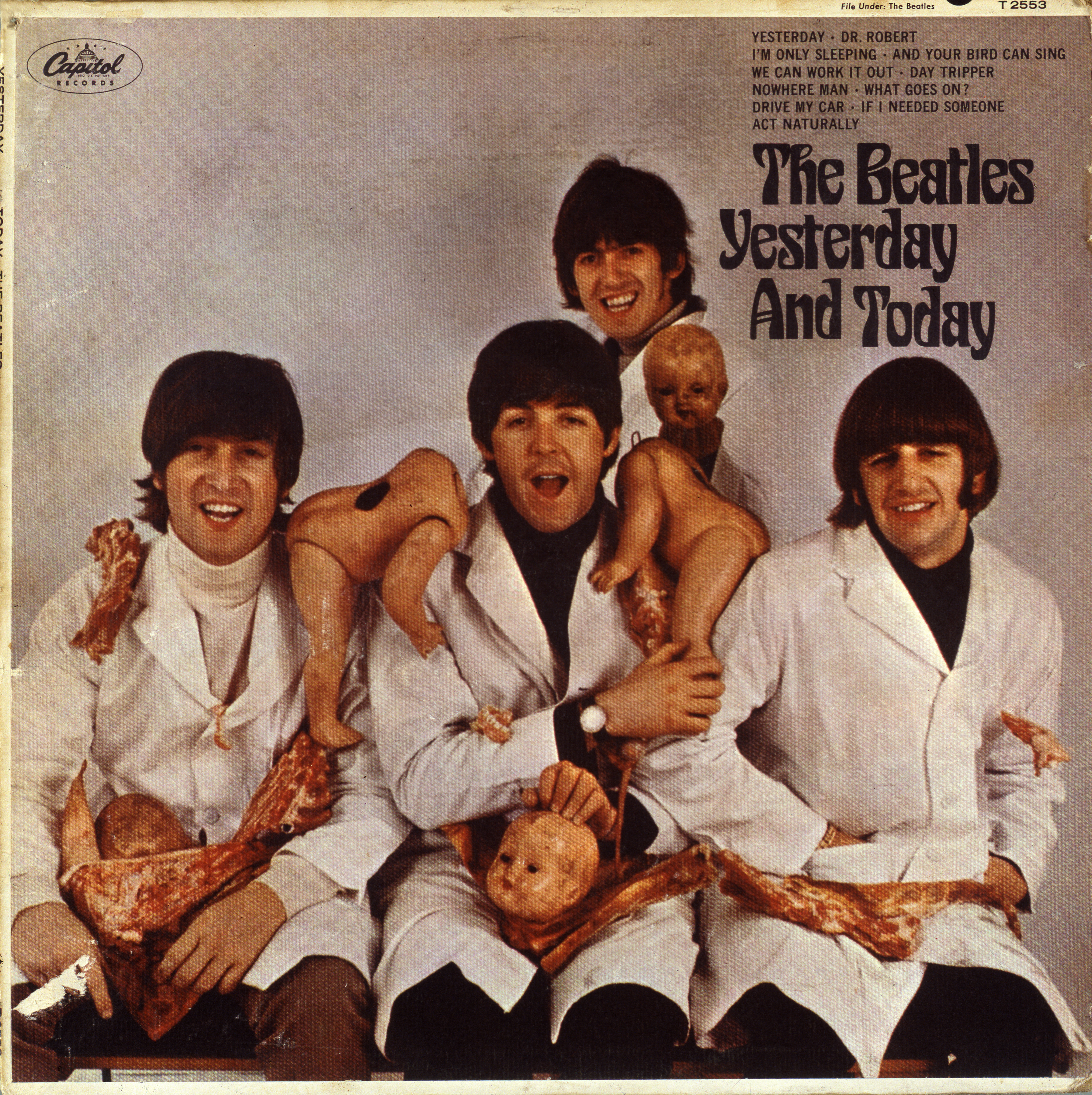 In The Beatles Anthology, McCartney said it “didn’t seem too offensive to us” and claimed they chose it because it “seemed a little more original” than other ideas.

George Harrison thought “it was gross” and “stupid” but blamed the decision on “thinking it was cool or hip” and being “naive”.

The new cover showed three of The Beatles posed around a suitcase and McCartney sat inside it.

English supergroup Blind Faith – which consisted of Eric Clapton, Steve Winwood, Ginger Baker and Ric Grech – were considered one of the most exciting bands of the time.

However, in 1969, their eponymous album was heavily criticised because it featured an 11-year-old girl who was showing her nipples and holding a toy plane. 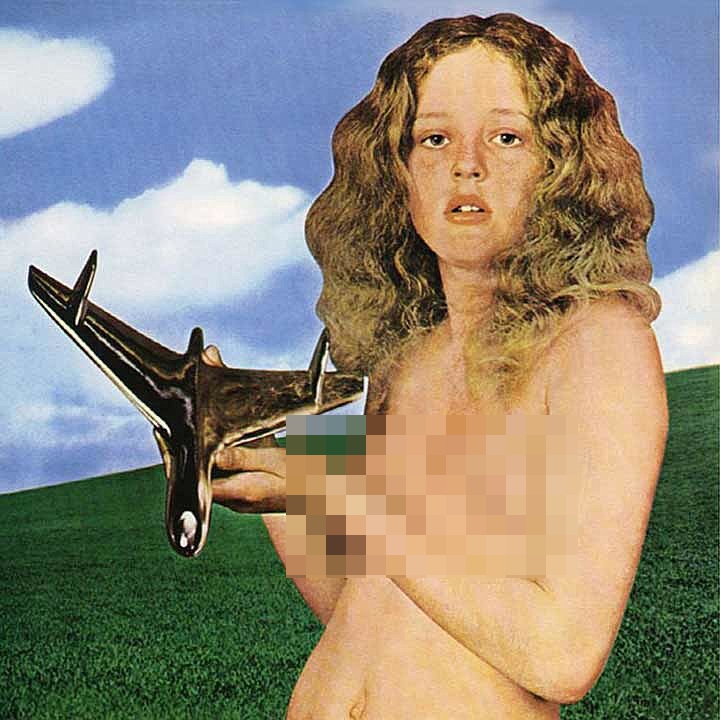 The photograph was taken by Bob Seidemann who wanted to “symbolise the achievement of human creativity” alongside the “innocence” of mankind.

For this, he wanted to show “a young girl, as young as Shakespeare’s Juliet” who was at “the beginning of transition from girl to woman”.

The age of young model Mariora Goschen wasn’t the only controversy, some claimed the plane in her hand looked phallic.

In 2007, Goschen told the Sunday Times she was coerced into posing for the shoot after her sister told her, “They’ll give you a young horse, do it!” – instead they paid her £40.

Atco Records produced a different cover for the album, which was based on the band’s performance in Hyde Park, in London.

Seattle grunge band Tad ran into trouble after they didn’t seek permission from a couple pictured on their 1991 album 8-Way Santa.

The cover art showed a topless man grabbing the breast of a woman in a bikini as they both beamed at the camera. 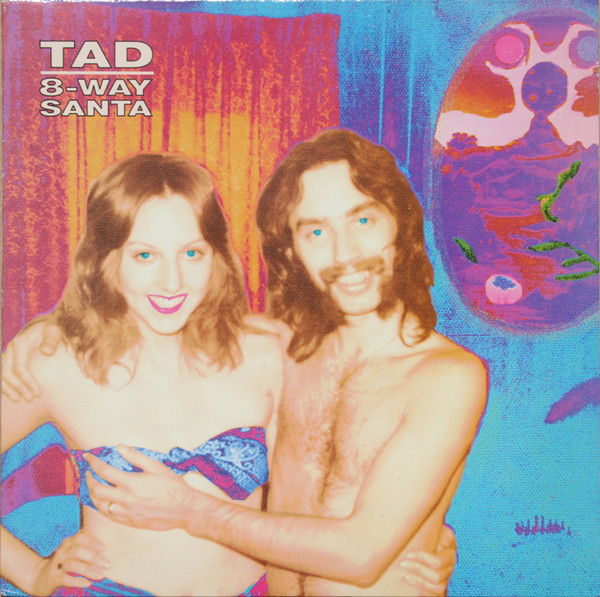 Rolling Stone claimed the photo was found in a photo album from a charity shop and after the couple found out – one of whom had become a born-again Christian – they sued the band.

Tad was forced to replace the album cover and chose a less controversial shot of them standing in front of a herd of cows.

Only 20 people survived the crash after the plane ran out of fuel and plummeted from the skies into a wooded area in Gillsburg, Mississippi.

The album’s title, Street Survivors, was considered insensitive as was the cover photo, which showed the band with flames in front and behind them.

Later, Lynyrd Skynyrd changed the image to one of the band with a black background. 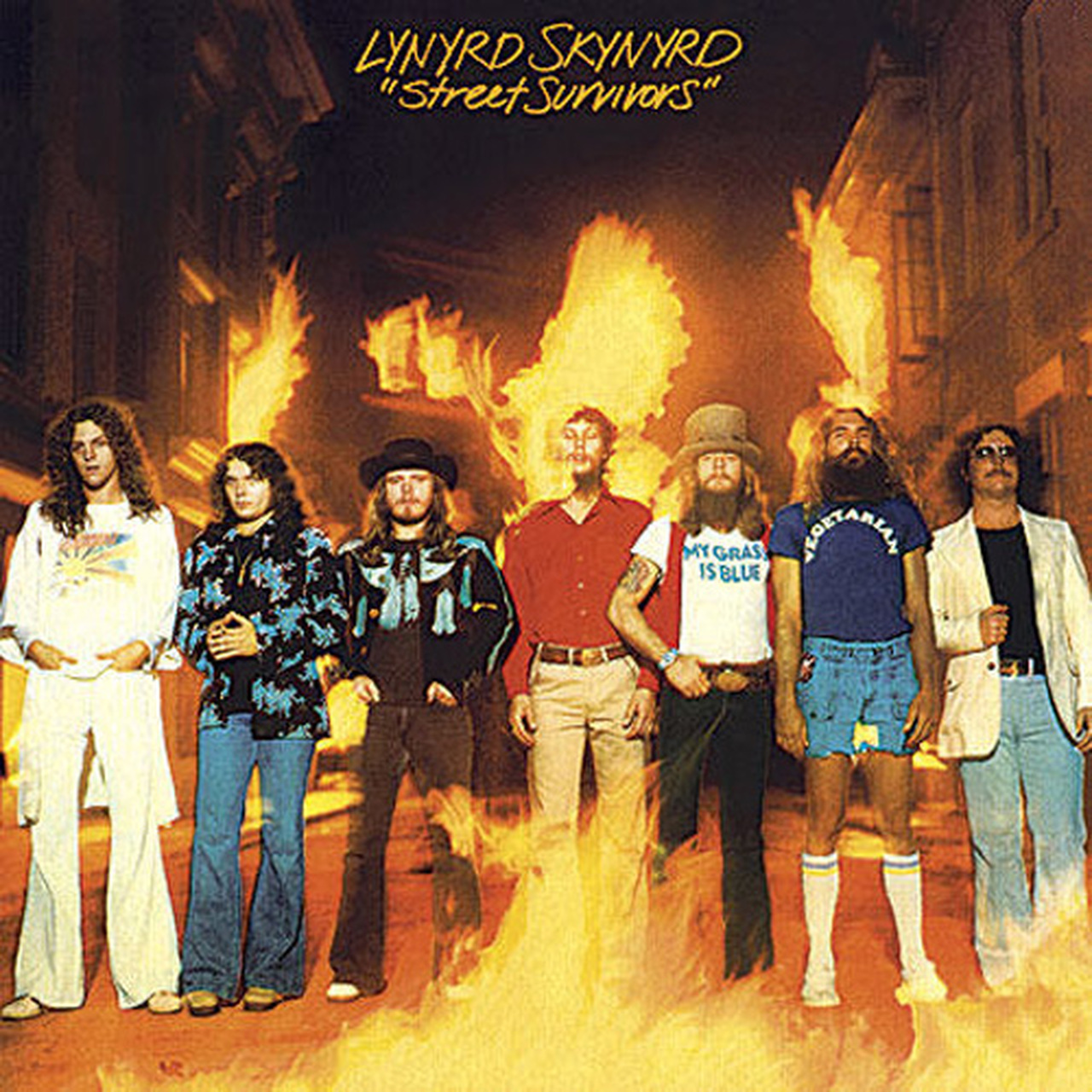