Knickerbocker Glory kicked off the third episode of The Masked Singer’s sister show, The Masked Dancer and left the panel scratching their heads as to who could be taking part. The character was one of five contestants battling it out to keep their place in the quirky singing contestant and they impressed with a routine performed to the track of All The Jazz from the musical, Chicago. However, with several clues hinting towards the celebrity having a connection to magic, viewers of the ITV show are sure Debbie McGee, 62, is showcasing her dancing skills. 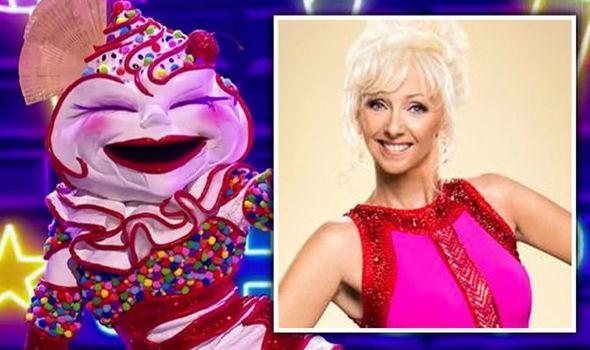 The clue package saw the quirky character playing around with magician’s props and this made fans think of Debbie because she was married to the late Paul Daniels.

Taking to Twitter, those watching at home shared their theories as one wrote: “Knickerbocker is Debbie McGee #MaskedDancerUK.”

“I said Debbie McGee first time seeing Knickerbocker and I stand by that even more so #MaskedDancerUK,” a fifth shared.