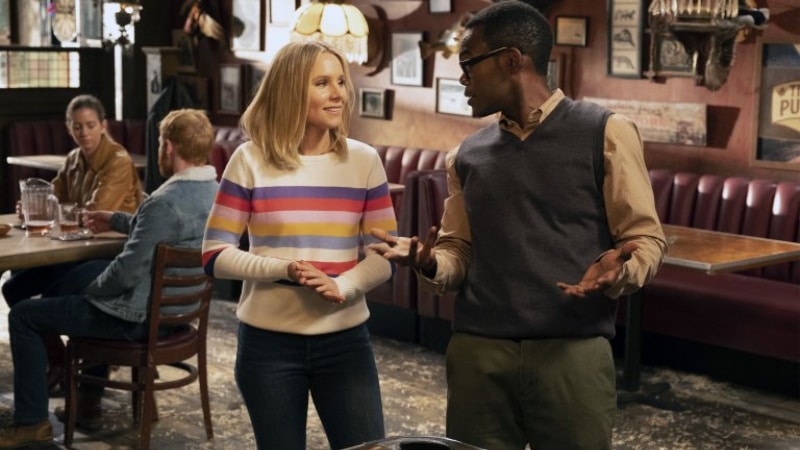 NBC is busy renewing their shows for the 2019 season and The Good Place was the second show to get renewed right after Will & Grace. The final episode of 2018  is set to air on Thursday, and NBC moved ahead with the renewal based on the show’s ratings this year.

There was no need to wait until the season had wrapped to determine whether it was worth moving forward. Season three is set to wrap up in late January. Even though NBC is moving ahead, the network has not revealed how many episodes will be in the fourth season.

The previous three seasons have all had 13 episodes, playing out between mid-September and ending in January the following year. And this is what fans of The Good Place should expect for the fourth season unless NBC announces other plans.

In other words, Season 4 appears to be moving forward with a September 2019 premiere date and will wrap up in January 2020. If for some reason, the season is less than 13 episodes, the show could end its fourth season in December 2019.

Tracey Pakosta and Lisa Katz from NBC revealed they were excited to see what the fourth season would bring. It sounds like NBC is thrilled with the idea of moving ahead with a full 13-episode season.

“Congratulations to Mike Schur and an exceptional cast and crew, all of whom collaborate to create a thoughtful, mind-bending and hysterical series unlike anything else on television. We can’t wait to see what unexpected stories the new season will bring,” read the statement.

You can catch the final fall episode of The Good Place this Thursday, December 6, at 8:30/7:30c on NBC and look forward to the final episodes of season three in January 2019.