The stars of The Golden Girls – Estelle Getty, Bea Arthur, Rue McClanahan, and Betty White – might have seemed like the best of friends during their seven-season run on NBC. But in reality, the actors’ relationships weren’t always quite as perfect as they seemed on-screen.

In particular, Arthur (who played the brash-talking character of Dorothy) and White (who took on the role of Minnesota nice-girl Rose) sometimes clashed behind the scenes. As for McClanahan, who played the man-eating Blanche, she got along well with both of them.

In her 2007 memoir, My First Five Husbands and the Ones Who Got Away: A Memoir, McClanahan opened up about the conflict between her co-stars on The Golden Girls – and how she really felt about Arthur. 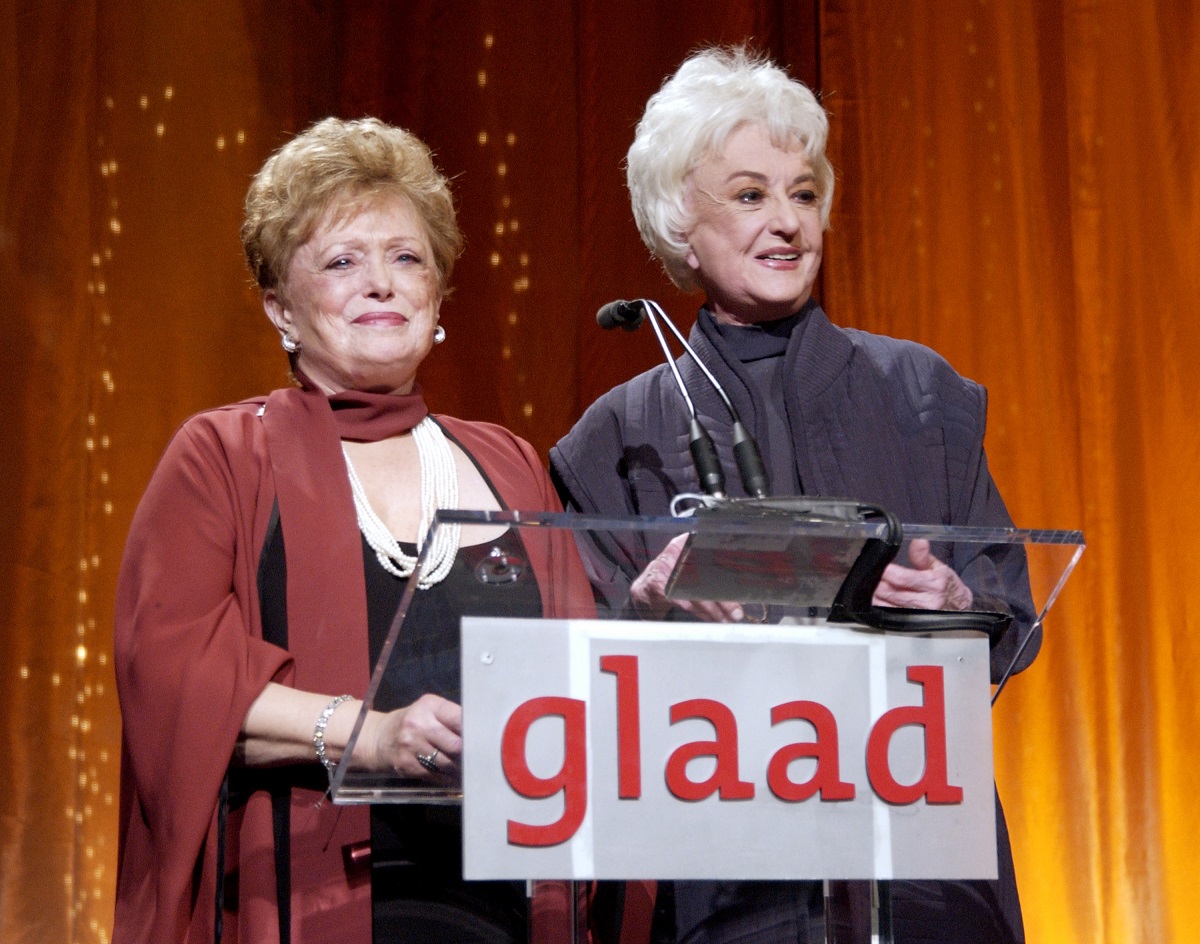 Bea Arthur and Betty White didn’t always get along

Rumors of a feud plagued White and Arthur for many years. White admitted that the sassier, more straight-talking Arthur seemed annoyed by her constant plucky optimism, which she believed Arthur thought was fake.

According to McClanahan, there were a few other reasons that Arthur might have been put off by White. White and McClanahan both won Emmy Awards for their roles on The Golden Girls – with White coming first in the lineup – before Arthur did, and McClanahan sensed a bit of jealousy.

“When Betty won the Emmy that first year, it didn’t seem to set well with Bea,” McClanahan wrote in her memoir. “Of course, she behaved impeccably in public, a composed pro on the red carpet, but behind closed doors, she seemed hurt and outraged.”

What’s more, White tended to break the fourth wall on The Golden Girls. After all, McClanahan mused, White was “a TV baby” who “always flirted with the crowd.” Meanwhile, Arthur was a seasoned theatre veteran, and breaking the fourth wall was a major no-no on the stage.

“Betty’s schmoozing with the audience seemed to get under Bea’s skin,” McClanahan wrote, adding: “Their relationship with each other wasn’t all I wished it could be, but it never interfered with their work.” 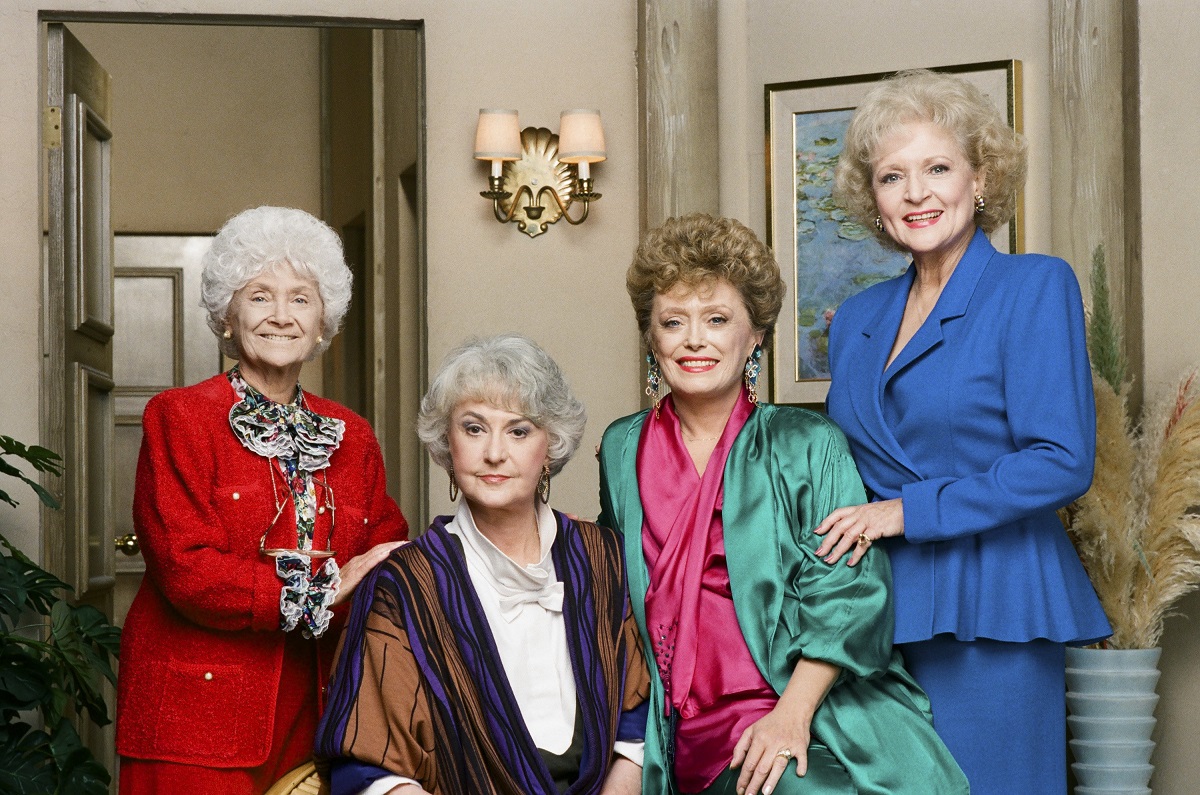 Rue McClanahan had no such problems with Bea Arthur

As for McClanahan, she actually worked with both Arthur and White before she landed her plum role alongside them on The Golden Girls.

On the sitcom Maude – an All in the Family spinoff, in which Arthur starred as the lead character – McClanahan played Maude’s scatterbrained best friend, Vivian. McClanahan and White both had roles on Mama’s Family, a spinoff of The Carol Burnett Show starring Vicki Lawrence.

Despite Arthur’s reputation for being serious-minded and somewhat intimidating, McClanahan never felt that way about playing Blanche to Arthur’s straight-shooting Dorothy. In fact, the Golden Girls star revealed she and Arthur “clicked from the start.”

It helped that McClanahan was assertive on her own terms. She took working with Arthur as a challenge, not a threat.

“I was never intimidated, but Bea threw the fear of God into a lot of other people,” McClanahan admitted.

When she first returned to New York after filming for Maude came to an end, McClanahan revealed that many people asked her whether she was “scared” to work with Arthur.

“Scared?” she always responded. “I had a ball! She was a kick in the pants!” 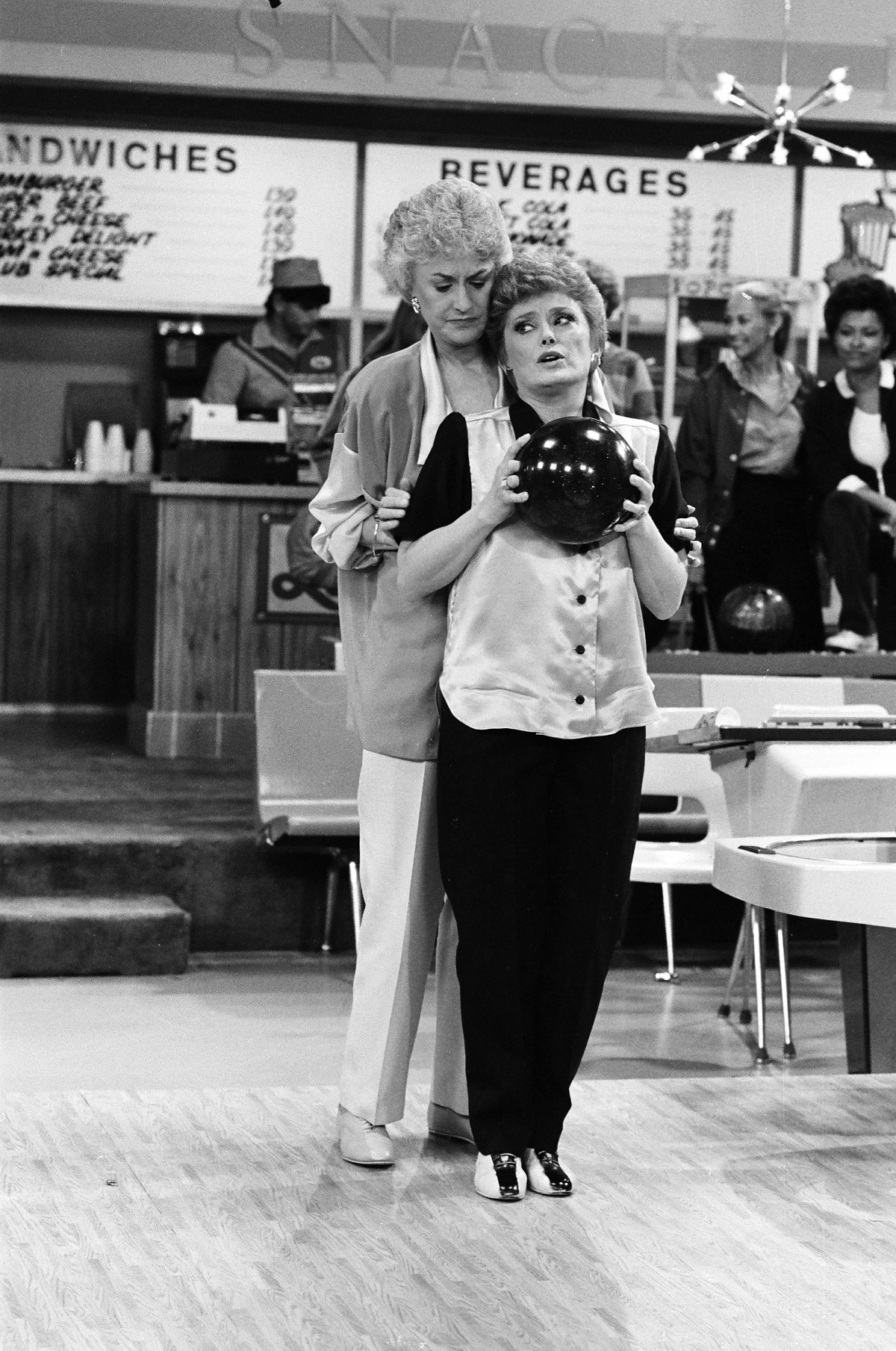 The ‘Golden Girls’ star said Arthur was full of contradictions

It’s not hard to see McClanahan as unintimidated by Arthur, who had a reputation for abiding by a strict work ethic on set and expecting others to do the same. McClanahan was a force of nature in her own right – she’d have to be, to make such daring choices in the role of Blanche.

But there were other reasons that McClanahan didn’t shy away in the face of her formidable co-star on Maude and The Golden Girls. She revealed that Arthur had a sensitive side and was easily hurt, especially when it came to comments about her work. Although she certainly had a sharp wit of her own, McClanahan revealed that her Golden Girls co-star “could be dissolved into tears by a careless remark.”

“Not everyone saw the Bea Arthur I came to know over the years,” McClanahan wrote. Indeed, when McClanahan’s mother died, Arthur was the first person she called after the funeral. The Maude star lovingly tucked her co-star into bed, and McClanahan said she would never forget the gentleness Arthur showed her.