When The Gilded Age returns to HBO for Season 2, it’ll do so with one less player in the game. 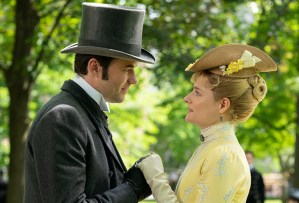 Thomas Cocquerel, who played Marian’s ex-fiancé Tom Raikes, will not return for the period drama’s sophomore outing, our sister site Deadline reports. So if you were hoping for some juicy drama between the exes next season, you’ll have to save it for your fan-fiction.

Combined with the show’s 11 returning actors (not including Cocquerel), that brings The Gilded Age to a whopping 24 series regulars for its sophomore season.

Your thoughts on how The Gilded Age is shaping up for Season 2? Drop ’em in a comment below.